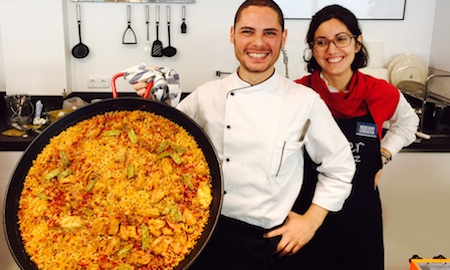 A private chef will make paella at the Mallorcan villa Wine-Knows has leased this September
The month of May on this Blog is being devoted to the foods and wines of Spain.  Many travelers would consider paella Spain's national dish, but most Spaniards would disagree.  Paella is from the southern part of the country near the Mediterranean coast, and is typically only seen on menus in the south.  (Yes, it's true that some northern tourists restaurants serve paella because of its popularity, but they are the exception).   The city of Valencia, located nearly midpoint on Spain's Mediterranean seaboard, is thought to have been ground zero for paella's humble origin.  Wine-Knows will have our first bite of paella on the island of Mallorca, located just off the coast from Valencia. 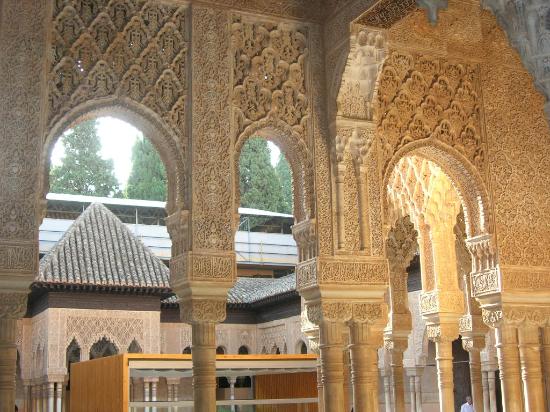 The Moors had a profound influence on Spain's architecture & gastronomy

Although created in Spain, paella would not be possible were it not for the Moors.  These north African Berbers invaded Spain in the 700's and ruled the country for nearly 800 years.  The Moors brought with them rice (the Spanish word for rice, arroz, is actually an Arabic word).  They also brought with them the knowledge regarding rice-farming.  The city of Valencia was one of the first coastal cities occupied by the Moors.  Valencia's surrounding wetlands proved to be a perfect spot for growing rice.  But, the Moors didn't stop there.  They also brought another signature ingredient for paella:  saffron.

Paella began in Valencia as a dish for the peasants who worked the nearby rice fields.  Cooked as a mid-day meal for workers over an open fire, paella contained what was available on the land:  rabbit, chicken, duck, snails, and green beans.  Saffron was used to flavor and color the dish, along with olive oil and broth from the cooking of the poultry. 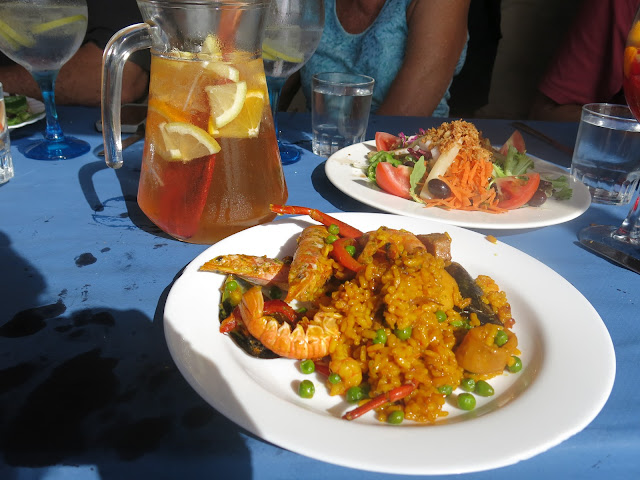 Seafood paella is especially popular on the island of Mallorca

Southern Spain's famous dish takes its name from the wide, shallow traditional pan that was used to cook it in the fields of Valencia.  (Paella actually means frying pan.)  Paella Valenciana ("in the style of Valencia"), today remains one of the most popular versions of the dish, and today still closely parallels the original recipe served to the rural laborers of centuries-past.   Seafood paella is another favorite---shrimps, clams, mussels, and squid replace poultry, and a seafood broth stands in for the poultry stock.  Saffron is used in broth.

Wine-Knows will be visiting southern Spain's Mediterranean where it all began.  In addition to Mallorca island, we'll also tour the don't-miss southern cities of Seville and Granada---both architectural Moorish gems.  There are only 2 spots remaining.