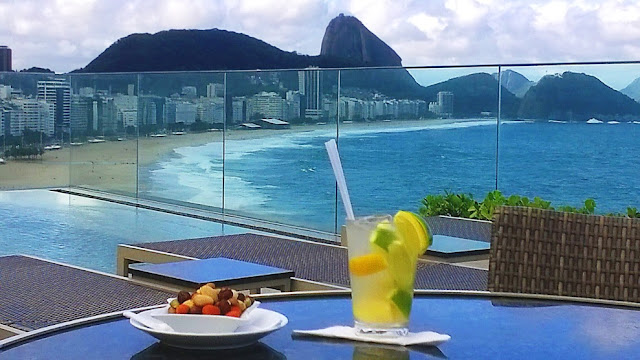 Posted by June Forkner-Dunn, PhD at 3:59 PM No comments:

Wine Knows had a private dinner at the top of this mountain, birthplace of Purple Angel

I’m in Chile with a group of Wine-Knows.  We’ve been drinking a lot of their Carmenere varietal and I’m falling in love with it all over again.  For those who don’t know Carmenere, it was brought to Chile in the 19th century by the French.  At the time it was a popular grape planted throughout Bordeaux and was reputed to have produced excellent wines.  But, the phylloxera bug wiped out most all of the vineyards in Europe in the late 1800’s.  Bordeaux replanted with Cabernet and Merlot as the Carmenere grape was difficult to ripen.

Carmenere was thought to be extinct until it was “discovered” in Chile in the 1990’s by a French team of scientists who visited Chile.   The French researchers were troubled by the appearance and character of the Chilean Merlot grape.  DNA analysis revealed that much of Chile’s Merlot was in fact the “lost” Carmenere grape from Bordeaux.

Genetic research shows that Carmenere is an early ancestor of Cabernet Sauvignon.  It shares many of the flavors of Cabernet:  red fruit, chocolate, tobacco and leather.  On the other hand, Carmenere’s tannins are far softer than Cab Sauvignon, making Carmenere much more approachable when young than Cabernet.

Carmenere means "crimson" in French, so it's no surprise that its color is a deep crimson.  In addition to a less tannic structure, Carmenere also offers another element I particularly enjoy:  spiciness!   Moreover, it also offers herbaceous notes (most often green bell pepper).  Both of these nuances mean that Carmenere pairs well with international dishes such as Mexico’s molé, Middle Eastern lamb prepared with mint, spicy Cuban-style roast pork, as well as Italy’s veal piccata (briny capers, lemon and garlic).  In short, Carmenere is a very versatile food wine.

If you haven’t experienced Carmenere you should.  If you’re ready to splurge, there’s none better than Montes’ Purple Angel which will set you back $60-70, but this is a world-class version of Carmenere by one of Chile’s most revered producers.  Montgras, on the other hand, served Wine-Knows a fabulous price/quality ratio last week (available in the US for about $15).

This “lost” varietal needs to found!  I highly recommend that you pick up several bottles and conduct a Lost Varietal Tasting among fellow wine lovers. 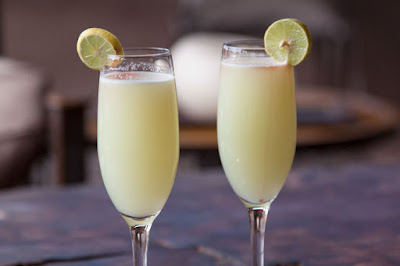 I am with a group of Wine-Knows touring the vineyards of Chile.  There’s only so much wine one can drink.  Besides, who could ever pass up another of Chile’s super-stars, its Pisco Sour?  Made from a type of grape brandy, this stunning aperitif has it all going-on!

The Pisco alcohol actually originated in Peru, but is now made today by both countries.   Spanish settlers in Peru in the 16th century began distilling the left-over grape must into a high-octane alcohol to mimic their native country’s brandy.  Soon its neighbor Chile began producing the spirit.  While Peru currently out produces Chile 3:1, Chile has much more stringent production rules for its Pisco.  In fact, Chile’s Pisco has its own D.O. zones---Pisco can only be produced from grapes grown in these two specific geographical areas of Chile.  Moreover, there are many Chilean laws to ensure quality.

There are many cocktails made from Pisco but my favorite by far is the Pisco Sour.  Think a type of blended margarita where Pisco replaces Tequila.   Another difference is the addition of an egg white (which thickens the texture but doesn’t have much influence on the taste).  The Peruvian version has the addition of bitters, however, the Chileans leave out this component.

Need a recipe?  Check it out:  http://wineknowstravel.blogspot.com/search?q=pisco

The good news is that you don’t have to go to South America to enjoy a Pisco Sour.  It is becoming more and more popular and is available in many liquor stores (BevMo carries it). 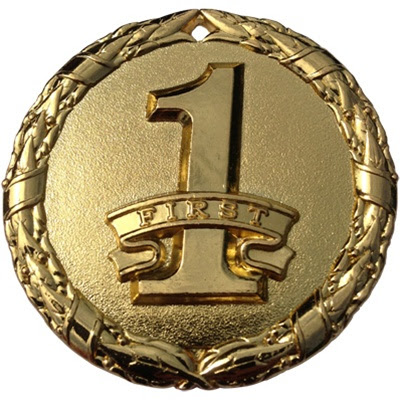