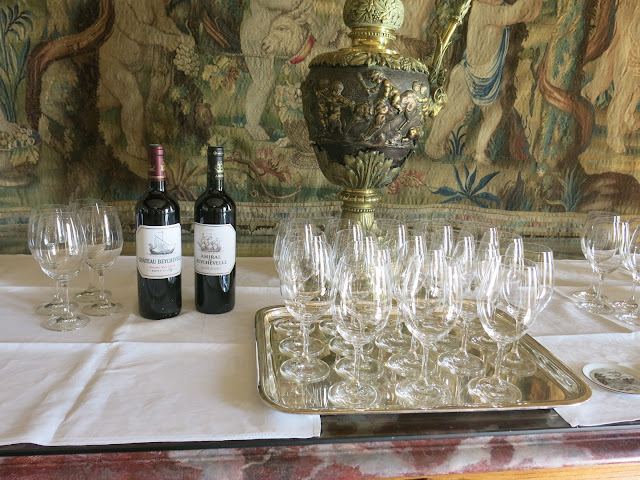 This is the second article in a four-part series on Bordeaux.  Today's article addresses what’s new in Bordeaux?   In many ways that’s an oxymoron as typically there is nothing new in this tradition-centric wine district.   For example, there’s only been one change in the Classification System of the Left Bank in the last 167 years, and that was when Mouton Rothschild was elevated to a First Growth in 1973.   But, there’s been a mammoth change recently.

French law has always dictated which exact grapes can be grown in Bordeaux---if it’s not on the approved list it’s against the law.  Up until last year, the only red grapes that were allowed to be grown for >100 years were the following five:

Similarly, white grapes grown in Bordeaux have legally been restricted for over a century to the following three:

Bordeaux has long been worried about global warming’s effect on grapes.  For the past ten years, the wine industry has invested beaucoup Euros in research to investigate potential new varietals that will fare better in higher temperatures.  Based upon this research, Bordeaux’s wine laws were recently changed to include the following grapes---all of these reds and whites have demonstrated to be more heat tolerant.

Currently, Bordeaux laws limit the above varietals to a maximum of 10% of the blend.  Those coming to Bordeaux for September's harvest tour may have a chance to barrel taste these new varietals.
Posted by June Forkner-Dunn, PhD at 1:00 AM No comments: