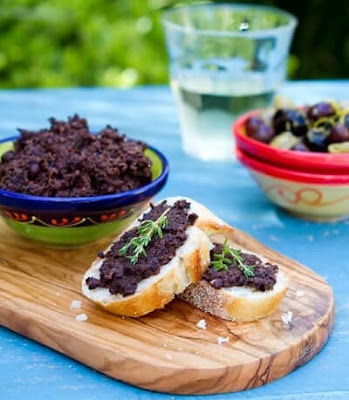 I am a raving fan of tapenade.   A popular olive spread in the south of France for centuries, typical Provençal tapenade is made with olives, olive oil, anchovies, capers, garlic, and herbs of Provence---all pulverized into a puree of spreadable yumminess.  Although it’s closely associated with Provence today, the first tapenade just might have been invented by the Italians.

Olive spreads have been referenced in ancient Roman cookbooks for nearly 2,000 years.  A written recipe for an olive-caper spread appeared in 150 BC in a book written by Cato (a Senator and historian in the Roman Empire).   Currently in Italy, an olive spread is often used on a panini in northern Italy. 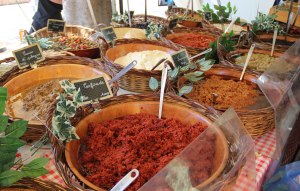 Tapenade, however, remains a classical food item associated with Provence.  While the traditional recipe features tiny Niçoise olives (a varietal from the area of Nice, it’s small but packs a punch for flavor), tapenade can be made with any varietal of olives.  Go to an outdoor market in the south of France and you’ll often see tapenade vendors selling their spreads in a huge variety of flavors other than the one made with Niçoise olives:  green tapenade made with green olives, Kalamata olives, mixed olives.  There are also non-traditional tapenade in every flavor of fruit and veggies possible.  Tapenade has become synonymous with an olive base spread in which anything else can be added. 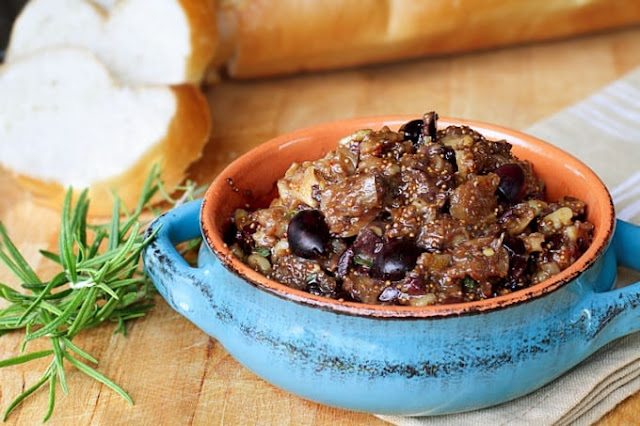 One of my favorite recipes is from David Lebowtiz, an American foodie living in Paris.  His rendition uses dried figs.   https://www.davidlebovitz.com/top-tapenade-ti/
Another fave is Wolfgang Puck who uses both black and green olives.  I really like the depth of flavor of this one.  Add a log of goat cheese and some magnificent bread….voila!      https://www.epicurious.com/recipes/food/views/black-and-green-olive-tapenade-234059

Wine-Knows will be conducting a tour in 2022 to the estate in Provence where Julia Child wrote her iconic cookbook, Mastering the Art of French Cooking.  One week in 2022 is sold out, but we've added a second week.  This second week is now available for viewing on our website:   http://www.wineknowstravel.com/julia-2022-1-itinerary/ 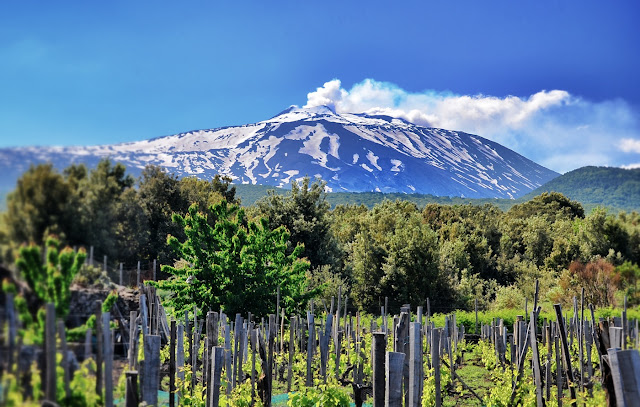 Sicily is a treasure trove on so many levels.  Not only does it offer some of the best preserved Greek temples in the world, ancient Roman mosaics, stupendous natural beauty, and an intriguing cuisine, but Sicily also produces world-class wines.   The island’s volcanic soil creates wines of great depth and complexity.  Here are seven of my favorite wineries. 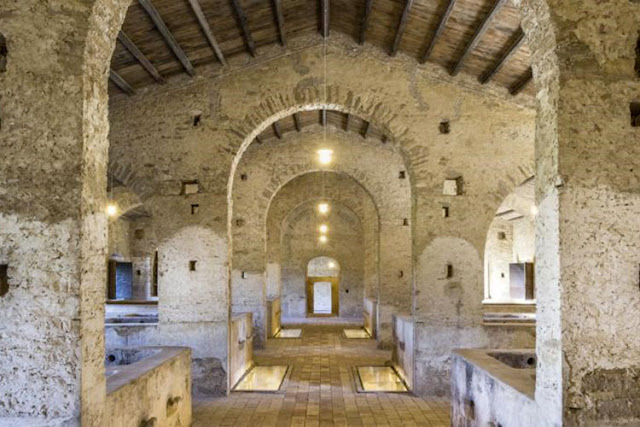 Feudi di Pisciotto
An ancient winery from the 1700’s, this farm estate (“feudo”) is a perfect example of modern meets traditional.  Now a destination location right out of the set of a James Bond movie, you can imbibe, dine, and then overnight in its historic rooms.   But, the winery’s intense and concentrated wines are the real star of this show.

Fave:  Their Cerasuolo (a blend of Nero d'Avola and Frappato) is Bond-worthy. 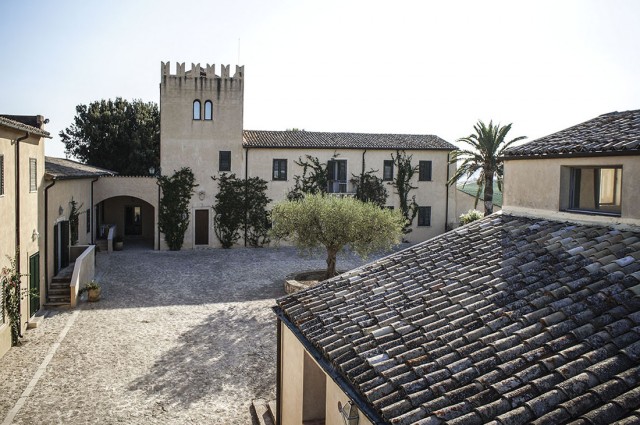 Fave:  Their Syrah is a prince! 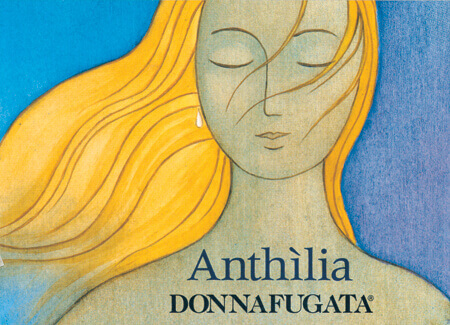 Donnafugata
One of Italy’s most iconic wines, Donnafugata is easily recognized by its famous label, a woman’s head with a shock of windblown hair.  The woman is the Queen of Naples & Sardinia who in 1805 fled from Napoleon’s invading troops and took refuge in Sicily.  Donnafugata literally means the “woman in flight.”

Fave:  Mille e Una Notte, which translates to a million and one nights.   I'll bet a million to one that you'll love it. 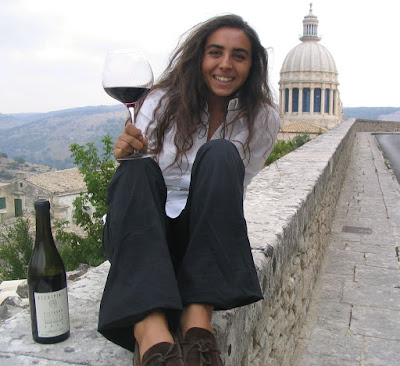 Arianna Occhipenti is one of the island's foremost super-stars

Occhipenti
This is another female-centric brand but rather than a fleeing Queen, this winery has a female owner and winemaker (not that long ago this was an oxymoron in Sicily).   Highly respected by international wine lovers and wine critics, Occhipenti produces some gorgeous wines.

Fave:  Frappato, a light-in-tannin summer red, is a heavy hitter for complexity. 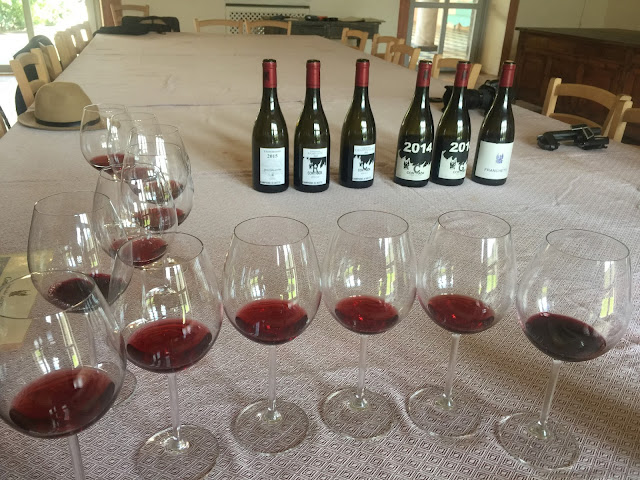 Passopisciaro
With grapes literally grown on the slopes of Mt Etna, these wines offer exceptional character and finesse due to their unique volcanic terroir.  Think earth-shaking fruit meets seismic minerality.

Fave:  Contrada Sciaranova is a seductive red with a long finish. 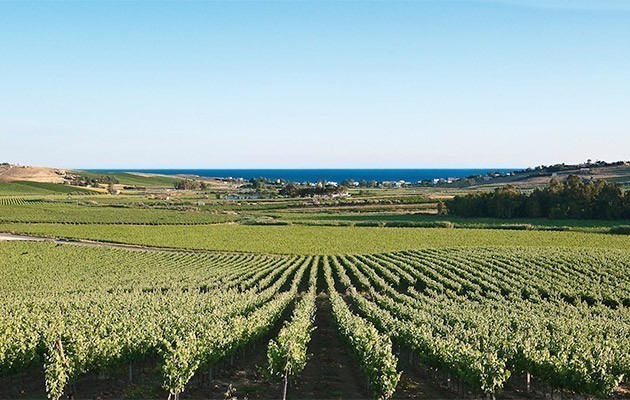 Planeta
The Planeta family is the mover-and-shaker wine family of Sicily.  Owning >1,000 acres of vines spread across the island’s most prestigious wine districts, Planeta is synonymous with quality, innovation, and business acumen.

Fave:  Etna Bianco, a white from grapes grown on the volcano Mt Etna, just might cause the earth to move. 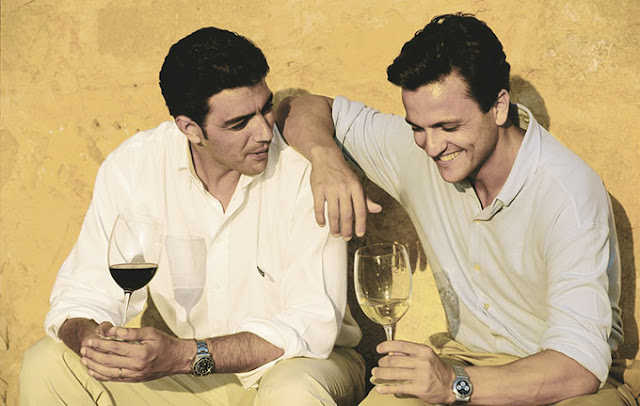 The Cusumano brothers, who founded their winery in 2001, are the new kids on the block

Cusumano
The Cusumano family has been making wine for generations, however, as a winery they are a bambino (opened in 2003).   Now one of Sicily's iconic producers, Cusumano owns 1,000 acres of vineyards spread across the island, and exports to 60 countries.

Fave:  Etna Bianco Alta Mora, a white grown on the slopes of Mt Etna---it will knock your socks off.

If you’re joining Wine-Knows in Sicily this autumn you’ll visit all of these wineries.  Moreover, in addition to dining in the castle of Feudo di Principi Butera, you’ll be staying on the charismatic Feudi Pisciotto estate, Planeta’s wine property overlooking the sea, as well as the Planeta family’s former palace in the heart of downtown Palermo. 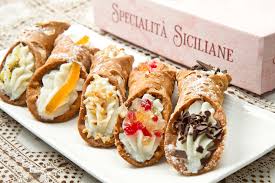 Ingredients in Sicily's signature cannoli were brought by the Greeks, Arabs & Spaniards

The Mediterranean’s largest island….and perhaps the most beautiful….is a mecca for food lovers.  The original fusion cuisine, Sicily’s food is an interesting tapestry reflecting its diverse conquerors.  Greeks, Arabs, Romans, Normans and Spaniards have all left their culinary footprint and created one of the world’s most fascinating cuisines.  Many of the foods classically associated with Italy such as pasta, ricotta, mozzarella, gelato and even wine grapes are thought to have been brought to Italy via Sicily. 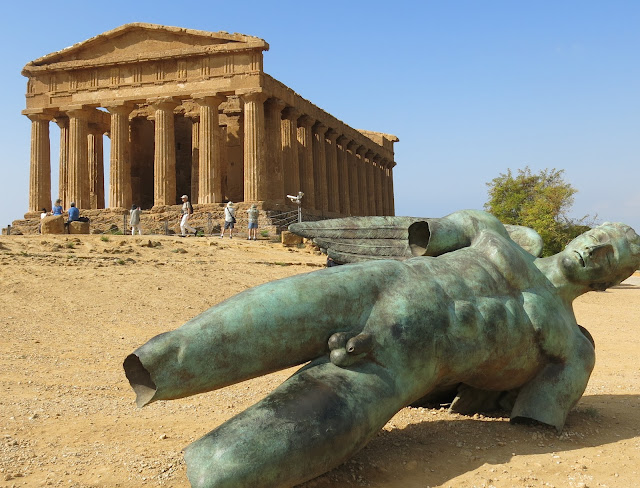 The Greeks first arrived in Italy 750 BC on the island of Sicily.  They founded the city of Syracuse, a city-state that became one of the most powerful in the entire Mediterranean.  Food items were brought by the Greeks such as wheat, figs, pomegranates, capers and olives---unknown to the island at the time, these foods remain an important part of Sicily’s profile today.  The Greeks also brought the know-how for turning goat and sheep milk into a cheese that closely resembles modern ricotta.  Last, but not least, the Greek explorers introduced grapes and developed a considerable reputation for Sicilian wines in the centuries leading up to the birth of Christ. 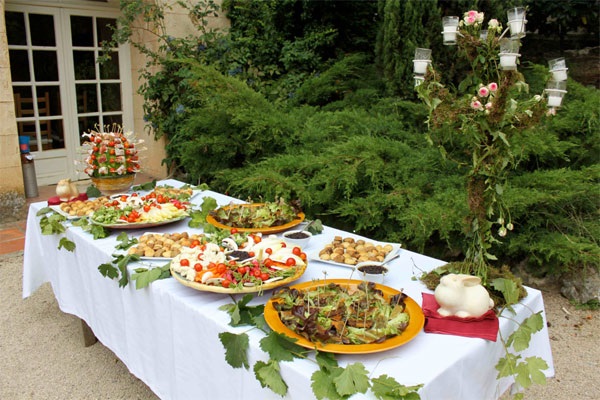 Fast forward nearly 1,500 years and the Arabs arrive Sicilian shores.  The Arabs left a profound imprint on the island’s gastronomy.   Water buffalo was introduced to Italy first by the Arabs in Sicily----this buffalo milk is still required in making Italy’s authentic mozzarella.  Arabs also brought rice and sugar cane, both of which became cash crops for Sicily and remain staples in any Sicilian kitchen.   Gelato also owes its origin to the Arabs, as does possibly pasta.  Many food historians believe that Arabs, who had acquired the method of pasta-making from the Chinese, created the first pasta in Sicily.

Most importantly, however, the Arabs brought with them advanced irrigation techniques that turned a dry island into a fertile garden of Eden.  Orange and lemon orchards (what would Italy be without Limoncello?) that are seen throughout Sicily today owe their heritage to the Arabs....as does Sicily’s ubiquitous eggplant, melon, pistachio and pine nut. 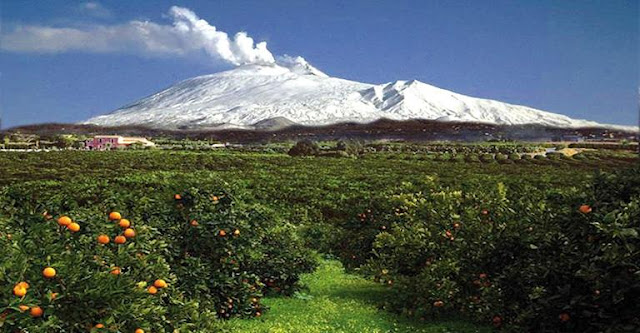 Citrus, brought by the Arabs, grows throughout the island in rich volcanic soil

While the Arabs introduced a plethora of new foods to Sicily which then worked their way up through Italy, some of the greatest Arabic gifts to Sicily’s culinary scene are spices.  Saffron, cinnamon, cloves, and nutmeg were all introduced first to Italy via Sicily.   Some of Sicily's most decadent pastas feature saffron.   The island's most epoch desserts are laced with cinnamon, cloves or nutmeg.

Next, the Normans discovered Sicily in the 11th century.  Their genius of preserving fish transformed Sicily's sardine industry.  Five hundred years later the Spaniards arrived with tomatoes, peppers and chocolate brought back from their discoveries in the New World.  All of these three remain a fundamental part of Sicily’s culinary fabric. 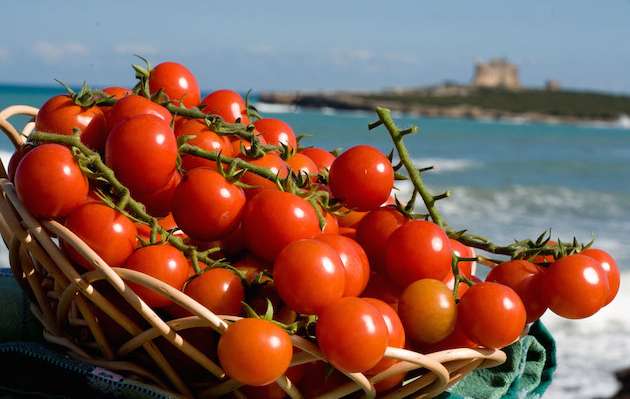 Modern Sicily has a different gastronomic profile from mainland Italy.  Out of all of its many past invaders, the Arabs have exerted the most dramatic influence on Sicilian cuisine.  This island is a treasure trove for foodies seeking an exotic epicurean adventure.  If you’re coming with Wine-Knows this autumn to Sicily, you are in for a serious culinary treat. 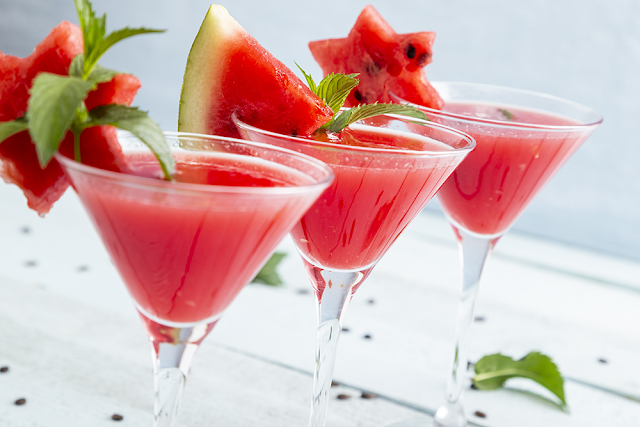 One of my dearest friends has a milestone birthday this weekend.  Friends are flying in from all over the country to help her celebrate at a swanky estate she’s rented in Carmel Valley.   I’ve offered to cook one of the dinners and in consultation with the birthday girl, a Vietnamese menu was chosen (several of us were in Vietnam recently with Wine Knows).   To kick off the evening I decided to concoct a Vietnam-inspired cocktail to honor her.

Red is a sacred color in the Vietnamese culture---their symbol of luck, happiness, celebration, and love (it’s no surprise why the flag of Vietnam is red).  Hence, when creating a recipe for the aperitif, summer's luscious watermelon immediately came to mind. The birthday girl loves Aperol, so I decided to incorporate this vibrant orange-red aperitif into the cocktail to intensify the watermelon color.  She also adores bubbly drinks as well as Rosé, thus I elected to combine both in the form of a sparkling Rosé.

Ginger and lemongrass are classical flavors found in Vietnamese cooking.  To get these flavors well incorporated, I decided to infuse vodka with ginger and lemon grass. Concerned about the drink's alcohol content (especially in the heat of summer), I chose to offset it by adding some sparkling water to the drink.

Here’s the aperitif which I named “Carolini” in honor of the birthday girl, Carolina.

1.  One week in advance, place ginger and lemongrass in a clean glass jar.  Pour over vodka.  Seal and store for a week.   Strain before using.

2.  Place watermelon in a food processor until it is liquefied.  Strain and discard any solids.

3.  Make sure all ingredients are well chilled on the day of serving.

4.  A few hours prior to serving pour all (with the exception of the Rosé and water) into a large pitcher.

5.  Just prior to serving, add the bottle of sparkling Rose and stir.

6.  Decorate with shaved ginger, or a stalk of lemon grass, and/or mint with a slice of watermelon  (serve in either a martini glass or high-ball glass filled with ice).