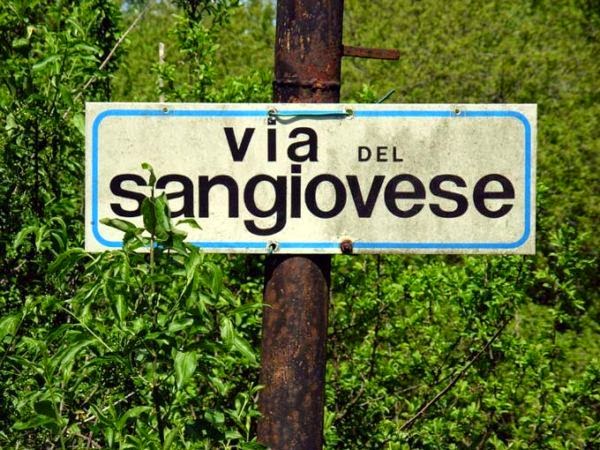 Sangiovese is the most planted red grape in all of Italy…considering the huge amount of vines and the number of grape varieties that’s saying something.  The largest percentage of Sangiovese is in Central Italy (Tuscany and Umbria).  But, the grape is planted in nearly every nook and cranny of Italy, including Sicily in the far south.
Considered the work-horse varietal of Italy, Sangiovese produces everything from table wine in straw flasks to premium wines that sell for hundreds of Euro’s a bottle.  In addition to red, it is used to make rosé, as well as sparkling wines.  Vin Santo, Italy’s hallmark dessert wine, is also vinified from Sangiovese.

Sangiovese is not as aromatic as other reds such as Cabernet, Syrah or Pinot Noir.  For flavor profile, think red fruit.  A young Sangiovese offers flavors of strawberries, often with a hint of spice.  As the wine ages, it readily takes on darker red fruit flavors such as plum and tart cherry.   Herbal notes can be present, as can floral notes such as dried roses.  Sangiovese is fairly acidic with a good amount of tannins, hence, is typically aged in neutral barrels so to not intensify the already tannic structure.

Coming with us on the 2015 villa rental trip to Tuscany and Umbria?  We’ll be sampling several versions of Sangiovese, including the increasingly popular Super-Tuscans (international varieties that are often mixed with Tuscany’s Sangiovese).  If you don’t have a seat on this trip, it is sold out with a waiting list…but don’t wait to try Sangiovese.

One of the Best Wine Seminars 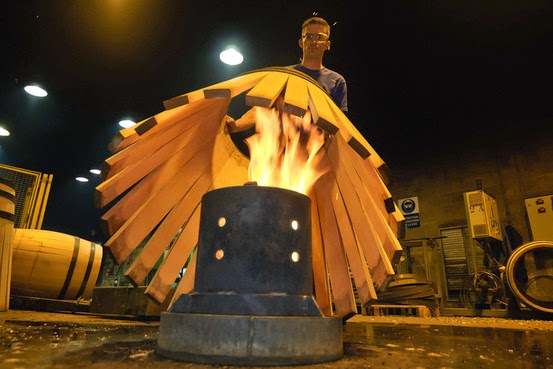 Barrel toasting can add many complexities to wine

Have you ever wondered why flavors such as mocha or caramel are present in wine?  I’ve been a member of the Society of Wine Educators since 1982.  The society has an annual conference drawing attendees and speakers from countries around the globe.  Over the course of 3-4 days, attendees have the opportunity to taste hundreds of wines in formal seminars that are conducted several times throughout each day.  One of the most enlightening break-out sessions in my nearly 30 conferences was a seminar on the effect of the barrel’s toast level on a wine.

First, let’s discuss toasting.  Oak barrels are “toasted” (or charred) with fire to impart complexity to the wine.  Toast levels can vary from low intensity up to a heavy char.   A winemaker chooses the degree of toasting depending upon exactly what he/she wants to accomplish in their final product.  Some winemakers even choose a variety of different toast levels and then blend the barrels for even more complexity.

Now, back to that fascinating seminar on barrel toast.  The winery that sponsored this session had conducted an experiment over the prior year using one wine.  This white varietal wine that had only been in stainless steel served as the “control wine.”  The control had then placed in 4 different oak barrels—one with light toast, another with medium, a third with medium plus, and the last with heavy toast.  Seminar participants first acquainted themselves with the unmanipulated control wine, then moved through the varying toasts to learn the nuances of each level of toasting on the mother wine.  This exercise was one of the best learning experiences I’ve ever had related to wine.

Below is a general summary of how barrel toasting can influence the final flavor profiles in a wine: 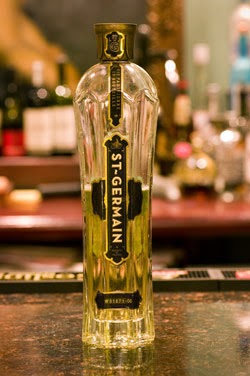 Saint Germain’s bottle has to be one of the greatest marketing coups I’ve known.  How could it not intrigue?  How could it not tantalize?  How could you not want to know what this sexy fashionista was all about?  The art deco inspired packaging wreaks of the glamour and romance associated with this bygone era.  But, let me be very clear:  this is not a one-night-stand kind of liqueur.  Cocktails made from this elegant concoction will have you coming back for more…and more.

What is Saint Germain?   Produced in an artisanal manner, it is made from elder flowers in France.  These tiny flowers bloom on the hillsides of the French Alps during only a very short period in the spring.  They are carefully hand-picked and immediately macerated to preserve their fresh flavors.  (Each bottle of Saint Germain is numbered with a system that reflects the year in which the flowers were picked).  The exact recipe is closely guarded, but the finished liqueur offers distinctive warm floral flavors, along with pear and lychee notes.

Never heard of Saint Germain?  You will.  It’s been around for about 7 years and is becoming increasingly popular for cocktails, especially in the US.   In fact, the New York Times credits this enticing liquid for “almost single-handedly invigorated the moribund liqueur category.”   In France, on the other hand, Saint Germain is not only used in a Champagne cocktail (which is how I was first seduced by it), but in desserts.

My favorite concoction, however, was served at this year’s annual meeting of the Society of Wine Educators:

Shake with ice and pour into a martini glass, and leave the rest to Saint Germain.

For those of you who couldn’t make the October trip to Sicilia, here are my thoughts on the “best of the best,” listed in alpha order:

Baglio di Pianetto
Wine-Knows ends our Sicilian tours at the special villa that is owned by Count Marzotto, one of Italy’s largest patron of the arts, as well as one of the country’s most powerful wine-moguls.  The Count’s chief winemaker (who presides over all of Marzotto’s wine empire), flew down from northern Italy to welcome our group.  The most compelling wine was the 2007 Salici, a Merlot that had been aged in a combination of new French oak and stainless.   While the vintage is difficult to find, it’s worth seeking out.    $30 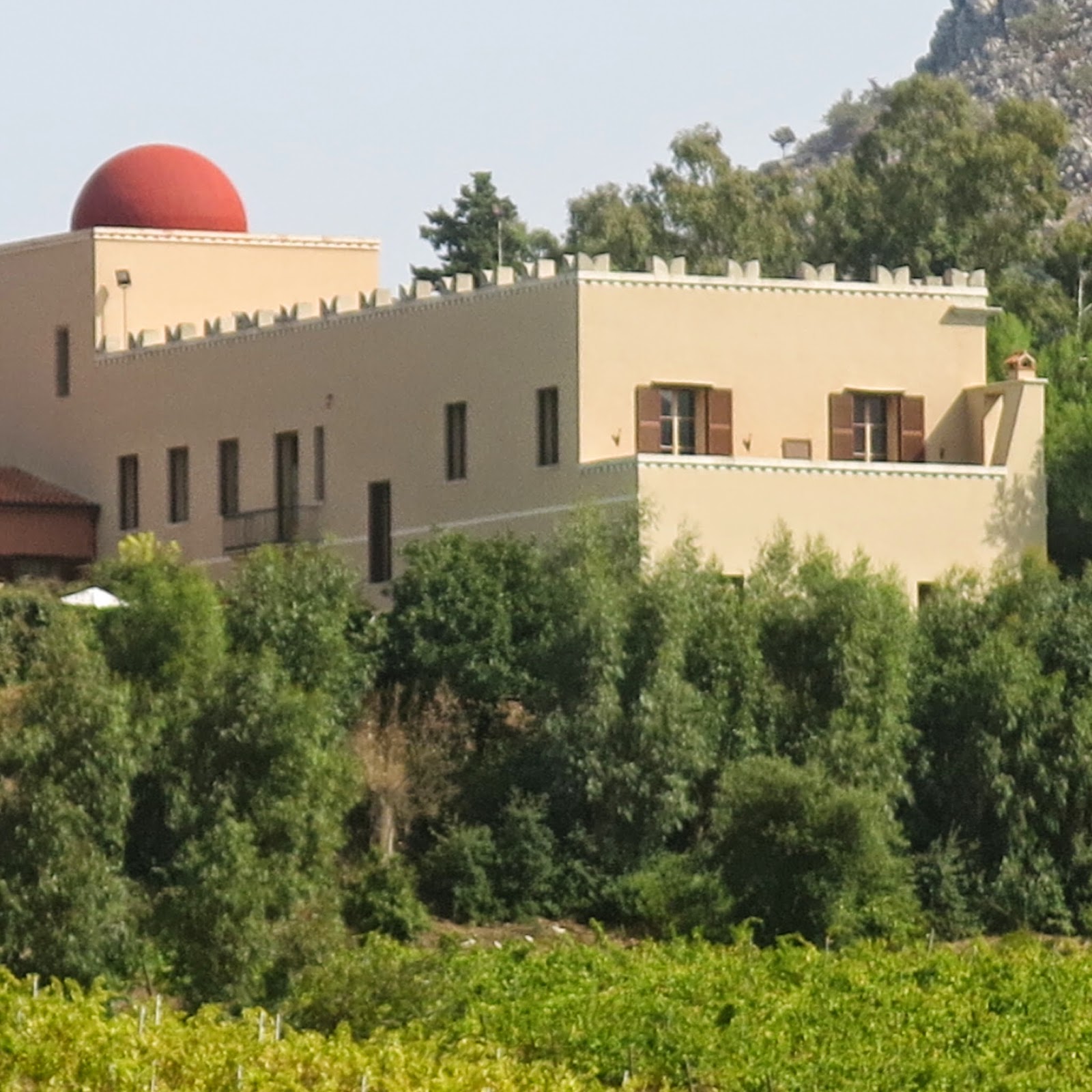 Donnafugata
One of my perennial favorites in which to bring our Wine-Knows groups, Donnafugata’s private country is spectacular.  Our private dinner here began with an aperitivo in the gorgeous garden just as the sun was setting.  This wine which was served to “wet our appetite,” is one of my most beloved in Sicily and is made from a relative of the Muscat grape.  Sicilians call the varietal Zibbibo, and Donnafugata has named their version Lighea.  This Zibbibo is bone dry, offering a rich bouquet of peaches and floral nuances such as roses and orange blossoms.  Love, love, love it.    $20 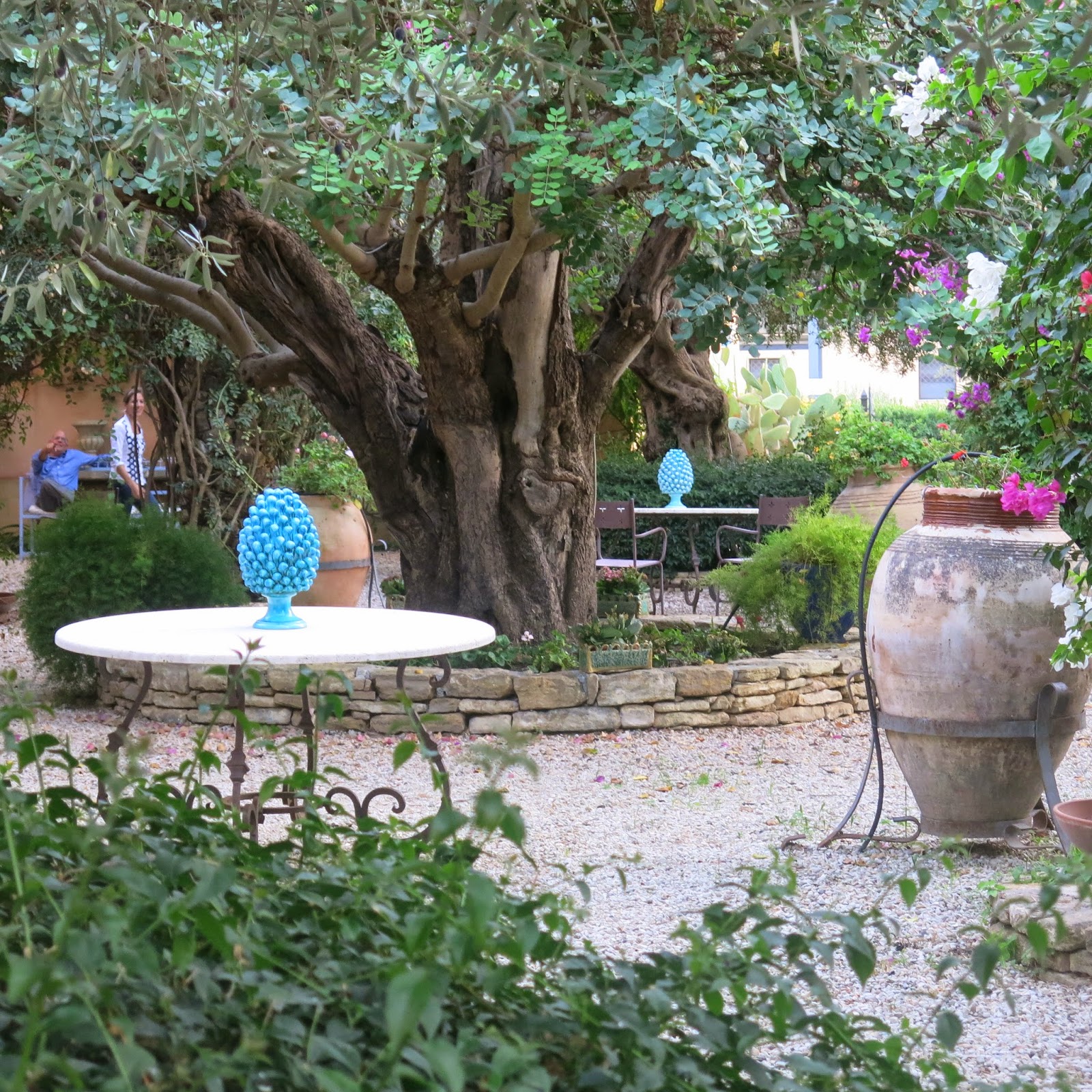 Feudi Del Pisciotto
This winery was dazzling.  Once a former village, the entire small hill-top hamlet has been purchased by the winery.  Former homes have been converted into hotel rooms, other homes are slated for a restaurant and holiday apartments.  The church is now a stunning setting for wine-related events such as the private tasting held for Wine-Knows.  Each wine is named after the Italian fashion designer who created its work-of-art label (e.g. Versace, Brioni, Valentino).  Carolina Marengo’s seductive label had me at hello, but it was what inside that stole my heart.  This killer wine, made from the 2012 vintage of Grillo, was a luscious taste of the nearby sea, mixed with complex layers of apricots and pineapple.  I brought this bottle home to my husband.  Need I say more?   $35 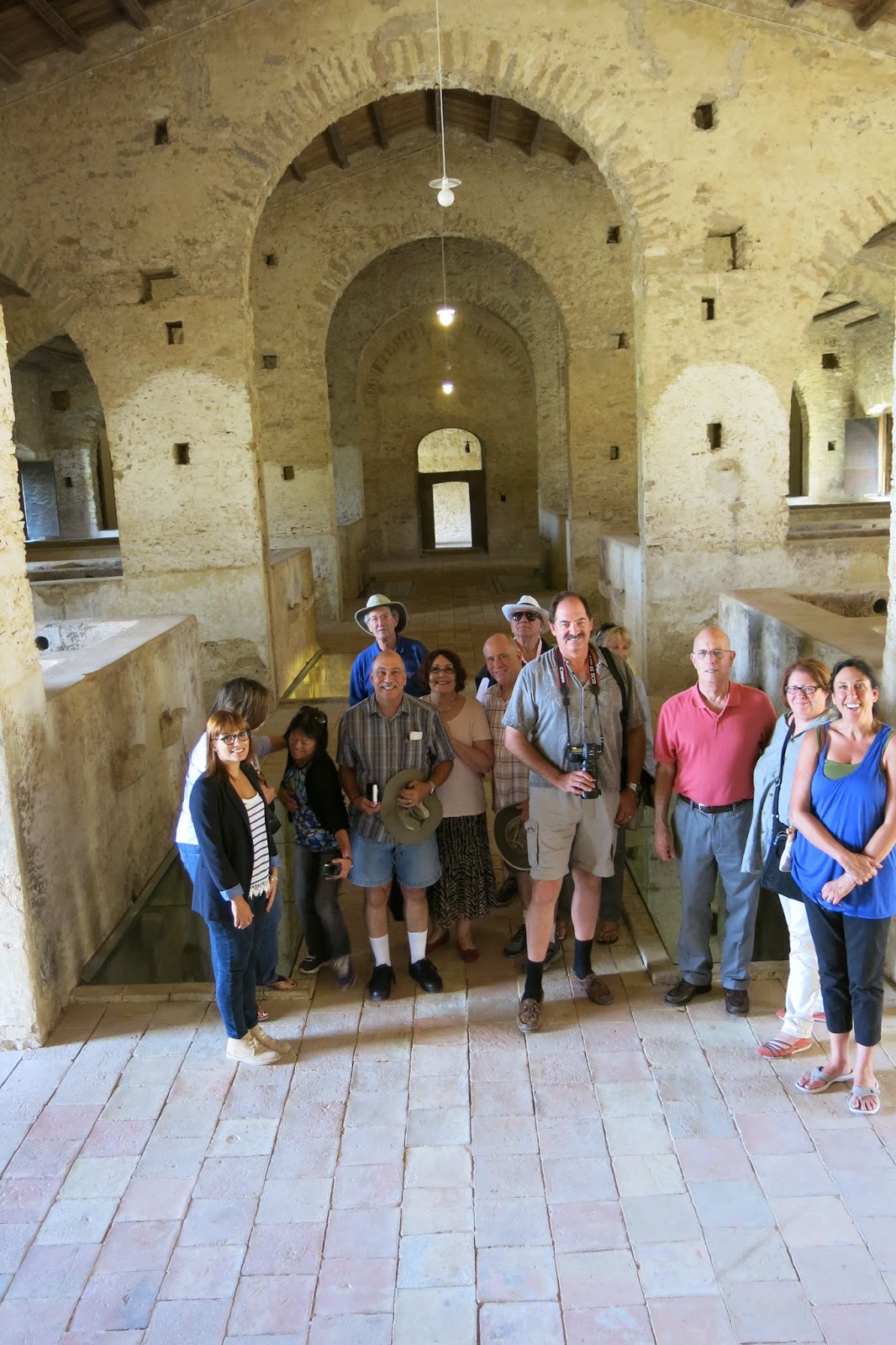 A church turned into a winery reception area.

Gulfi
Asking to choose a favorite at this very special property (a Napa-esque estate built with a mega Euro fortune) is like asking a parent to name their favorite child.  What I will say, however, is that the *best buy* at Gulfi is probably their well-crafted Cerasuolo di Vittoria 2012, Sicily’s only DOCG.  Made from a combination of Nero d’Avola and Frappato ( a lighter, strawberry nuanced wine), Gulfi’s rendition is sublime for its price tag.  Should you ever visit Sicily, consider staying on this property and definitely dine in their restaurant---one of the best meals of  Wine-Knows’ recent tour.   $25 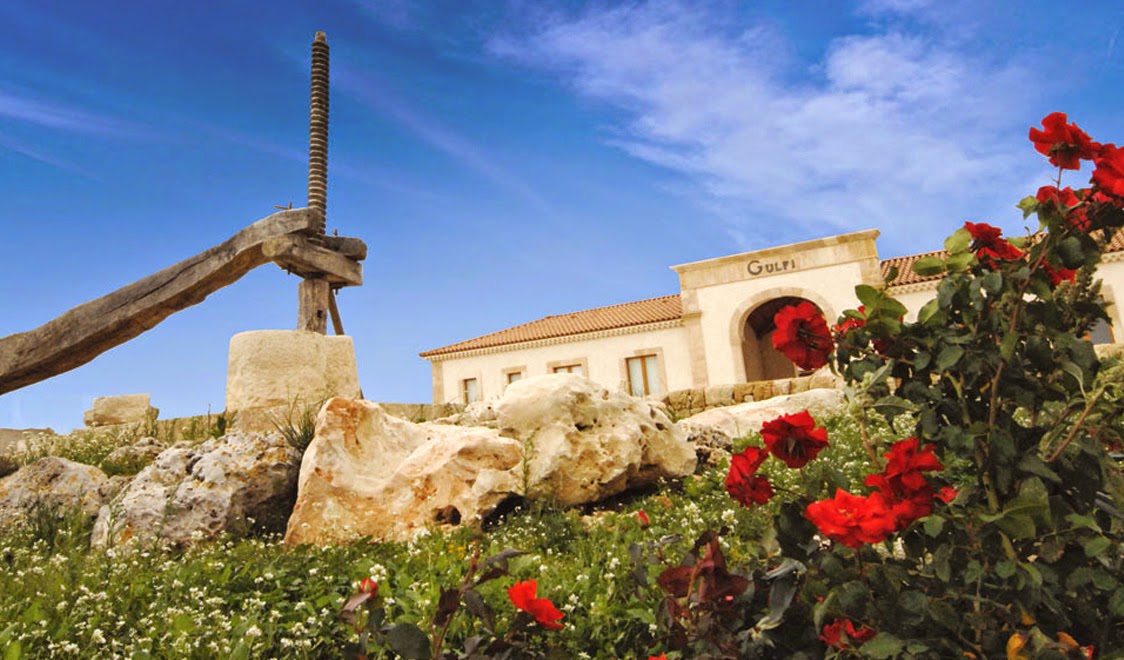 A winery, a destination restaurant & a B&B

Passopisciaro
Mount Etna has the highest vineyards in Europe.  This Etna winery produces single vineyard wine which they call “contrada.”   A contrada is actually a specific lava path where super-heated magma once flowed down the sides of the still active volcano.  These contradas are comprised of decomposed, mineral rich volcanic soil.   Their Contrada R 2012 was a knock-out.  Made from Nerello Mascalese (which are only grown on Etna), these grapes came from 100 year old vines.  The result was a complex eruption in my mouth of layers of red-fruit mixed with beautiful mineral nuances.   $50 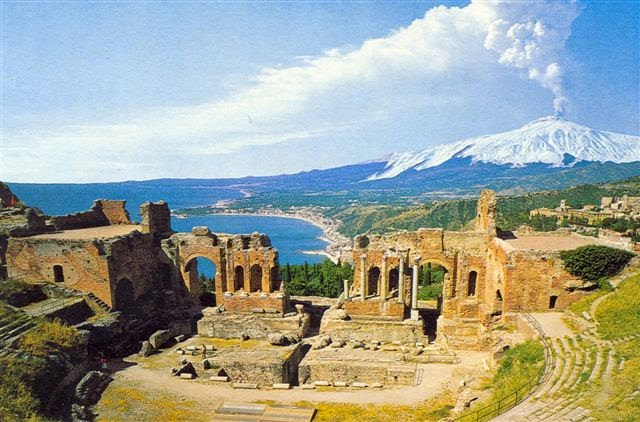 Etna exerts a tremendous effect over the entire island's terroir

Riofavara
Located in Sicily far southeastern corner, the limestone soils of this winery offer one of the island’s premier spots for growing the Nero d’Avola varietal.  Only grown in Sicily, this grape is becoming more and more popular for oenophiles.  An aged “Nero,” can offer complex aromas of leather, cocoa, licorice and cinnamon, with mineral overlays of mint.  Riofavara’s Schiavé 2010 was all of this and more.  Kermit Lynch in Berkeley, Ca. is the importer.   $30 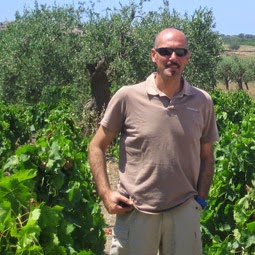 The owner & winemaker of Riofavara conducted a private tasting


This was my first time to visit Sicily’s largest producer, but it won’t be my last.  Our private tasting here was led by one of the winemakers who presented an impressive lineup of the winery’s top tier, Mandrarossa.   I couldn’t decide between the heavenly white Santa Nella 2012 (crafted most from the local Fiano grape with a sprinkling of Chenin Blanc) and the Bonera 2013, a fabulous blend of half Cabernet Franc and half Nero d’Avola.  Again, all 8 wines we tasted during the formal 2 hour seminar were well made. 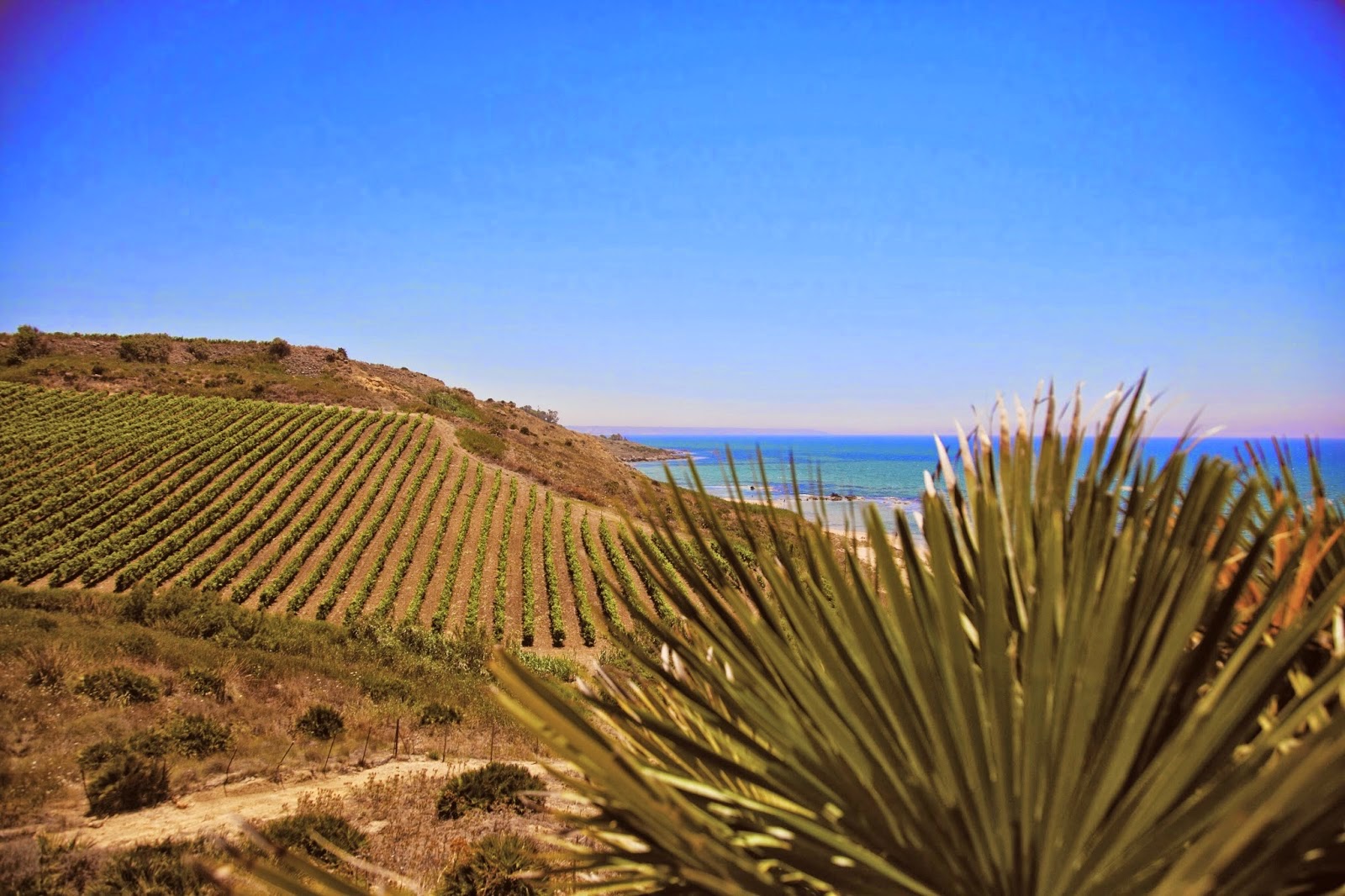 The taste of the sea was evident in MandraRossa wines
Posted by June Forkner-Dunn, PhD at 1:00 PM No comments: