Rosé Sales are in the Pink 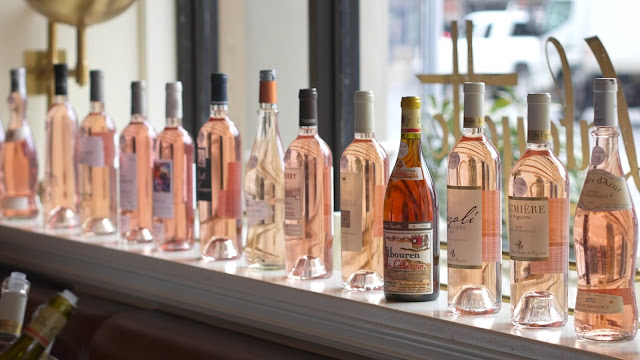 Rosé, once a step-child, has now gone mainstream

Ten years ago I began a mission of what I termed as “reverse snobbism.”  My  challenge was to change the perception of Rosé wine from an unsophisticated white Zin to a beverage that even a bon vivant would appreciate.   I received some concerned stares when I began several dinner parties with a dry French Rosé, especially from those who had not traveled to the south of France.  I am happy to say that I no longer get those looks.   Everyone now has jumped on the Rosé bandwagon, including a vodka producer who just released a Rosé vodka.

Rosé has become the new hipster drink.  Angelina Jolie & Brad Pitt's purchase a few years ago of one of France's star producers of Rosé certainly didn't hurt promotion of the pink.  Last year sales of Rosé in the US escalated 50% ringing in at nearly $250 million.   But, there may be a lot more room for continued growth.  While many Americans still view Rosé primarily for summer-time drinking, Rosé is drunk year around in countries like France.  In fact, the French actually drink more Rosé than white wine.  In Provence, where most of the country’s Rosé is made, 90% of the total production of red grapes is used to make Rosé.  That leaves a lot of room in the US for continued rise of the pink.

With the growing US thirst for dry Rosé, it’s no wonder that French exports to the US have risen dramatically.  Rosé from Provence increased ten-fold between 2010 - 2016, and it’s expected that the stats from 2017 sales will confirm in another blockbuster year for the Rosé.   But, all pink wine seems to be on the rise.  Champagne makers in France are even reporting a sharp increase in sales of their Rosé Champagne.   Seems like everyone is on to a pink trend.

Rosé is finally here...and it's here to stay.  Feeling in the pink mood?  Here are a few of my faves: 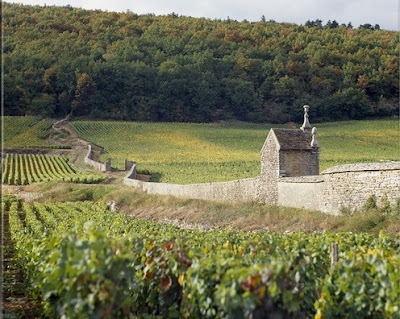 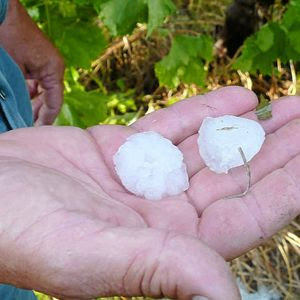 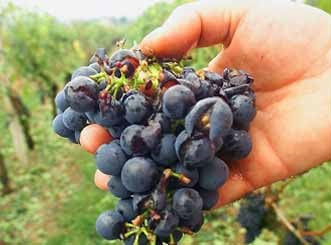 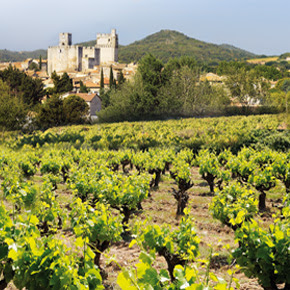 Lirac is a small wine region but has a great terroir

The wines of Chateauneuf-du-Pape have been a personal favorite of mine well before I first visited the area > twenty years ago.  Being a sort of history buff, I was enchanted not only with their wines but the fascinating history of the papacy moving in the 14th century from Rome to Avignon, France.   (Chateauneuf-du-Pape translates to the “new chateau of the Pope.”)   But, recently I’ve become enamored with the contiguous wine district, Lirac.  Located just outside of Avignon, Lirac is across the Rhone River from Chateauneuf.

The Rhone, which separates the two, exerts a tremendous influence on both Lirac and Chateauneuf-du-Pape.  Lirac, which lies on the western side, was the premier wine district back when the Popes were looking for land to buy in the early 1300’s.  The Popes quickly ascertained that Lirac produced the finest wine in the region, however, there appeared to be no vineyards for sale.  Thus, the papacy purchased land on the eastern side of the Rhone…which today we know as Chateauneuf-du-Pape.  Soon the Pope’s vineyards were also producing excellent wines, but it was the Lirac wines that were coveted by the royalty of Europe for centuries. 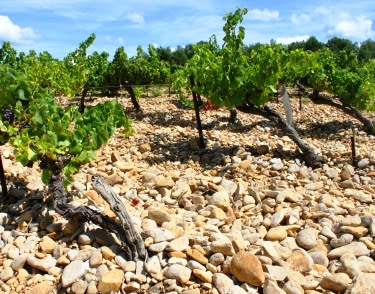 Rocks left from the Rhone allow the grapes to fully ripen

Both Lirac and Chateuneuf-du-Pape have amazing terroirs.  The limestone soils of these regions are exceptional.  The Rhone River, which has changed course multiple times over the past millenniums, has deposited large stones (called galets) on both sides of the river.  These rocks act as a natural heating system, absorbing heat during the day and radiating it back to the vines during the cooler nights.  This is essential to the ripening of the grapes.  But the galets serve an additional purpose in that they promote excellent draining…a critical component in making world-class wines.

The Popes moved their headquarters ultimately back to Rome nearly a century later, but Lirac and Chateauneuf-du-Pape remained formidable forces in the production of high quality wines until the 1800’s.   This is when Lirac committed a major faux-pas that destroyed most all of the vineyards in Europe.  A well-known Lirac chateau decided to experiment with new grape varietals and imported vines from America.   The American vines were on root-stalk that was resistant to the louse phylloxera, but the Lirac root-stalk on which the vines were grafted were not resistant.  Thus, began the viticultural pandemic that wiped out the vineyards of both Lirac and Chateaunuef-du-Pape, traveling across the continent and taking no prisoners.   Lirac has had a black eye ever since. 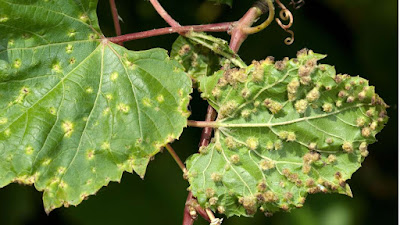 If you can get past the phylloxera debacle you’ll probably love the wines of Lirac.  French in-the-know oenophiles, understand that these can be hidden treasure wines.  And, they can offer significantly better values than Chateauneuf-du-Pape which has soared in popularity…and price.   The following are some jewels from Lirac, listed in alpha order:  Duseigneur, Grand Veneur, Mont Redon, and Mordoree.

Coming with Wine-Knows on the Julia Child tour this June to Provence?  If so, you’ll be drinking red wines from a region that was around well before Chateauneuf-du-Pape.   That would be my faves from Lirac.

How Did a Cold Rainy Island Invent Modern Wine? 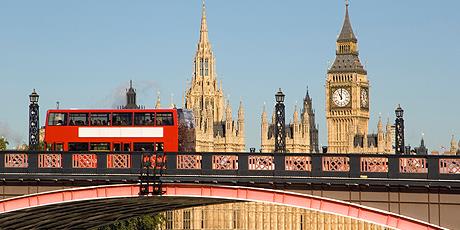 Perhaps the title of this article should have been the British Paradox?  No other country in the world has had more influence over modern wine than Britain.  For those of you who are scratching your head, let me explain.

It all began in the late 12th century when Britain’s King Henry married France’s Eleanor of Aquitaine.  Eleanor’s family was extremely wealthy and her dowry included the entire Southwest of France, including Bordeaux and all of its vineyards.  Now that this entire area was under British rule, Bordeaux wine was granted preferential tariffs by the British monarchy and an export boom ensued.  For nearly a century, hundreds of ships traveling together in massive fleets filled with wine began the journey north to London.

Many Brits moved to Bordeaux to manage their wine export or shipping business.  Chateaux such as Lynch-Bages, Palmer, and Talbott reflect this British heritage.  But, the 100 year war between France and Britain brought it all to a halt.  The Southwest of France passed back into French hands in 1453.

The British were hooked on red wine and after Bordeaux reverted back to the French the Brits needed to look elsewhere for wines.  The Brits sailed further south and discovered the wines of Northern Portugal.  Getting these wines, however, back to London proved challenging as the wines often arrived spoiled. To stabilize the wine, brandy was added and this fortified wine became known as Port.  Today in Portugal many of these British families still have a firm hold in the wine industry.   Names such as Symington, Grahams, and Taylor reflect Port’s close ties to Britain several hundred years later.

The British were responsible for the invention of the fortified wine industry.  Not only did they birth Port, but also Sherry, Madeira and Marsala.   Fortifying these wines with brandy enabled them to be shipped without spoilage to London.   Britain had an insatiable thirst for fortified wines, especially Sherry.  By the 19th century it is estimated that Sherry accounted for 60% of wine sales within Britain.

Madeira was very fashionable with the British Royalty who would voyage to the verdantly green “Garden Island” for a holiday of sunshine.  With the nobility came British merchants who set up wineries and shipping companies to bring a little slice of Madeira back to Britain.  The Brits monopolized the Madeira wine industry for generations and still to this day have a strong presence on the island.

The Brits sailed as far south as Sicily looking for their next new wine.  On the west coast they found the town of Marsala.  Having had great success in fortifying Portugal’s and Madeira’s wine for the long, arduous voyage back to London, they did the same with the table wine from Marsala.  Britain created Marsala as we know it today.

Our modern wine industry relies on glass bottles to prevent spoilage of the wine due to oxygen exposure.  While the Brits did not invent the glass wine bottle, they were the first to figure out how to mass produce them.  In 1821 a patent was issued to a chap from Bristol for his machine to bottle wine in a glass.  The rest is history.

Today, after centuries of influencing the development of the modern wine industry, Britain is finally producing its own wines.  While wine has been made for decades in England, the worldwide wine stage is now taking notice of English wines, especially the sparkling wines.  These “fizz” wines (as they are called) have out scored several well respected French Champagnes in blind tastings and have been given very high scores by international judges.

Wine-Knows is heading to England this summer but the group is completely filled.  There are one or two openings, however, on the 2019 trip to the English countryside.