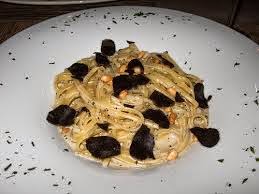 Summer is coming to a close.   In Umbria, that means the season for its precious black truffles is also ending.   Every ristorante  in Umbria is now offering a “Tartufo” menu:  bruschetta with local olive oil and truffles, truffled cheese,  pasta of every shape and size served with shaved truffles on top (cooking destroys the delicate taste of truffles), risotto crowned with shaved truffles, their version of steak tartare topped with truffles, beef or veal covered with a truffle-infused sauce.  Umbrian pizzerias feature truffle pizzas.   Even truffle gelato is sold at Umbria’s pasticcerias.

What exactly is a truffle?  A truffle is an exotic fungus, a kind of distant relative of the wild mushroom.  They are one of the world’s most expensive culinary items.  Up until recently, truffles were only found in Italy.  Now, Oregon and even China are trying their hands at truffle farming, but so far, none can compete with Italy.

Umbria is world famous for its summer truffles.  These prized culinary morsels are the black variety.  Like their cousins, the white truffle from the northern Piedmont district, Umbria’s black truffles grow underground in symbiosis with the roots of trees such as oaks, hazelnuts and chestnuts.  While the white Piedmontese truffle is much more aromatic (and expensive), Umbria’s black rendition offers a good substitute for those who cannot wait for Piedmont's white truffle---which does not mature until winter.

Wine-Knows will be visiting Umbria in June 2015 just in time for the beginning of their truffle season.   Truffles are hunted with specially-trained truffle-sniffing dogs.  We’ve scheduled a truffle hunt into the forest with a truffle hunter and his dog, followed by a truffle dinner featuring the finds of our hunt.  There are just two more spaces left for this gourmet extravaganza.   For more information about the food lovers tour visit www.wineknowstravel.com. 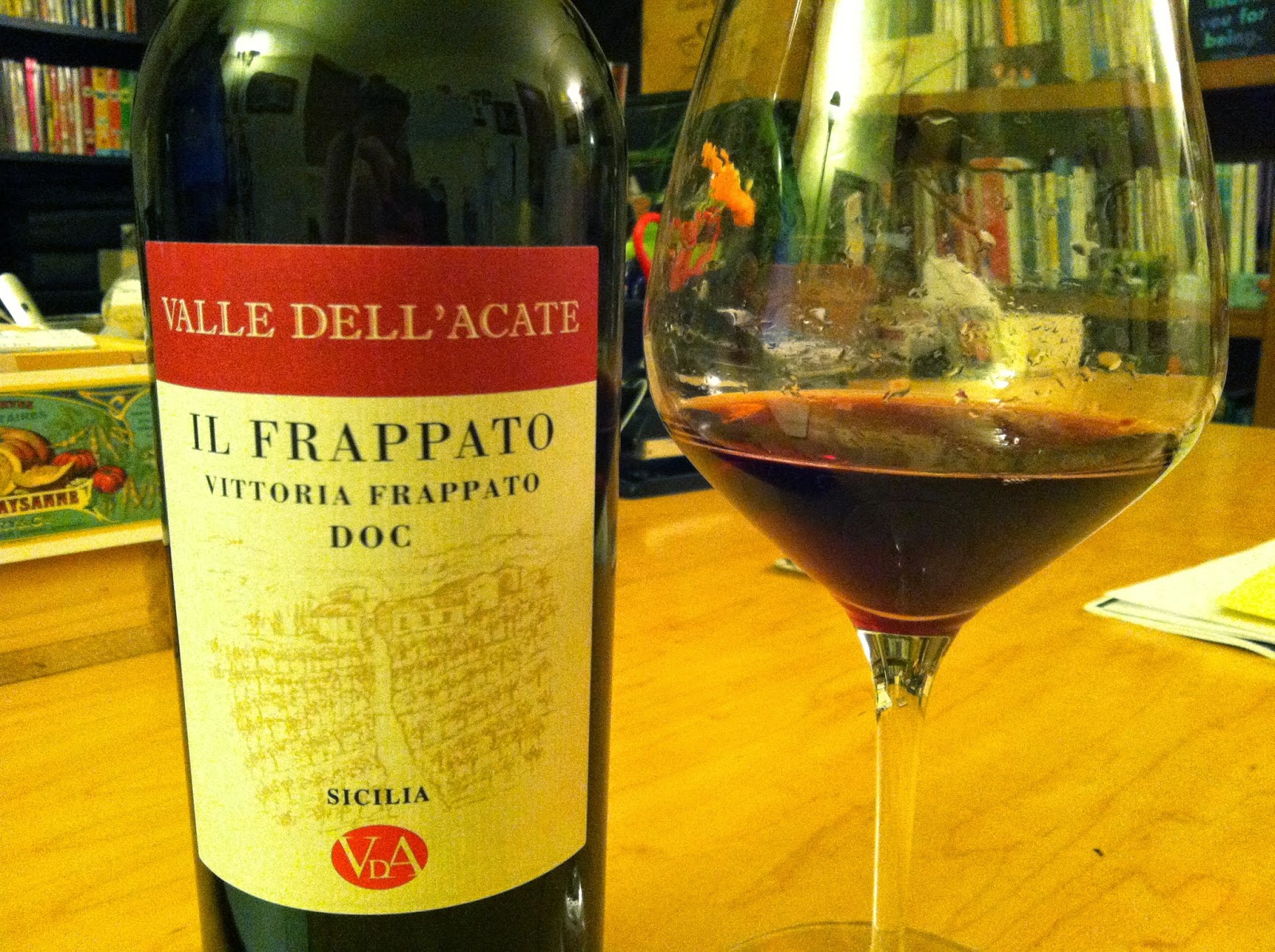 Looking for a light-bodied red to sip by the pool, or to have with an antipasto on a hot summer’s eve?  How about a red that works with fish?  I have just the wine.  Frappato is an Italian varietal (both the name of the grape, as well as the name of the wine), grown primarily in Sicily.  It produces a dry light-bodied wine, a lovely choice for summer imbibing.   Never heard of it.  That's not unusual, as until recently Frappato was not seen much outside of Italy.

Frappato is now becoming more popular in the U.S.  As sommeliers seek out new varietals for sophisticated consumers who are tiring of the “same old thing,” this one ticks all the boxes for an interesting summer red.  I was recently surprised to see it on the well-chosen wine list of one of my favorite Italian restaurants in San Francisco, Sociale.  My well-traveled dining companion had never heard of the varietal, so it was a must choose…and it didn’t disappoint.  The Frappato paired beautifully with our fish as well as a wild mushroom pasta.

The Frappato grape, indigenous to Sicily, can be vinified soley.  The best zone for the single varietal Frappato  is southeastern Sicily.  In this zone Frapatto  is given a DOC status denoting a special geographical area.  Frapatto is also part of the island’s famous blended wine Cerasuolo di Vittoria.  This wine is the only one in Sicily that has been awarded the coveted DOCG, Italy’s top wine pedigree.  Cerasulo’s blend is typically 40% Frappato and 60% of Nero d’Avola, Sicily’s hallmark red grape.

DNA studies show that Frappato has a close genetic relationship with Sangiovese.  Somewhere in the past, Sangiovese crossed with some other grape and created what we now know as Frappato.   Its Sangiovese heritage contributes profiles of red cherries and plenty of acidity to pair with food, however, there are other elements that cannot be linked to Sangiovese.  For example, Sangiovese typically has few aromatics, but Frappato offers a great nose of cherries and raspberries, often along with elements of red licorice and herbs.   Moreover, while Sangiovese is tannic, Frappato’s tannins are much more moderate and approachable.

Valle dell’Acate is a great producer of Frappato.   Gulfi makes a wonderful rendition of the blended version, Cerasuolo di Vitteria.  If you’re coming to Sicily this fall with Wine-Knows you’ll not only be staying on the Gulfi wine estate for three days, but you will also be trying a variety of Frappatos including Valle dell’Acate. 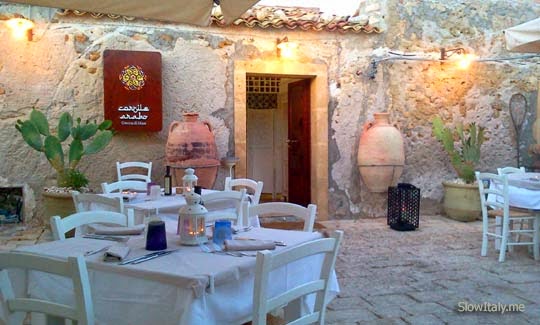 Goethe got it right in many ways: “To have seen Italy without having seen Sicily, is not to have seen Italy at all.”  This is certainly true of Sicily’s food scene which is an exotic mélange reflecting its varied group of conquerors, its abundant produce from volcanic soil, unprecedented hours of sunshine, and bountiful seas.

The Greeks founded colonies in Sicily’s far eastern shore in the 8th century B.C.  With them they brought wine grapes and olives, two of the hallmarks of the island’s current cuisine.   Roman invaders arrived during the 2nd century BC.  Their armies brought pasta, another modern staple.  But, it was the Arabs who the greatest influence on Sicily foods---more than the Greeks and the Romans combined.

Arabs sailed to Sicilian shores in the 8th century AD.  With them they transported their almonds, citrus, pine nuts, eggplant, saffron and sugar (it was Sicily that introduced the remainder of Europe to sugar in the 9th century).  But, this wasn’t all the Arabs brought.  They also introduced melons, rice, raisins, nutmeg, cloves, pepper and cinnamon, along with gelato (the Arabs, who had never seen snow, made sorbet from the snow of Mt. Etna mixing it with their rosewater).  All of these ingredients (and gelato) have a profound influence in Sicily’s contemporary food scene.

The Arabs remained until the 12th century when Sicily was invaded by the Normans, descendants of the Vikings.  These sea-faring folks taught the Sicilians the skill of fish-curing.  To this day, Sicily remains one of the world’s largest producers of sardines and anchovies.

Next came the Spaniards in the late 1400’s.  With them they carried the tomatoes, peppers, chocolate and prickly pears that Spanish explorers had brought back from the Southern American continent.   All of these items remain an important part in Sicilian diet in the 21st century.

Another influence on Sicily’s foodways occurred when the French arrived in the 1800’s.  French-trained chefs became a status symbol with Sicilian aristocrats.  Monzu (Sicilian dialect for chef) is derived from the French word monsieur.  Chefs from France added vast amounts of butter and cream to local recipes and even introduced foie gras.   In addition to the island’s glorious sunshine and warm seas, this may have been another reason in the last part of the 20th century that Sicily became a favorite winter resort for European royalty.   While some butter and cream is used today, olive oil is the island's main fat. 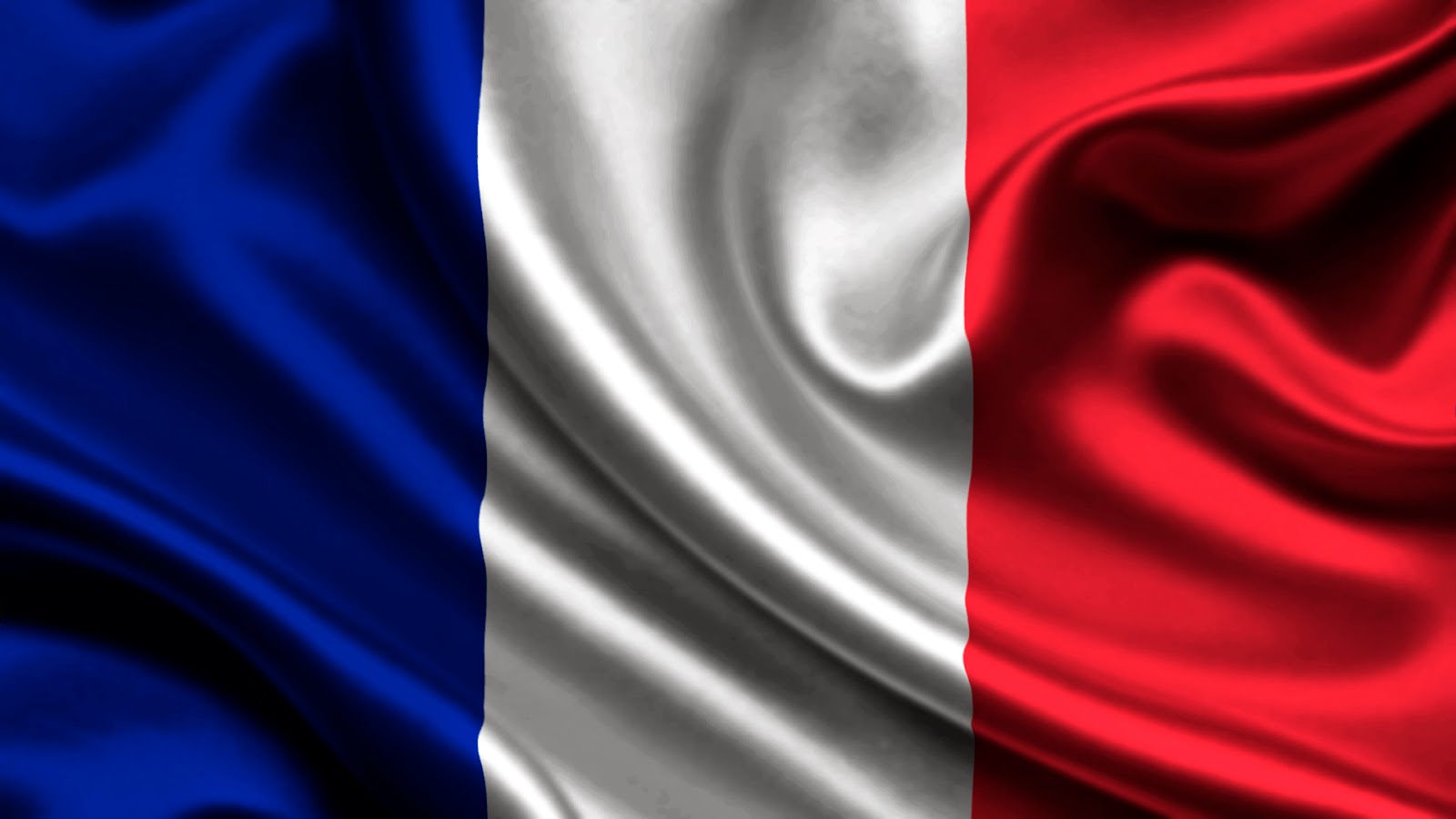 The French have laws to protect the origin of wine grapes (e.g. only those grown in Bordeaux can be used in Bordeaux wine), cheeses (e.g. only cows from the town of Roquefort can be used in this coveted cheese), along with a host of other food products including olives, honey, and even chickens. The French senate has now voted in another law having to do with origin, however, this one will force restaurants to distinguish between food cooked on the premises versus made elsewhere.

The impetus for this legislation is to preserve France’s gastronomic heritage and reverse an alarming trend for chefs to take short cuts in the name of Euro’s.   Data suggests that >30% of France’s 100,000 restaurants use industrially prepared food for some of the dishes on their menus.  The legislation is also a wake-up call to diners that all is not what it appears.

The French have a marche (market) mentality…the blue plate special (menu du jour), available in most every restaurant, represents what is fresh in the market that day.  Expectations are that the menu is in tune with the season or that of the “day’s catch.”  Diners would be horrified to know that there’s a good possibility that one of their dishes was possibly frozen and purchased several days (or weeks) before from an industrial supplier hundreds of kilometers away.  One such “ready-made” company, for example, offers more than 3,400 dishes.

The new law will force French restaurants to identify on their menu which dishes are made on premises.  Fait maison (made in house) will identify what is made at the restaurant.  Without this designation, diners will know it was brought in from elsewhere.

The new legislation passed with a close vote.   Economics were the biggest culprit.  Restaurant owners vow that dining prices will escalate due to their increasing labor costs of making dishes fait maison.  But, others maintain that the new law will save the bistro and encourage demand for freshly prepared food.  All of this is occurring, however, while fast food consumption is growing and the cost of living in Frances continues to increase.

Viva la France!
Posted by June Forkner-Dunn, PhD at 11:46 AM No comments: