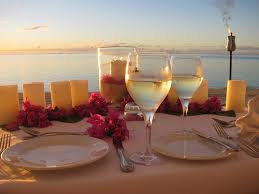 Torrontes and the sea are a marriage made in heaven

I have had a big love affair with Torrontes for at least 15 years. Argentina’s signature white varietal, Torrontes is pure seduction.   I love it on so many levels.  First, because it’s a food friendly wine (good acid levels make it perfect for pairing).   Second of all, this sexy little fruit-bomb offers both an enticing nose as well as taste of some of my favorite summer fruits:  apricots and peaches.  Last, the wine has a sensual velvety texture.   I have written about Torrontes probably in 10 articles, however, on my recent trip to South America I learned something new I want to share with you.

Torrontes is a cross between the Muscat & Mission grape.  I’ve long been a huge fan of dry Muscat wines (especially those from Alsace).   The Mission grape was brought to South America by Spanish conquistadores who wanted to make wine.  Interestingly, the Mission grape was among the first also cultivated in the USA.

Torrontes, rarely seen outside of Argentina, is the perfect warm weather wine.  As we live in a near-perfect climate of year around 70 degrees in San Diego, we always have plenty of it on hand.  As we have just purchased a small hideaway for weekends on the nearby beach, we’re ramping up our stock.  With summer approaching quickly, you may want to consider doing the same.

My favorite producer?  This year it was the 2015 Series A by Zuccardi.  Grown in the Salta region of the Argentine Andes in one of the world’s highest vineyards, this Torrontes is a steal at $15-20 a bottle.  In case you can’t find it at your local retailer, it can easily be obtained on the Internet.  For example, Wine.com currently has this vintage for $15...while there's a shipping fee, there's no tax.   (Be sure to order bottles shipped soon and always insist that the order be shipped on a Monday so that it's not sitting in some hot warehouse over a weekend).

Agave plants are prepared for their painstaking cooking process in earthen ovens.

On a recent trip to Northern California friends took me to a hip Oaxacan restaurant in downtown Oakland, the new foodie’s mecca of the San Francisco Bay Area.  Having lived in Oakland for 40 years prior to relocating to San Diego, I was ready to celebrate the city’s culinary renaissance with a serious margarita at this new Mexican restaurant.  I discussed the tequila options in detail with the waiter, and settled on a middle of the road quality from their list of >200 tequilas.  The drink I received blew my mind.

While I am a wine expert, my knowledge of tequila is somewhat limited.  Having grown up on Mexican food and visited Mexico close to 100 times, I’ve had my fair share of margaritas, however, I’ve never seriously analyzed tequila.  While I’ve developed a killer margarita recipe (one of my most requested), I’ve concentrated more on the ratios involved, and complexity using a mélange of different citrus.  The margarita I was served at this restaurant changed forever changed my future margaritas.

I knew the tequila in my drink was something completely different from what I have ever experienced.  What I tasted was a complex layering of something smoky.  Could I have mistakenly ordered a very old tequila that had been aged in wood which had a high toast on the barrel?  (Do tequila makers even use toasted barrels?)

I called over the waitress to confirm my order and she affirmed that the margarita she had brought me was indeed the one I had ordered.  With further questioning she added that drink’s tequila was a young one and there was no wood influence.  I next asked her to bring the bottle.  Expecting a deep- colored tequila (from wood aging), the alcohol was perfectly clear.  Still perplexed, I asked if I could smell it.  Removing the cap, I found a neutral smelling liquid that was not even remotely related to what I smelled in my margarita.  I knew there had been a mistake with the tequila. The waitress suggested sending over the restaurant’s tequila expert.  Perfecto!

I struck, gold with the tequila guru.  He began explaining the tequila that was used in the drink and he, too, confirmed that it had never seen wood.  I handed my drink for him to smell.  The very first whiff he turned to me and said “You received a margarita made with the wrong alcohol.  Your drink is made with mezcal.”  He then proceeded to explain the difference between the two liquors, both made from the agave plant.

Mezcal is different from tequila in 3 ways:

1.  The biggest difference is the manner in which the two are made.  Premium producers of Mezcal roast the agave in underground pits over wood.  These earthen “ovens” cook, smoke, and carmelize the agave imparting a complex layering of these flavors.  This is exactly what I had tasted in my margarita.

2.  Another difference is that tequilia and mezcal are made from different types of agave.  By law tequila can only be made only from Blue Agave, however, mezcal can be made not only from the blue plant, but from more than 30 varieties of Agave.

3.  The last difference has to deal with laws dictating geographical constraints.  Tequila can only be produced in 5 specific regions, whereas mezcal has 9 distinct regions in which it can be made.

The knowledgeable staff person immediately brought me the correct margarita, however, after tasting the mezcal concoction the tequila margarita tasted dull and insipid.  Next, the staff expert brought a margarita made with half tequila and half mezscal (one of the favorites on the restaurant’s drink list.)  This was perfection!  A subtle hint of smokiness was present, but did not over-power as it had done in the original margarita I had been served.  This last one was the best of both worlds, laced with complexity but with only a whisper of a smoky profile.

Cinco de Mayo is around the corner.  Go buy a bottle of high-end mezscal and a good quality tequila.  Experiment.  Enjoy.  (And, if you should ever be in the Bay Area, don’t miss Calavera restaurant in Oakland).

Posted by June Forkner-Dunn, PhD at 8:02 PM No comments:

Regrettably, Piedmont is not on the destination list of most American tourists.  This may be in part due to Rick Steves, who has yet to include this gem of an area in his popular books and television travel programs.  Grazie, Ricardo!  Even if you’re not a foodie or a wine-lover, Piedmont offers many gems.  If you’re a foodie or oenophile, Piedmont may just be the most exciting region in all of Italy. 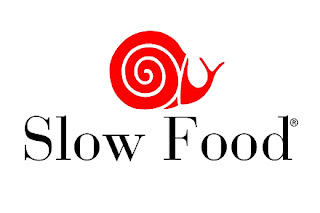 Most foodies know about of the Slow Food movement, but how many knew it began in Piedmont?  The opening of a fast food restaurant in the heart of Rome in the mid-1980’s touched a real nerve with a journalist from Piedmont.   Shortly thereafter, the writer began Slow Food.  Today, the organization is in 150 countries and its mission is to preserve traditional and regional cuisine. 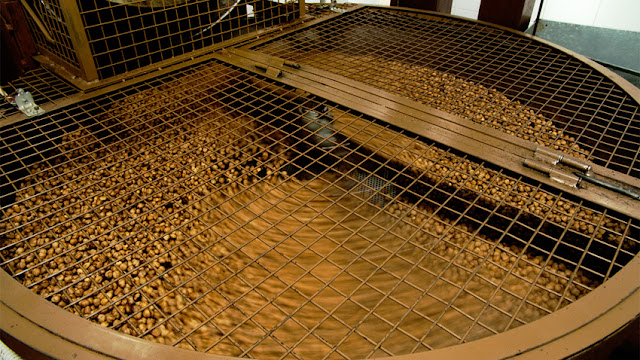 Piedmont’s traditional cuisine is a treasure-trove of culinary delights.  Home of the premier white truffle, the world’s most expensive gastronomic item, Piedmont is also the area for some Italy’s finest chocolate and hazelnuts.  In addition to high-end artisanal chocolates, even Nutella and Ferrero Rocher are made here.  The area is also the source of Italy’s most illustrious rice.  Preferred by many Michelin-star chefs throughout Italy for risotto because of its firmer texture, canaroli rice is grown in Piedmont. 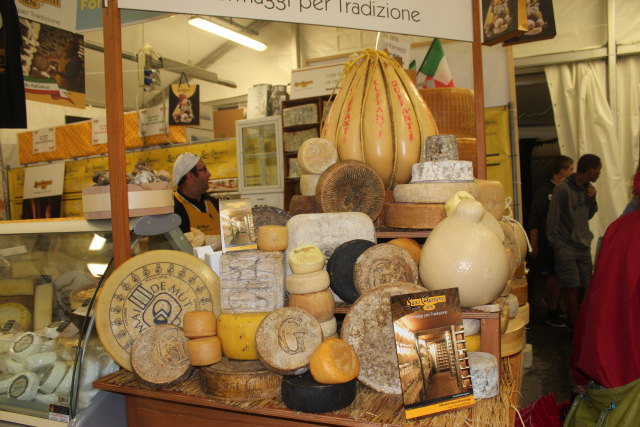 Piedmont means the “foot of the mountain.”   The foothills of the Alps shared with France and Switzerland, also produce some outstanding cheeses.  Even in a country recognized for its cheeses, Piedmont is a standout.

The Piedmont district is the birthplace for Italy’s most famous food emporium-kitchen shop, Eataly.  Think Williams-Sonoma meets Whole Foods, with the addition of some mind-boggling dining venues such as a mozzarella-bar, wood-fired pizzeria, seafood eatery, and a pasta-centric restaurant.

Last, but not least, Piedmont is the pinnacle for several of Italy’s most magnificent wines, Barolo and Barbaresco.  These wines are some of the country’s most complex reds…and expensive.

Wine-Knows will be visiting Piedmont next autumn (2018) at the time of their world-renown Truffle Festival.  One of the highlights will be a private truffle hunt into the forest with a “trifalou” (truffle hunter) and his dog.   Foodies will be thrilled with visits to Piedmont’s super-star chocolate-maker, as well as a producer of canaroli rice.  Naturally, we won’t miss Eataly…and there will be a dance-card sprinkled with the district’s world-class wine producers.  At the moment, there are only 5 open spots on this trip.    www.WineKnowsTravel.com 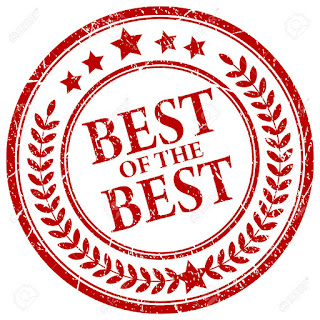 Wine-Knows had a rock-star lineup of wineries on our recent trip to the southern hemisphere, so choosing favorites is daunting.  Both countries continue to push the quality envelope.  While there continue to be bargains, there are also world-class wines with commiserate world-class pricing.   All below are available in the US, especially online (listed in alpha-order with US pricing).