2 Roses Not to Miss---Their Origin Will Surprise! 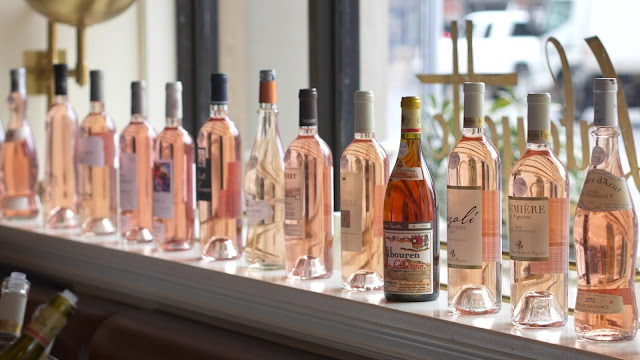 Think out of the Provence box for Rosés !

Summer is just around the corner.  This means it’s time now to restock our wine cellar with plenty of Rosé.  I’ll be in Provence this September at Julia Child's villa* so I’ve spent the winter & spring searching for the best Provençal Rosés.   I've tasted several that received high-scores from esteemed critics, and spending as much as $30 a bottle.  I was disappointed in all of them.  The good news is that I have two magnifique Rosés for you. Neither of them, however, is from Provence.  In fact, neither is from France.

Both of these well-crafted Rosés, however, are from Europe and I sampled each one in their respective countries last autumn.  After my discouraging tasting of Provençal Rosés, I turned again to the internet for help in locating the two memorable Rosés from my latest trip.  Fortunately, I was able to locate both on the East Coast.  After allowing a couple of months to recover from shipping across the USA, another tasting was conducted to see if these two stunners were as good as I remembered.  They were. 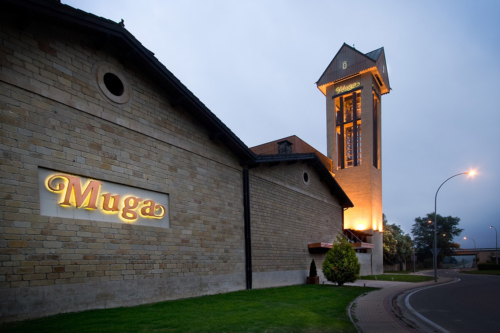 So what are the two Rosés that were heads above some of the most highly touted Provençal Rosés?   The first is made by one of Spain’s mover-and-shaker wineries,  Muga.   (Do note that Muga makes two different Rosés and it’s their Rosado that I’m speaking of, not Flor de Rosé).  Wine Knows has been fortunate to visit Bodegas Muga in the Rioja several times.  This winery has received just about every award there is.  In fact, James Suckling (Wine Spectator) has given some of Muga's wines a perfect 100 score.

We had our first sip of Muga's Rosado at an impressively located seaside restaurant near Gibraltar---the Mediterranean was just to our left and the Atlantic immediately to the right.  The Rosé was so compelling that we returned to the same restaurant to dine three days in a row.  Muga's Rosado is made from Garnacha (Grenache) and Viura grapes, the latter being a white grape. We have tried their 2019 and 2020 vintages and both were noteworthy.  Purchased online in a case, count on less than $25 per bottle including shipping and tax.  A real steal. The other outstanding Rosé is Greek and produced by Gaia.   Wine-Knows groups have visited Gaia several times.  Last September I was on Aegina island (an hour's ferry ride from Athens) when I spotted Gaia’s Rosé in a wine shop.  I immediately bought a bottle and opened it to serve with dinner that night.  It was stunning.  The next day we returned to the shop and bought every bottle they had.

Gaia is one of the top quality wine producers of Greece.  The winery pushes the envelope by experimenting with different varietals and even has conducted research on aging wine on the ocean floor.   This wine is named 14-18h Rosé because the Agiorgitiko grapes are kept in contact with their skins for 14-18 hours.  We have tried both the 2019 and 2020 vintages---both were superb.   A case of this remarkable wine with shipping and tax is a phenomenal bargain at about $20 per bottle.

Highly recommend at least a case of both of these well crafted Rosés for your summer stash.   Be sure to order them well before the heat of summer arrives. Spring is a wonderland for foodies who love to cook vegetables

We’re less than a month into Spring and already farmers’ markets in southern Cali are brimming with a glorious cornucopia featuring every color of the rainbow:  carrots in yellows, reds & oranges;  verdant lettuces in boundless shades of green; cucumbers ranging from white and yellow to almost ebony;  pencil thin green asparagus at one stand juxtaposed with colossal versions in brilliant purple or white at the next vendor;  and a cacophony of fresh herbs ranging the entire green spectrum…dill, tarragon, mint, parsley, chives, lemongrass and cilantro.

To honor this splendid bounty of produce, this blog includes my homage in the form of cherished Spring recipes.  Two come from France, one from Italy, and yet another from the good old USA. 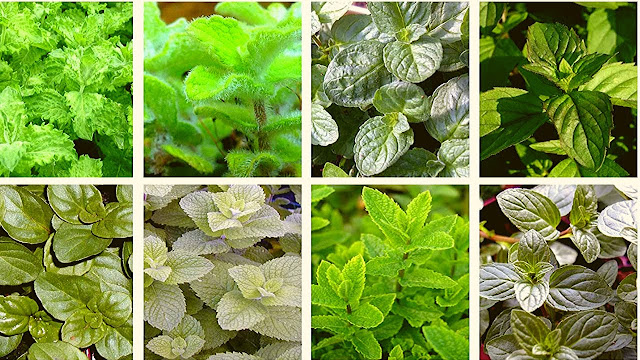 Spring mint is available in every shape, size. color & smell

I particularly like this version of this French classic as the peas are actually cooked in a small amount of cream.  This results in a more flavor-chocked dish:

In this recipe French-inspired recipe, I suggest you utilize a variety of different colored radishes (making sure, however, they are all roughly the same size.)  Also I recommend replacing the onion powder with fresh spring pearl onions, and the garlic powder with Spring’s lusciously gentle garlic. 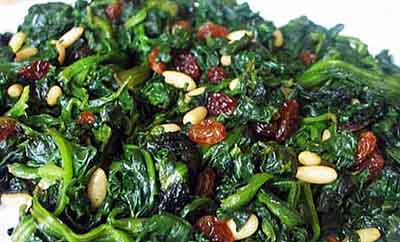 The eternal city's signature dish is an eternal delight

This traditional dish from Rome is essentially a simple stir fry, but the raisins and pine nuts catapult it into something far from simple.   I recommend two changes:  use only olive oil, and then a gentle spritz of a good balsamic at the end of cooking.

Grilled Carrots with Mint and Avocado:

We use a combination of different colored carrots in this recipe from Bon Appetit.   The dish is absolutely divine and pairs beautifully with poultry, seafood or pork. 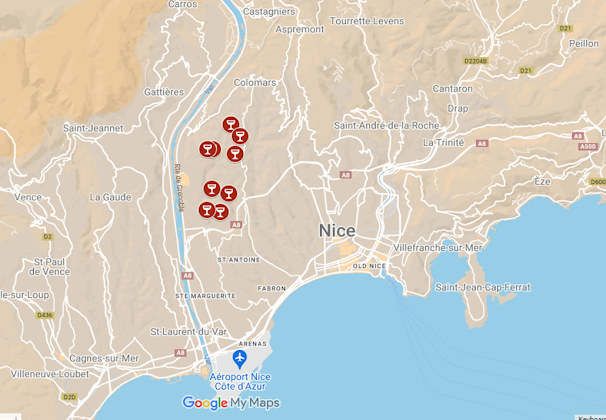 The Bellet wine appellation lies within the city limits of Nice

The hills above Nice are filled with jaw-dropping villas and bougainvillea-framed panoramas of the Mediterranean.  These hills are also home to France’s smallest urban wine appellation, Bellet.   Comprising less than 150 acres of vines with fewer than 10 producers, Bellet wine is well known to locals but unknown to the world since it rarely leaves the area---the mere 120,000 bottle production is snatched up by Riviera wine-lovers and restaurateurs in-the-know. 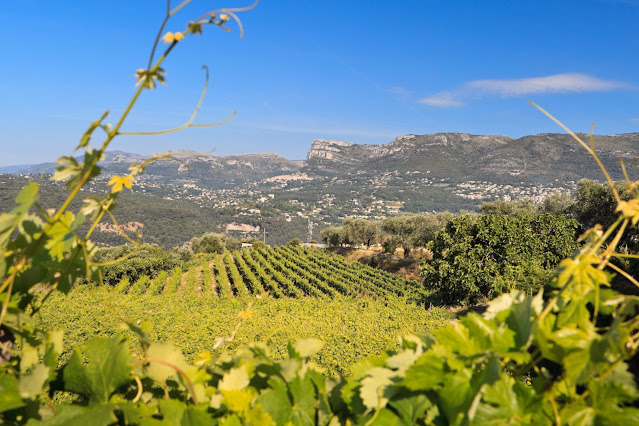 The Bellet area has been making wine for < 1500 years

Formed in 1941, the tiny Bellet appellation has a unique terroir.  At an altitude varying from 600-1,200 feet above sea level, vines often cling to the hillsides in terraced vineyards.  Manual harvesting is the only possibility in these inhospitable conditions.  Soil, washed down from the Alps for millenniums, a mix of sand and rocks, provides a perfect drainage system for grapes.  Furthermore, Bellet is less than three miles as the bird flies from the Mediterranean so this allows its vines to  recuperate at night when the marine influence brings coolness to the hot, dry daytime temperatures. 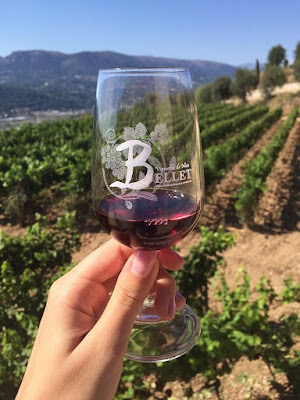 Wine-Knows will be visiting Bellet this autumn....there is only one spot available!

Bellet produces red, white and rosé wines.  White grape varieties include Chardonnay and Rolle (aka Vermentino in nearby Italy).  These two are often blended together creating a spectacular white not seen elsewhere in France.  For reds, Grenache  (one of southern France’s greatest grapes, e.g. Chateauneuf du Pape), is mixed with unknown native Riviera varietals such as Braquet and Folle Noire.

Wine-Knows will be visiting the Bellet appellation during its Week in Provence at the villa where Julia Child wrote her masterpieces, Mastering the Art of French Cooking.    There is only one seat remaining.  For more information about this special “Julia” trip, visit our website: