Is Rosé Morphing into a Brand? 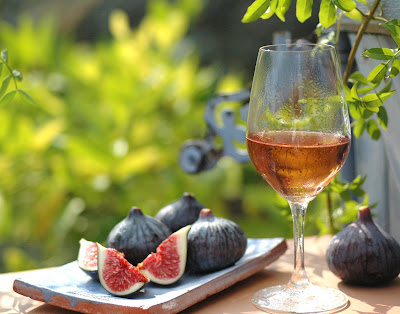 I have fought long and hard for the once step-children Rosés of the world.  By that I mean that I’ve raised more than a few eyebrows at formal dinners in our home over the last ten years by serving a Rosé as a means of educating those bon vivants who associate anything pink with white Zinfandel.    Thankfully, I no longer need to promote dry well-crafted Rosé because these wines are now well-loved by many.  But, I’ve seen a change in the Rosé landscape in the last months and the warning signs trouble me.

Has Rosé now morphed into a brand?  There are now lipsticks capitalizing on the colors used to describe a Rosé wine.  I just learned this morning that Target is launching it’s own line called Yes Way Rosé.   This weekend I was told that a well-known Vodka producer is now making Rosé vodka.  Are complex Rosés being replaced by poor quality pinks that can be offered in restaurants for $3-5 bucks a glass to the masses, rather than $9-10 glass of a well-made Rosé?

The other day in the supermarket I saw a case of Rosé with bottle top closures that were the same as those on beer or a soda-pop bottle.  The Rosé was $3.49 per bottle.  You don’t even want to know where it was made.  A few months ago I was at an event in which they served $4 a bottle Rosé from Trader Joe's (BTW:  I do like TJ’s Rosé  from Provence for $7-8 a bottle), but this one was insipid.  I took one sip and quietly through the remainder of the glass out.  There was definitely no there, there. No aroma. No taste.  No structure.  No finish.  No nada.

It would be a travesty to see lovely well done Rosés loose out to pink plonk.  Have we made a full circle?   Are we going back to the future of White Zin but without the sugar under the guise of Rosé?   I hope not. 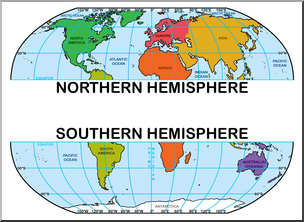 While the US is still entrenched in our last days of winter with dormant vineyards, south of the equator countries such as Australia, New Zealand, Argentina, and Chile have already picked their white varietals and are waiting for the late ripening reds, such as Cabernet, to finish the final step of their evolution.

So why should wine aficionados be interested in countries on the opposite side of the globe?  The southern hemisphere offers some stunning varieties that we don’t grow in the US.  For example, Argentina's luscious Torrontes is a charming white that would bode well for drinking this summer. Chile's red Carmenere grape makes an interesting addition to a winter's table and comes with a fascinating historical story as the "lost grape of Bordeaux" as an added bonus.  Once thought to be extinct, the Carmenere grape was rediscovered not long ago in Chile where it had been mistakenly masquerading as Merlot for a couple of centuries.

Another reason to look to our southern neighbors is that even familiar grape varieties can make dramatically different wines due to differences in terroirs of the hemispheres.   For instance, Sauv Blancs from New Zealand serve up a completely different flavor profile that ones from California.  The Kiwi’s version is grassy and herbaceous, in contrast to Cali's version which often is citrus (think grapefruit), or tropical fruits from those grown in warmer climates.

Below are my DO NOT MISS wineries of the Southern Hemisphere.

The Best Glass for Champagne? 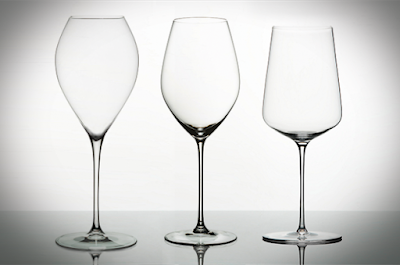 All of these glasses are used in France for Champagne

Most of us remember the 1950-80's glass de rigeuer for Champagne was the flat shaped coupe with a shallow bowl.  Legend has it that this shape originated in France and was designed with the shape of Marie Antoinette's breasts in mind.  (However, it's  incorrect as the coupe shape for sparkling wine actually was designed in England some 100 ears before the birth of France's famous Queen.)

Americans in the late 1980’s began seeing the coupe change to a tall flute.  The new shape was preferred over the earlier saucer model as the flute showcased the rise of the bubbles perfectly.  Coupes were soon ditched and re-purposed for use with desserts or appetizers, and everyone jumped on the flute bandwagon.   Then a new shape appeared.

I remember the first time I saw the new tulip shape.  It was actually in the Champagne district of France 10-15 years ago.  The tulip had a wider bowl and tapered in slightly at the top.  The wider bowl supposedly allowed more aromas to be collected in the glass.  This shape’s tapered top was also advantageous in that it supposedly trapped the wine’s aromas.

So, what is the perfect glass for a sparkling wine?  Wine-Knows’ last trip in 2013 to Champagne was a mixed bag of stemmware.   We visited the esteemed and internationally powerful Champagne Growers Professional Association, along with Veuve Clicquot, and a private dinner in the magnificent dining room of the Moet estate.   Meals were also held at the Champagne region’s best restaurants including a Michelin star.  At most venues Champagne appeared in the tulip shaped glass, although at a couple events a flute was used.

In 2019 Wine-Knows is returning to Champagne.  You can bet one of the questions that I intend to ask at each stop is how the glass shape effects the wine experience?   A follow-up question will be posed regarding science that supports any differences in preferred glass shapes.  We still have a few openings on this trip.  Let us know if you’re interested in joining the group and learning these answers from the professionals.

Posted by June Forkner-Dunn, PhD at 1:25 PM No comments:

Many know that Piedmont is home to world-class Barolo and Barbaresco.   Others may know it is home to the most highly prized white truffle in the world.  But, Piedmont offers so much more for the discerning gastronome.  This hilly region in northern Italy at the base of the Alps, is the epicenter for a cornucopia of culinary treasures. 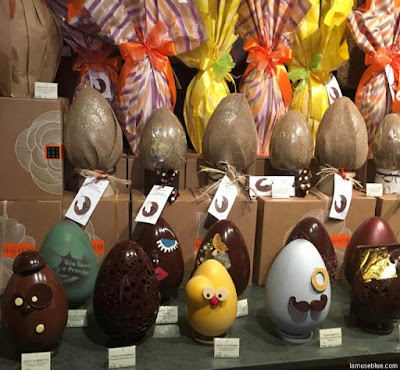 In the 17th century Piedmont was the chocolate capital of Europe.  At this time Piedmont was part of the important House of Savoy which controlled eastern France and most of Italy.   The Duke of Savoy married the King of Spain’s daughter and she brought with her a dowry which included chocolate from Spain’s New World colonies.  In 1678 the very first chocolate store opened in Piedmont’s main city, Turin.  Chocolate has been part of the culinary fiber of Piedmont ever since.

Today, Turin produces 40% of Italy’s chocolate.  Walk around the historical center and you’ll see windows filled with chocolate sculptures worthy of Michelangelo.  One of its high-end Tiffany-esque chocolate stores offers >60 types of chocolates.  Moreover, the entire town is replete with gorgeous old-world cafes---their specialty is hot chocolate, although there are exquisite chocolate tarts and other chocolate confections to devour. 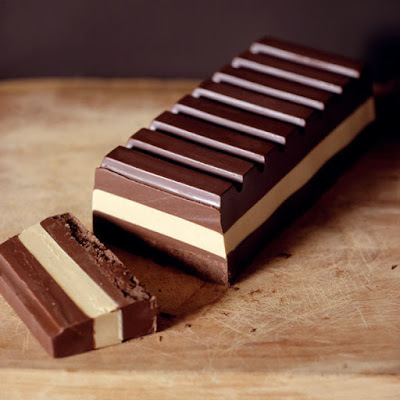 An over-the-top rendition of white & dark chocolate with hazelnut-infused gianduja
Piedmont, however, is more than wine, truffles and chocolates.  The area’s hazelnuts are the most prized in all of Italy.  In fact, their hazelnuts are so extraordinary that they have been granted a special status by the Italian Government.  Hazelnuts are big business in Piedmont, adding an estimated 25 million US dollars annually to the economy.  It’s no wonder that many of Piedmont’s hazelnuts are paired with chocolate to create an ultimate marriage for foodies, gianduja.

Piedmont is home to a host of other culinary products.  The low flat-lands of the Po River Valley are used to grow some of Italy’s best rice for risotto.  Grissini (yard-long breadsticks) grace the table of most Piedmontese restaurants.   Wine-flavored salamis abound.  Last, but in no means least, Piedmont’s cheeses are exquisite.  Castelmagno cheese, rare to find outside the region, has almost a cult following. 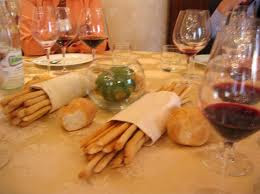 Freshly baked grissini are very typical of Piedmont
If you’re one of the lucky folks (the tour has sold out) who is coming with Wine-Knows this autumn for the Truffle Festival in Piedmont, you will be able to experience all of these delectable culinary treasures.  Better yet, you can bring them all home in your suitcase.