A Magnifico Condiment from Italy 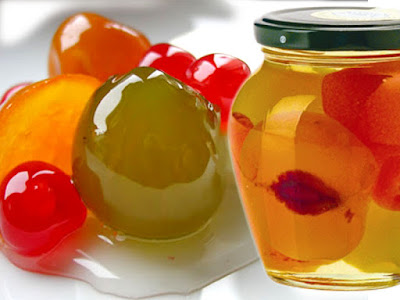 Have you ever heard of mostarda di frutta?  If you’ve been in Northern Italy during the winter there’s a very good chance it’s been on many restaurant menus as an accompaniment to a meat dish.  Mostarda is major flavor bomb.  It is often served with the classical bollito misto (an over-the-moon tasty assortment of boiled meats), however, it can also be found as a side relish with cheeses that can take its sharpness.  I’ve even seen it served to the side of sausages, or even spooned over fish.

I think of mostarda somewhat like an Italian version of chutney.  While some may think because of its name that it’s a type of mustard, it is not.  (It does, however, have mustard oil as an ingredient).  Although it has sugar and fruit, it is definitely not a jam or jelly---and it is not sweet.  It has cayenne, but it is not spicy.  It’s not salty or acidic. In fact, it’s none of these things alone.   It is, however, a unique combination of sweet and savory, salty and spicy, with just enough of an acid backbone.

Often referred to as simply “mostarda,” this yummy condiment can easily be made at home, or can be purchased online or in upscale markets such as Whole Foods.  It can be made with a variety of fruits (although the area in which it originated often used quince and grapes in the beginning).  I’ve seen it made with everything from cherries and figs, to plums and even citrus.

Mostarda di frutta is uniquely Italian.   It’s also a classical wintertime condiment.  Why not have a bollito misto party ?  (Similar to a fondue party only with bollito misto placed in the center of the table in the pot in which it was boiled.)  Bring out some great Barolo or Amarone and invite a group of Italophiles over for a night of wining and dining.  I guarantee you that everyone will go wild over the mostarda!

Posted by June Forkner-Dunn, PhD at 2:30 PM No comments: 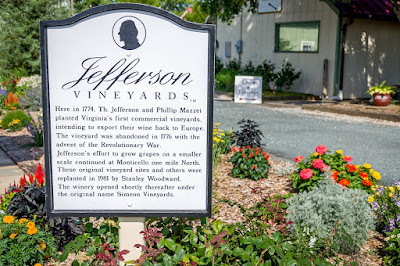 The birthplace of American Wine
Tomorrow is President’s Day.   Did you know that several Presidents were instrumental in shaping the course of wine in our country?  Several of our founding fathers were not only involved in efforts to ensure life, liberty and the pursuit of happiness, but were real bon vivants with deep appreciation of fine wines.

Let’s start at the beginning.   George Washington drank 3 glasses of wine after dinner. While this wine was a Portuguese Madeira (a very “in” wine at the time), he was also quite interested in French wine with dinner.  Washington’s wine cellar included many chateaux still famous today, such as Mouton-Rothschild and Yquem.  Way to go, George!

Thomas Jefferson had a profound influence on the American wine industry.  Out of all the Presidents, Jefferson was certainly the most passionate about wine.  As the Ambassador to France, Jefferson toured many of the country’s most illustrious chateaux---his favorites were Burgundy and Bordeaux.  I was recently at Chateau Haut-Brion in Bordeaux and in the entry way of the chateau was an oil painting of Jefferson.  According to records, Jefferson sent home thousands of bottles from the area for him and his friends, one of whom was George Washington.

Jefferson, however, was much more than a consumer of French wine.  A definite wine geek, he took copious notes on the different French terroirs (soil types, drainage etc.). Moreover, he was the first American to attempt wine-making.  Jefferson brought home cuttings from France and began growing grapes for his own wine-making at Monticello.  He was certainly a dude with whom I would want to hang-out.

Fast forward >150 years to the Presidency of Richard Nixon.  While Nixon’s ethics and politics don’t leave one with a warm and fuzzy feeling, he was undeniably a wine aficionado.  At a time when jug wine and cocktails were the norm, Nixon drank the real-deal Champagne and Bordeaux.  Fine wines apparently put a big dent in his entertainment budget.  Considering it was tax payer dollars funding this, however, this may be another nail in his coffin.

Ronald Reagan loved wine.  Prior to Reagan, mostly French wines were served at White House special dinners.  But Reagan, who was especially crazy about wines from his home state of California, changed all of that.  At a time when the California wine industry was beginning to shine, Reagan helped further promote it on a more global scale by serving it to some of the world’s most prominent leaders.   BV Private Reserve was served to Prince Charles, while a Jordan Cabernet was on the menu at another dinner honoring Queen Elizabeth.  Nancy Reagan, on the other hand, was wild about Kendall-Jackson Chardonnay and it frequently was served at White House events.

Have a Presidential Day. 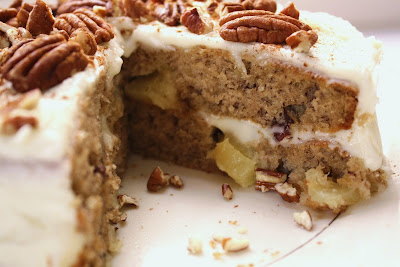 This cake is Southern Living’s most requested recipe

If you’re looking for a scrumptious way to celebrate Valentines, I’ve got just the recipe for you.  I had my first bite of this ethereal cake in Charleston two years ago when I took a group of Wine-Knows to Savannah and Charleston.  One of my clients ordered it at dinner and made the mistake of giving me a taste.  It was love at first bite.  I tracked down the next day the bakery , bought a huge piece (which I devoured on the spot), and have been a fan of the “Hummingbird Cake” ever since.

If you like homemade carrot cake (the moist version with pineapple and coconut), you’ll love this dessert.  Think carrot cake meets a great rendition of banana bread.  Published in Southern Living in 1978, Hummingbird Cake is the most requested recipe in the magazine’s <50 year history.  Over the years the cake has garnered a plethora of awards, including First Place at the Kentucky State Fair.  Just about every women’s Community Cookbook in the South has at least one recipe for this famous sweet.  Google currently offers nearly a million recipes---including one by the Queen of Southern cooking, Paula Deen.  There are even Hummingbird Cake videos on U-tube.

In spite of this cake being so strongly associated with the South, Hummingbird Cake actually originated on the island of Jamaica.  It appears the recipe was part of a marketing ploy in 1968 when Jamaica Airlines was launched.  The airline’s press package included various items about the island’s culture in hopes of enticing tourists to come to Jamaica.  Part of that press kit was the Hummingbird Cake, named after the island’s national bird.


Have a sweet Valentine’s!

Posted by June Forkner-Dunn, PhD at 7:00 PM No comments: 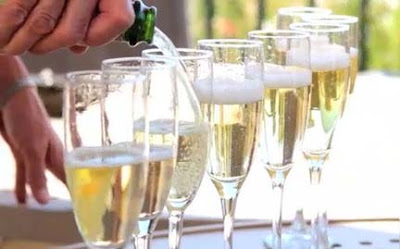 Fizzy Crémants can be great values

If you’re looking for a reasonably priced bottle of French sparkling wine you should consider the country’s Crémants.   The word “Crémant” was adopted by regions outside of the Champagne district to distinguish their own fizzy wines after laws were enacted to prohibit other areas from using the word Champagne.  (Crémants, however, are made by the exact same process as a Champagne).  Crémant means “creamy” and refers to the fizzy wine’s texture.  Here are a sampling of some of the best regions for Crémants.

Alsace, which shares its western border with the Champagne region, is the largest producer of Crémant in France.   Crémant d’Alsace is made with Chardonnay and Pinot Noir (the same grapes used in Champagne), as well as Pinot Blanc and Riesling.

Burgundy shares its northern border with Champagne.  Made mostly from Chardonnay and Pinot Noir, these fizzy wines can be excellent values.  Add a tablespoon of Burgundy’s Crème de Cassis and you have the region’s famous aperitif, a Kir Royale.

Crémant de Loire was the first Crémant appellation to be recognized in France (1975).  Chenin Blanc, the hallmark white grape of the district’s still wines, makes many of the Loire’s best bubbles.  This fizz pairs perfectly with the area’s coveted oysters.

A fizzy wine in Bordeaux?  The sparkler is only a tiny fraction of this region’s production…and it rarely leaves Bordeaux.  The white version is made from Sauvignon Blanc and Semillon, the rosé from Merlot, Cabernets Sauvignon and Franc, as well as Malbec.