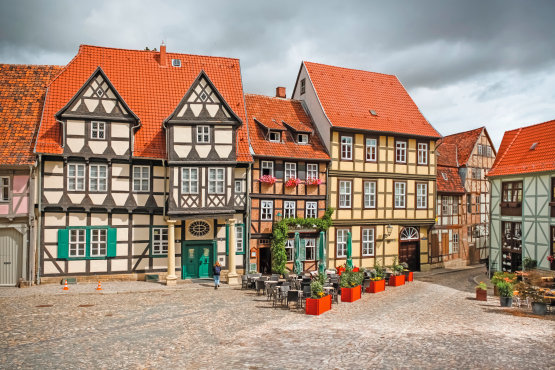 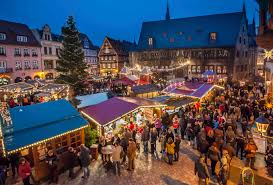 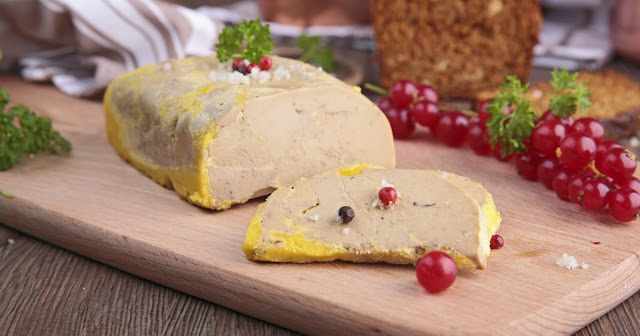 Strasbourg, the capitol of Alsace, has been the site of Europe’s oldest outdoor Christmas market for nearly 500 years.  While there are many Christmas markets in Europe, the one in Strasbourg is regarded as one of the very best.   I’ve been to Strasbourg, as well as the surrounding idyllic Hansel and Gretel Alsatian villages many times, but I have never visited this Eastern part of France during the holidays.  The reason for my entire journey is this Marché de Noel---it’s been on my bucket list for some years. 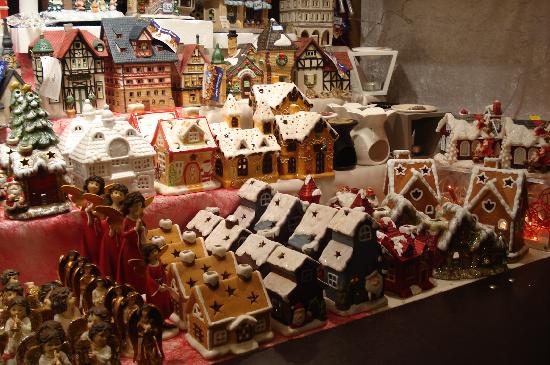 The Christmas market in Strasbourg is spread out over the heart of this riverside town in eleven different squares.  There’s a mind-boggling assortment of hand-crafted items for the yuletide season, including everything one could ever dream of in which to decorate a Christmas tree, or to deck the halls.  For the food-lover, however, it’s a gastronomic Disneyland;  Santa’s elves could seriously eat their way across Strasbourg.

Alsace has been passed back and forth between France and Germany several times during the last hundreds of years.  The Strasbourg Christmas market is reflective of this duality.  In many ways it’s the best of the two countries prettily packaged into a festively wrapped yuletide gift featuring a large culinary bow.

Paying homage to its French roots, the market is replete with vendors selling foie gras.  This outrageously decadent delicacy is gorgeously coiffed in regal packaging that would even impress Coco Chanel.  Foie gras in this region is serious business. While Perigord in southwest France produces more foie gras today, during the 18th century Alsace was the epicenter for this delicacy. 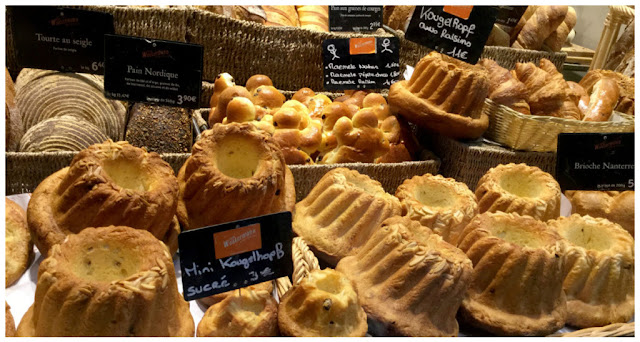 Kougelhoft comes in multiple shapes for the Holidays

There are beaucoup stands at the market selling Alsace’s iconic Kougelhoft, an ethereal yeast-based cake baked in a tall decorative bundt pans.  A traditional Germanic recipe, Kougelhofts are featured in miniature single servings, as well as gigantic ones that could serve a family of 20 for Christmas dinner.  There are even stalls selling the brightly-colored Kougelhoft ceramic pans which are hand-painted. 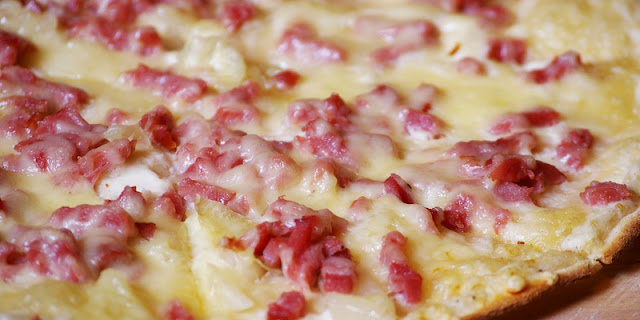 Flammekueche is sublime snack in Stasbourg’s market extraordinaire.  An Alsatian version of pizza, this one has a paper-thin crust.  The French DNA of the dish reflects France’s love affair with cheese.  In this case, it’s topped with the area’s famous Munster cheese and/or crème fraiche.  And for the other chromosome from Germany, the traditional version includes small pieces of ham or bacon. 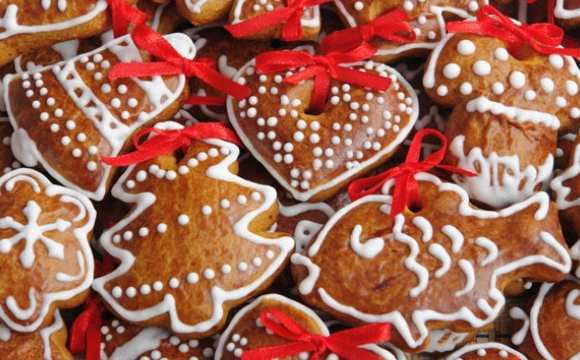 The market serves up several possibilities of the pain d’epices. “Spice bread,” a classical dessert that is Germanic in its culinary roots, is Alsace’s rendition of gingerbread.  Although it has no ginger in it, it is chocked full of cinnamon, nutmeg, cloves and other spices.  At the Christmas market, spice bread is also made as a cookie in all of the shapes of the yuletide season.  These spicy sweet delights pair perfectly with Alsace’s warm yuletide drink, vin chaud, a concoction similar to hot-mulled wine.

Speaking of wine, this region is a treasure for gorgeous white wines.  Yesterday we visited one of my favorite producers, Albert Mann.  The wines from Domaine Weinbach and Trimbach are also noteworthy. 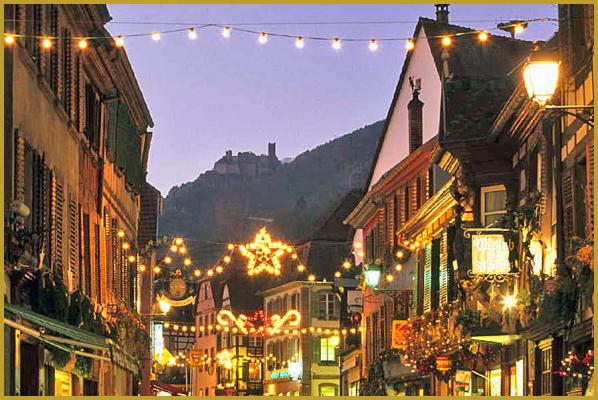 Alsace, an often overlooked area of France, is a special culinary gem.  Other than the center of Paris, Alsace has more Michelin star restaurants per square mile than any other place on the plant.  Regardless of the time of year, it’s a gastronomic treasure- trove and a wonder-filled wine experience you don’t want to miss. 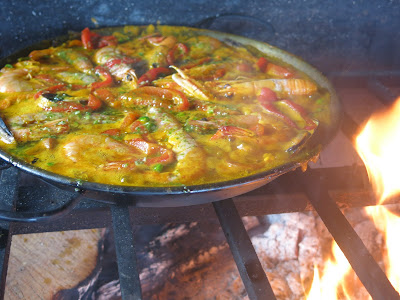 I just flew into Palma de Mallorca to recover from jet lag before heading on my trek to the Christmas markets of France and Germany.  This sun-kissed island off the coast of Barcelona is the perfect spot for an off-season siesta, as well as a great place for the gourmet traveler.  Mallorca is brimming with wonderful foodie experiences.

Other than terrific wines (many of which never leave the island as they are consumed by Mallorca’s 14 million annual visitors), this little culinary gem is replete with delectable gastronomic pleasures.   One of my favorites is its special sea salt.  Known as flor de sel (“flower of the sea”), the Mallorca version trumps many of the fleur de sels in neighboring France. 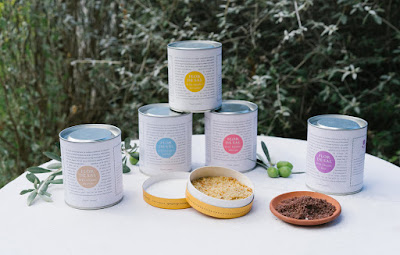 Salts vary from rose-flavored to one with a nuance of curry !

Mallorca’s nearly 200 miles of seashore make for a natural gourmet salt industry, however, up until 15 years ago culinary sea salt was not produced here.  A foodie from Germany (who had traveled extensively in France and well knew the value of a delicate finishing salt) saw the opportunity.  She teamed up with the island’s Michelin star chef (Marc Frosh) who mixed the salt with different combinations of Mallorca’s wild herbs.  The rest is history.  Sold in attractive, upscale packaging, these herb-infused flor de sals are exquisite.  The brand is Flor de Sal d'es Trenc. 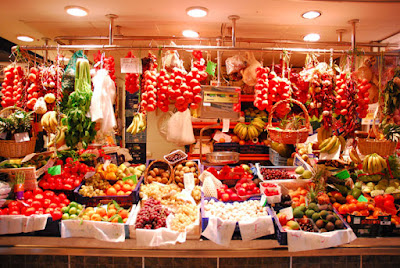 The Mercato de L’Olivar is a not-to-be-missed experience in the capitol city of Palma.  Located a 15 minute walk behind the cathedral (a taxi takes almost as long as it must circumvent the city’s pedestrian center), this up-market foodie’s emporium offers a fascinating array of Mallorca’s freshest food products.  There are also plenty of tapas bars and wine bars sprinkled throughout the market, which makes for fun lunch possibilities.  Also, because of the island’s cornucopia of fish and seafood, there are several sushi bars. (Open 7am – 2pm, closed Sunday)

I’ve been to Mallorca five times and there are a few experiences that are always on my list for wining and dining.   I've listed them below in no particular order: 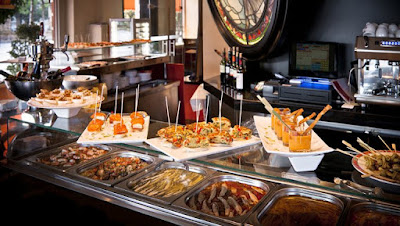 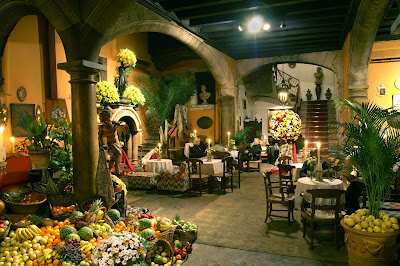 Breathtaking setting for a glass of bubbly 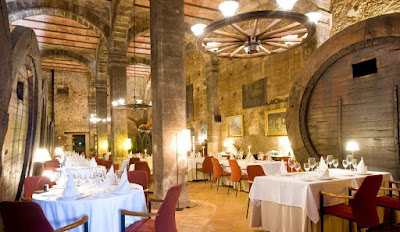 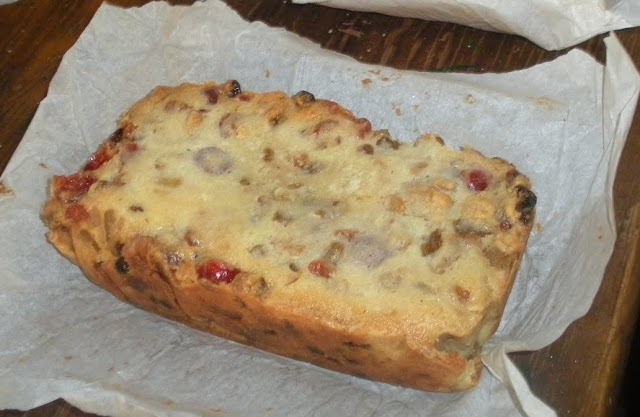