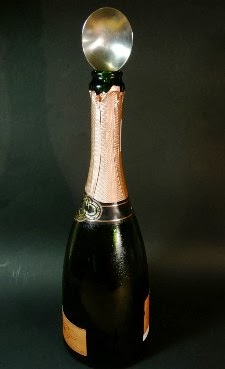 I would not have believed it unless I had tried it.  Last month I rented a home in Carmel and opened bottles of bubbly one evening for a party.  While the house was very well equipped for wine-related entertaining (lovely stemware, foil cutter & well-made openers), it did not have a stopper for sparkling wine.  At the end of the night one of my in-the-know guests heard me lamenting that the bubbles would be gone the next day and offered the following:  “Stick a spoon in it.”  I thought I had mis-heard, but she proceeded to drop a spoon (handle down through the bottle’s neck) and placed it in the frig.

The next day I was sure the spoon trick had failed.  After all, I’m in the wine business and surely I would have heard of such a low-tech solution years ago if it actually worked.  The bubbles were still there 18 hours later. How could this be?  Two days later I was explaining the phenomena to another overnight guest.  (I think she thought the bubbles had gone to my head).  So, I replicated the spoon experiment, this time with a French bubbly.  Next day, the effervescence was still there.  Now, I’m a true believer, as are the several friends who sampled the spooned wine the following day.

How could this possibly be?  In searching the Internet, there’s a host of information about the spoon trick in preserving bubbles, including interesting evidence from researchers at Stanford University.  The Stanford scientists found that capping a bottle of sparkling wine actually decreases the number of bubbles and found the spoon to actually be more effective than a special Champagne closure.  There is also supposition that the key is refrigeration, not the spoon.  Some experiments indicate that refrigerating the bottle with or without a spoon is equally effective.

While you may not be willing to gamble with your finest vintage Champagne, try it, you’ll like it!

The Original Kiss Was Italian 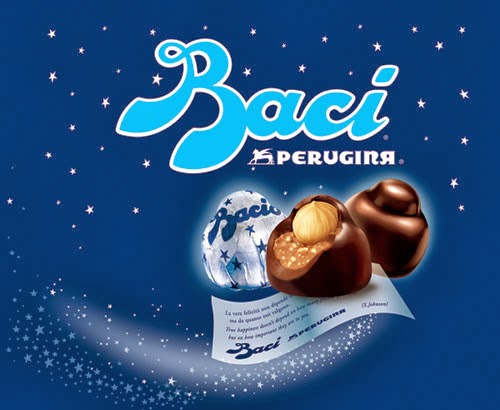 Baci  is Italy’s word for “kisses”  and who other than the Italians would invent the first kiss in chocolate?   While Baci’s have been produced by the esteemed Perugina chocolate company since the early 1900’s, the legend of the first chocolate kiss goes back to the Renaissance.

As the story goes, Romeo was banned from seeing Juliet by her parents for fear that these teenagers were too young to be in love.  But, Romeo was not about to take no for an answer.   He knew Juliet’s maid and he asked the maid if she would sneak in some small pieces of chocolate for Juliet.  The maid did so and the rest is history.

What the maid did not know is that Romeo had written love notes inside each piece of chocolate that was covered in a beautiful metal wrapper.  Perugina reinvented the story nearly 500 years later by including a love note in each of their covered chocolates and named them Baci and to this day love notes are included inside each foil wrapped piece.

Many of you have had a Baci, a gorgeous little piece of paradise composed of chocolate and hazelnuts.  Now a ubiquitous item in every gourmet emporium in the USA and in every country of Europe, they’re exported around the globe.  If you’re coming with us on the 2015 private villa tour to Italy, however, you’ll have the grand opportunity to actually visit Perugina’s factory where the Baci are made and have all of the kisses you wish---chocolate, that is.

To learn more about the 2015 trip of staying in 2 luxurious private villas (1 week in Tuscany, the other week in Umbria...home of Perugina chocolate), check out the tour:  http://www.wineknowstravel.com 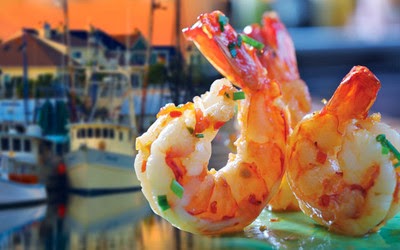 The 100 mile stretch of the Southeastern shore from Charleston to Savannah has become the heart of the South in culinary terms, and center for some of this country’s great chefs and restaurants. (It’s no accident that three recent consecutive James Beard award-winning chefs hail from these cities).  Both Savannah and Charleston are surrounded by verdant farm lands with abundant fresh produce.  Farmers markets, once a rarity, are popping up in many neighborhoods.  Both coastal towns also offer a wealth of just-plucked from the Atlantic seafood.

Wine-Knows Travel is conducting its first trip to Savannah and Charleston next Spring, March 2015.   In addition to dining at the best of these two town’s restaurants, there will be a cooking class with one of the South’s leading chefs, as well as culinary walking tours of both cities featuring stops at the premier bakeries, top gastro-pubs, and finest gourmet shops.

The 2015 Spring trip is strategically timed for the area’s best weather (65-70 degrees and no humidity).  It also coincides with both city’s annual Home and Garden Tours---one of the recognized highlights of the South.  These  once-a-year renowned events, focusing on architecture, history, garden and culture, provide a rare opportunity to go inside the private houses and gardens of some of America’s most beautiful residences, a few dating from the 18th century.

For more information about this culinary tour, check out details of the trip at http://www.wineknowstravel.com.