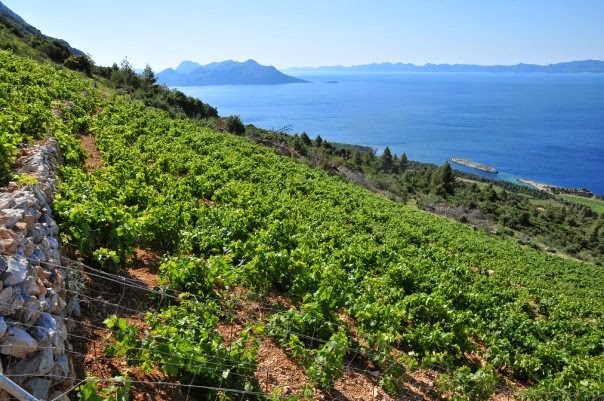 Jaw-dropping vineyards along the Croatian coast

Advances in the science of DNA have led to miracle cures in treating diseases, putting heinous criminals in jail, and are also responsible for authenticating the origins of many of the world’s wine grapes.  Chardonnay, long thought to be native to France, has now been found to have Croatian roots---or, at least, the maternal part of the grape is indigenous to Croatia.  The story goes something like this…

Genetic plant scientists at U.C. Davis have proven that the Gouais Blanc grape, native to Croatia, is the mother of Chardonnay.  It is believed Gouais Blanc was brought to France by the Romans.  While seldom grown any where in the world today, this white grape varietal spread quickly across most parts of France in medieval times.  Gouais Blanc crossed in the vineyards of Burgundy centuries ago with Pinot Noir to create Chardonnay.

While Chardonnay is certainly the most famous offspring of the Gouais Blanc, DNA fingerprinting by researchers has further shown that the Croatian grape birthed many other wine grapes.  Gouais Blanc is an ancestor of Aligoté, Auxerrois, Gamay Noir, and Gamay Blanc.


Today, there is little Gouais Blanc grown in Croatia, however, ironically, Chardonnay is becoming more popular.  Especially in the north of Croatia, near the Italian border, Chardonnay plantings are increasing.   Chardonnay pairs well with the fish-based cuisine of Croatia’s 1,000 mile coastline.

Another connection of Chardonnay to Croatia is via the illustrious winemaker, Mike Grgich.  Born in Croatia, Grgich (who immigrated to the Napa Valley) changed the course of California winemaking in the 1970's when working as the winemaker for Chateau Monhelena.  In the world famous tasting in Paris  (which became a book titled Judgement in Paris, as well as served as the basis for a film Bottle Shock), his Chardonnay beat out some of France's most revered Chardonnays in a blind tasting.  This moment catapulted California's wine industry into a different stratosphere.

Chardonnay is intrinsically linked to Croatia.  Come join us this fall in Croatia for our harvest tour to learn even more information about the varietal and its homeland---we have one spot remaining. 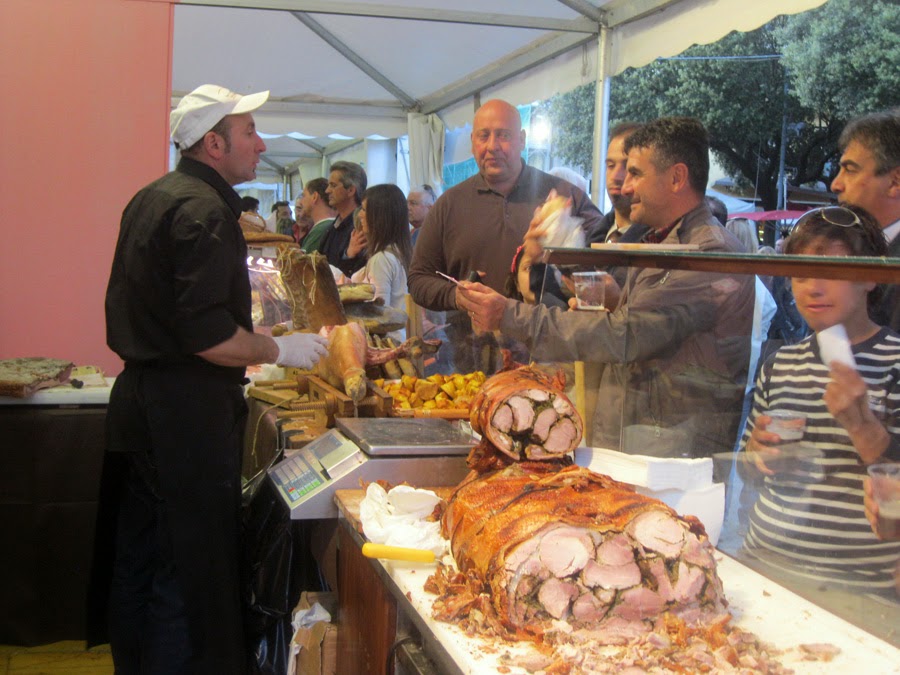 Blame it on my last week’s Blog.  Since writing about Umbria’s wines I’ve been dreaming about porchetta, the world’s most deliziosa pork sandwich.  I had my first bite in Umbria where it is as common as pizza.  Relatively unknown outside of  central Italy until recently, porchetta is quickly becoming the latest foodie rage.  It’s popping up on sophisticated menu’s from New York to San Francisco---surprising since it’s a very rustic dish, often sold as street food.

What makes porchetta so special?  In Umbria, traditionally the entire pig is gutted and deboned.  Then, it is next stuffed with layers of a carefully arranged mixture that includes pieces of its meat, fat, skin, garlic, fennel and lots of herbs such as rosemary.  All of this is then rolled into a gigantic roast and tied with string.  The porchetta is next roasted on a spit over a wood-burning fire.  (In the scaled-down version, just the pork belly is stuffed, but the process of roasting is the same.)  The dish is so famous in Umbria that there are even porchetta festivals.

For true pork lovers, porchetta will make you forget all about baby-back ribs.  In one mouthwatering bite you have crispy crackling pork skin, the succulent fatty belly and the savory tender loin.  It’s addictive.  In Umbria, you can get your fix in a variety of places, one of which is on the street.  There are vans all over Umbria (often found at the local markets) specially outfitted with rotisseries that sell porchetta sandwiches from a take-out window.   Street food will never be this good again.

There are two spaces available on the Wine-Knows Travel June 2015 tour to Umbria.  While we’ll be staying in a luxurious 7,000 square foot villa, but you can bet that we’ll sneak in opportunities to try porchetta at the area’s outdoor markets.  Thankfully, however, with all of the recent hullaballoo about porchetta, US butchers are becoming more accustomed to people asking for porchetta…so many are offering the fixings to make your own! 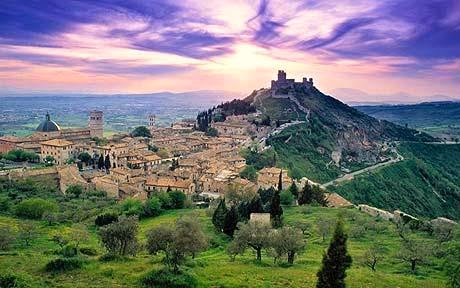 Sunset over Umbria's town of Assisi

While the vino spotlight is focused on Umbria's next door neighbor, Tuscany, there are some real works of art to be found in Umbria.  It's a pity that the area's iconic red, Sagrantino, is hardly known in the U.S., however, this may change as Umbria is becoming one of the most compelling wine regions for quality in Italy.

The Sagrantino grape is actually indigenous to Umbria.   While Sagrantino is one of the most tannic varietals, if properly grown, vinified and aged, it can be Michelangelo or Leonardo da Vinci-worthy.  The wine is inky purple with an almost jet black center.  Its aroma is one of intense deep red fruits, with notes of cinnamon layered with earth profiles.  Granted the special DOCG status by the Italian government, Sagrantino must be aged at least 29 months prior to release.  But, those who age it at least another five years will be rewarded with tastes of paradiso.  It's no wonder that Sagrantino was the favorite of Popes and connoisseurs during the Renaissance.

If you're ready to expand your red wine horizons, try one of the following Umbrian producers of Sagrantino:
For all of you white wine lovers, don't despair as one of my favorite whites from Europe is produced in Umbria.  Look no further than Castello della Salla's Cervaro della Salla.  I still remember the first time this ethereal wine passed through my lips in 1999.  One of the country's most illustrious whites, it is pure magic.  Made from Chardonnay grown in limestone soil (and mixed with the Grechetto grape which adds even more richness and structure, along with nutty profiles), Cervaro reminds me of an exceptionally well-made white Burgundy.

St. Francis of Assisi so loved Umbria that he built a basilica here.  Italy's premier chocolate maker, Perugina, is also Umbrian.  Add Sagrantino and Cervo della Salla and you have a constellation of masterpieces.  If you're joining Wine-Knows in 2015 for the rental of a luxuruios 7000 sq. ft. villa, you'll have the opportunity to sample all of the best of Umbria.

Wine---the Only Time You Can’t Be Wrong! 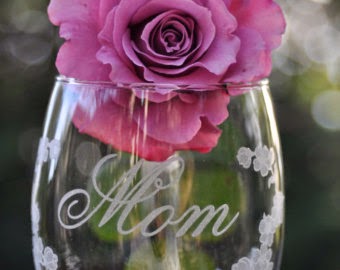 Mother’s Day is just a few days away.  My mother always made me feel that I could do no wrong.   I am not saying that I wasn’t disciplined (as I frequently was!), but mother had a way of making you feel special…even after the spankings.  When you’re contemplating if you like a wine, it should be similar.  You can’t be wrong.   Let me explain.

No one can argue with you about your personal choice.  Let’s take dogs for example.  Could someone possibly convince you that your choice of a poodle was any less “correct” than a collie?  Same with wine.  Your preference for one wine over another is just that…your personal proclivity.  And, you shouldn’t have to defend your preference to anyone.

So why am I going down this road?  I often see folks debating over which wine is best---trying to convince another that the other’s wine choice is less accurate.  The entire point of this article is to amplify that “best” should be only in the eyes of the beholder.  Your personal preferences are just that…personal.  No one should be able to dispute what you prefer.  It’s entirely subjective.

Wine preference is the only time in life that I know of that one cannot be wrong.  And to my very dear mother who is still alive at 94 years of age, I send a very special Mother’s Day toast for giving me the courage at an early age to be able to see that everyone doesn’t have to agree.

Under the Tuscan Grapevine: Sangiovese

Sangiovese, the most planted red grape in Italy, is the defining grape of Tuscany. While the varietal is concentrated mostly in central Italy, it is planted in nearly 60 of Italy’s wine regions.  It's in Tuscany, however, the grape reaches rock-star status producing some of the country’s most distinguished, complex and age-worthy wines such as Brunello di Montalcino or Vino Nobile de Montalcino.  But, Sangiovese also creates easy-drinking wines at the moderate end of the quality and price spectrum…a Chianti Classico, Rosso di Montalcino or a Morellino di Scansano---all of which are 100% Sangiovese.

Known for its naturally high acidity, the Sangiovese grape offers moderate to high tannins.  Sangiovese wines have the potential to age because of their tannin structure.  Tuscany’s wines with the longest aging potential is Brunello di Montalcino that can age for upwards of 20 years in ideal vintages.  The potentially lighter Vino Nobile di Montepulciano tend to have a shorter life span of 5-10 years.  The aging possibility of Chianti is highly variable, depending greatly upon the producer, vintage and the sub-zone of Tuscany in which it is produced.

Flavors are dependent upon the terroir in which the varietal is grown as well as the winemaker’s touch.  Traditionally, Tuscany’s profile for Sangiovese is one of sour cherries and herbal nuances.  The modern version, however, is more plum-like with notes of cinnamon and vanilla (both of which come from aging in newer oak).  The younger, drink-now-style boasts a strawberry profile.

One can’t discuss Sangiovese without addressing how the varietal pairs with food.  The wine’s high acidity and moderate alcohol make it quite food-friendly.  Tomato-based sauces in pasta and pizzas are a classical pairing.  Herb seasonings such as basil, thyme and sage play off the herbal notes in the grapes.  Sangiovese that has been aged in new oak works well with grilled or smoked meats and poultry.  The wine also pairs nicely with aged cheeses.

In short, Sangiovese is the work horse grape of Tuscany.  It is used to produce everything from red still wine to rosé, sparkling and the region’s iconic sweet wine by the name of Vin Santo.  Its price point ranges from $15 - $150, so there’s something for everyone from serious oenophiles to novices.  Here’s a list of my faves, listed in order of descending price: