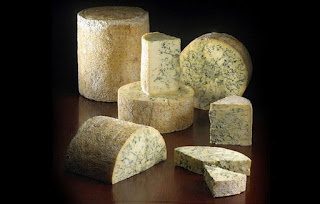 I am a raving fan of the blues…cheeses that is.  Every year at the this time my mother sends me a wheel of Stilton cheese from .  Twenty-five years ago “mum” and I visited the premier producer of Stilton, located not far from Robin Hood’s .  We still reminisce about that glorious day at award-winning Long Clawson Dairy.
Stilton, unlike Roquefort which is made from sheep, is crafted from cow’s milk.  While I adore Roquefort, I’m a Stilton girl all the way.  Stilton is a little higher in fat content, thus, has a more luscious texture.  Roquefort is sharp, whereas Stilton is more subtle.  But the real reason Stilton deserves kingly status is for its complexity.
Long Clawson Dairy, who recently won SUPREME CHAMPION at the International Cheese Awards, will ship its products:  http://www.clawson.co.uk/   However, if you want to fast track it for the holidays Long Clawson's fabulous cheese can also be ordered through William-Sonoma ($75 for 2 lbs, including tax and shipping).  http://www.williams-sonoma.com/products/stilton-cheese/
My fave way to serve the King for Christmas?  A winter salad composed of fuyu persimmons, pomegranates, arugula and toasted walnuts or pecans…dressed with classic vinaigrette.
Posted by June Forkner-Dunn, PhD at 10:59 AM No comments: 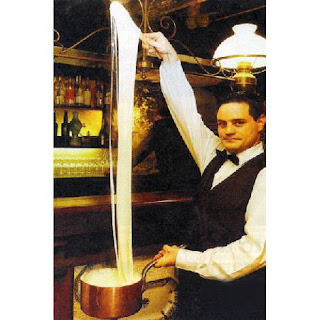 Aligot, one of the restaurant's signature dishes.
I frequently am asked recommendations on where to eat in .  The first question I ask is “What’s your budget?”  The second is “What night?”  If you’re dining in Paris on Sunday evening (when the vast majority are closed) and don’t want to drop a bazillion Euros----but still want to eat well---there’s one place that stands an Eiffel tower above the rest:  Ambassade de Auvergne.
The little jewel specializes in cuisine from ’s mountainous central area, the region.  Its prixe fixe menu (28 Euro or <$35, including tip and tax) represents one of the best deals in for quality cooking.  Don’t leave without trying the “Ambassador’s” aligot, a mouthwatering potato dish infused with the region’s famous Cantal cheese---it’s totally sinful, but a sin you’ll never forget (and it is served with the prixe-fixe dinner).
The other piece de resistance is their chocolate mousse which I learned about by accident.  One of my friends ordered it and insisted that I take a bite---I declined but my dear friend was unrelenting…and the rest is history.  After too-many-to-count pedestrian chocolate mousses in my life, I can say that this version is in a league of its own---absolutely superb!  The good news is that it, too, is served on the bargain prixe fixe dinner.
Ambaassade de Auvergne is located near on a small street away from the maddening crowds.  If you’re coming by Metro, it’s almost across the street from the Rambuteau stop.  If dining on Sunday, don’t even think about showing up without a reservation.  I prefer the rustic downstairs dining room decorated with a wooden-beamed ceiling and copper pots, however, the upstairs is attractive as well.  I suggest not choosing a wine from the area…I’ve tried several and none were noteworthy.  But, not to worry as there is a good selection of moderate cost wines from several other areas in .
www.ambassade-auvergne.com
Posted by June Forkner-Dunn, PhD at 11:54 AM No comments:

Foie Gras is NOT French 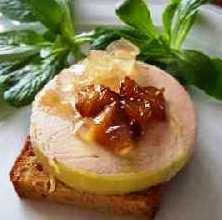 Last week I broke the sad news that the croissant is not French.  I’ve got more troubling news for all of you Francophiles who love foie gras, a popular delicacy in :  it is not of French origin!  Au contraire, foie gras actually originated in ancient .   In 2500 BC the Egyptians began deliberately fattening birds for culinary purposes through force-feeding.  This process then spread to in the 5th century BC, and then later to the .  It was actually the Romans who brought the process to .

Today, is the leading producer and consumer of foie gras in the world.  If you’re one of the lucky folks who have secured a seat on the SOLD OUT  September 2012 harvest tour to , you will visit a famous farm where foie gras is produced.  You’ll be able to view the process of force-feeding (controversial for some in the but not so in most other parts of the world), and judge for yourself how you feel.
Posted by June Forkner-Dunn, PhD at 1:00 AM No comments:

Those of you who have recently journeyed “down under” may think this title is an oxymoron--- at the moment is enormously expensive.   That being said, these wines (all imported to the USA) represent superb value for their quality/price ratio (listed in alphabetical order):
Posted by June Forkner-Dunn, PhD at 10:28 AM No comments:

A Stellar Find in Milan 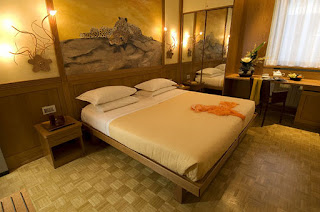 We just happened to be going to at the time of their Fashion Week.  Although I was looking for accommodations several months in advance, there was absolutely nothing available.  Then, an Italian friend recommended Hotel Star.  “It’s only a five minute walk from the La Scala Opera House and a few minutes more to the Duomo and Galleria” she wrote.  Bingo…minutes later I found on the Internet that Hotel Star had availability!
I wasn’t expecting much as the special Internet prepayment rate (no cancellation) cost was $185 US per night.  (Considering its location that’s a miracle).  Our taxi turned off a busy road onto a small side-street and moments later we were at the front door of Hotel Star. As we entered I was surprised at the rather grandiose, marble lobby…after all, it was only a 3 star property.  When we opened the door to our room, I was shocked again, this time at the large, beautifully appointed space:  highly polished parquet floors, attractive wood paneling, gorgeous light fixtures and faux finished walls with a hand-painted mural.
The bed proved to be extremely comfortable.  A marble bathroom with a Jacuzzi tub completed this perfect escape. The quality of the towels was excellent.  And, the tiny street proved to be a blessing in noisy downtown as our street-facing room was perfectly quiet.
Hotel Star (http://www.hotelstar.it/) has only 30 rooms and has been owned by the same family since the 1930’s.  Be sure and ask for a SUPERIOR room on the first or second floors, all of which have been refurbished and are well worth the extra small cost.  The only liability is the hotel does not have parking (although I was told there are parking lots within walking distance).
Skip breakfast at the hotel (not included in the above rate) and head down the street one minute’s walk to Bar de Bossi.  The place was packed with well coiffed business men and woman stopping for an espresso or cappuccino before work in the nearby financial district.  We had a superb cappuccino made with Illy Coffee (our fave) for $2 each, and a delightful warm pasty ($1.50)…brilliant bargains in super pricey .
Posted by June Forkner-Dunn, PhD at 11:22 AM No comments:

What Wine to Serve at Thanksgiving?

The first day of November finds many of us contemplating our Thanksgiving dinner.   Should I brine the bird?  Smoke or roast it?   Who in the crowd likes Brussels sprouts?  Who doesn’t?   Pumpkin pie or one of my new recipes---or both?    The plethora of questions often include what wine?
Assuming you’re serving turkey, my suggestion is either a Pinot Noir or a dry Gewurztraminer, or both of the varietals.   These two wines work beautifully with turkey and most of the trimmings (with the exception of asparagus which is a horrible pairing with most wines.).   My preference is to conduct an informal experiment using both the Pinot and the “Gewurtz.”  I place two glasses at each setting and ask folks to try both wines with their dinner.  Guests are asked them to keep their preference to themselves during dinner and unveil their favorite after.  At the end of the meal, choices are revealed.  I  am always amazed that we typically get the same answers over and over:  50%  prefer the Pinot; the other 50% prefer the Gewurtz.  Often the majority are surprised at their preference.
For a dry Gewurztraminer, I recommend one from (this tiny piece of makes the best Gewurtz on the planet….but just make sure the wine is dry.)  Great producers with good penetration in the market include Trimbach, Domaine Weinbach, and Albert Mann.   Prices for these Alsatians range from $25-100, depending on if it’s a Grand Cru).  If you want an American Gewurtz, look no further than Claiborne and Churchill (, ).  This one is a steal at $20.
Pinot Noir can be pricey, especially those from .  My suggestions for California Pinots are Dehlinger or William Selyem, neither of which are cheap ($55-75 for the latest vintage).  A good alternative for less is Melville’s Verna Vineyard at $26.  is also making some lovely Pinots---I suggest Domaine Drouhin or Ken Wright (both in the $30-50 range).  ’s by Martinborough offers an excellent quality/price ratio at $29.  Want to up the ante with a Burgundian?  Opt for Dujac or Meo Camuzet, both of which can be plucked for $50-450, depending on vineyard and vintage.
Posted by June Forkner-Dunn, PhD at 10:16 AM No comments: