The Making of a Sherry 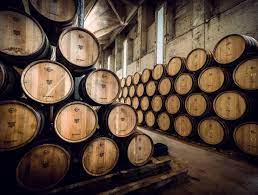 Last week on this blog two different types of dry Sherry were discussed.  Produced only in a limited geographical area of southwest Spain not far from Gibraltar, Sherry is different from other wine because of its “solera” system.   Think of the solera  as a vertical system where wine can be transferred via gravity flow. 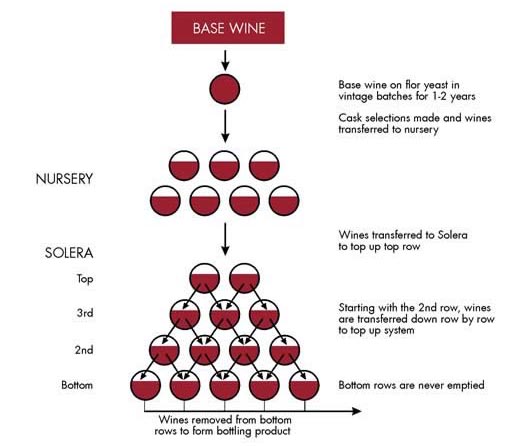 To understand the process of making a sherry we must first start with the “base wine.”  Sherry begins as a regular wine made from the white Palomino grape.  The wine is initially aged for the first few years in contact with the yeasts left over from its fermentation.  These yeasts float to the top and create a layer called “flor.”  This flor cap creates a barrier to prevent oxygenation, and also gives the wine below it many flavors.

Once the base wine goes through the initial aging with the flor of yeasts, it is then transferred to a holding area we’ll call the “nursery.”   (The flor is not transferred but remains behind.)  The nursery then babysits the wine until it’s ready for transfer to the the very top layer of the usually four tier Solera system.

To understand the Solera system, we’re now going to move from its top fourth level to the very bottom tier.   Solera in Spanish means "on the ground."  The very bottom level of the Solera system is a mixture of the wines that have been passed down through the varying levels bit by bit:  from the fourth level to the third, then to the second layer, and finally to the bottom final level.   The bottom ground level of the Solera is from where the finished sherry comes.  It is important, however, to note that the bottom level casks are not emptied.  Only a small amount of the cask is removed from the "ground floor."  After this removal, the bottom layer is then topped off with wine from the levels above. 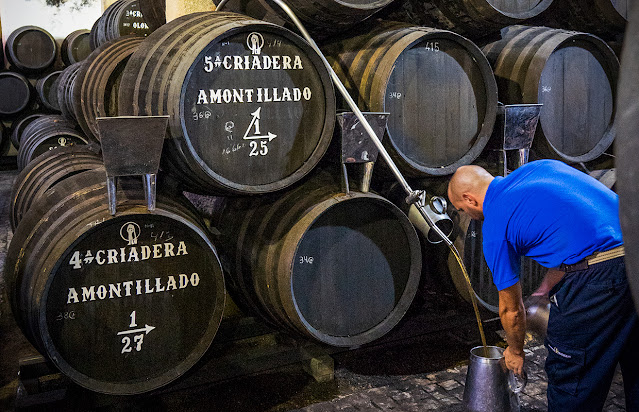 The bottle of Sherry that is ready for the consumer, hence, is a combination of all tiers of the Solera system, having been passed down slowly ounce by ounce from the nursery through all the levels.  In summary, the solera system is a unique form of aging, as well as a form of blending.   This system is unique and is only used to create Sherry.