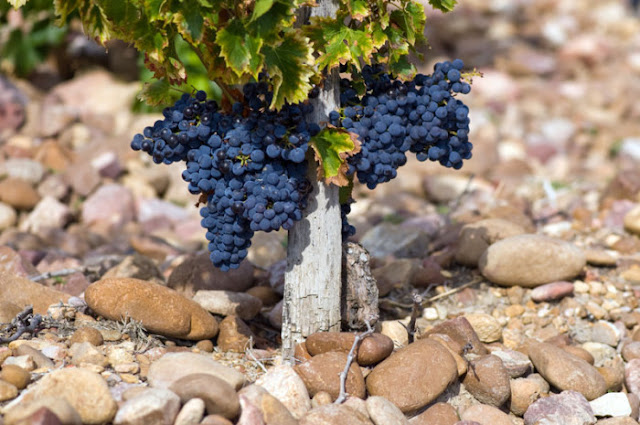 The wines of Chateauneuf du Pape are among the most coveted in the wine world.  These are powerful, complex red wines that are made from GSM (Grenache, Syrah and Mouvedre---the area’s “Holy Trinity” of grapes).  Chateauneuf du Pape is located in the southern part of France's Rhone Valley, and the Rhone River plays an instrumental role in this wine region.  Rocks, washed downstream by the Rhone and deposited in Chateauneuf’s riverside vineyards, are critical to making these world-class wines.

In fact, the rocks of Chateauneuf du Pape are so important to its wine that the stones actually have their own name, galets.   These galets are remnants of Alpine glaciers that have been carried down over millennia by the Rhone River.  The constant churning by the Rhone is responsible for the galets’ smooth exterior. Often overflowing its banks, the Rhone has left in its wake vineyards that are often yards deep in these galet stones.  But, how can rocks be so important in making an outstanding wine?  Let me explain. 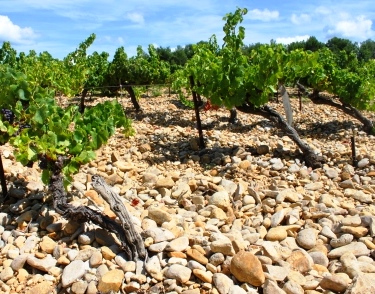 Galets are a distinguishing feature of Chateauneuf du Pape’s wines and translate into the glass in several ways.  First, they are integral to the  to the ripening of the grapes, as well as promoting growth of vines.  By absorbing heat from the day’s sunshine, these rocks release this heat back to the vine during the cold nights---they are a kind of built-in heating system.  Second, galets provide excellent drainage thus are important for the vine's growth.  Chateauneuf’s subsoils consist of layers of smaller broken down pebble-like galets.  This stratum of earth affords a perfect drainage system for the vines. Furthermore, the galets protect the soil from erosion by the violent Mistral winds of southern France. 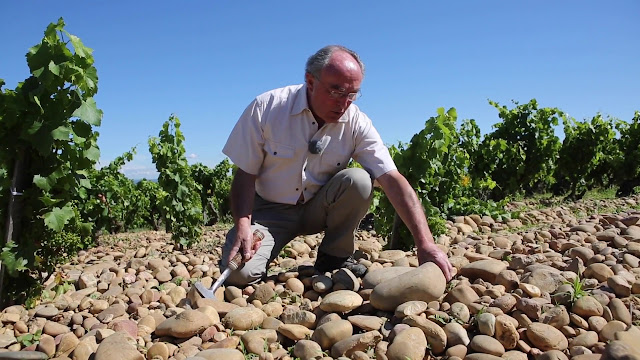 Underneath this top layer are several feet of tumbled stone

My favorite Chateauneuf du Pape wine?  That’s like naming a favorite child, but there are two that always float to the top of my list.  (By the way, this small wine district also makes some killer whites…and one of them is on my list!)

Chateau La Nerthe White:  Also a blend, this ethereal wine is made from four white Rhone grapes:  Grenache blanc, Roussane, Clairette and Bourboulenc.    $55-$75 and worth every cent.