Tarragon's Origin Will Surprise You!

I will be in France in just a few days and I'm already looking forward to my first Wine-Knows' meal....which, by the way, will include a dish made with tarragon.   This herb is often associated with classical French cooking (e.g. Bernaise sauce is made with tarragon, as is the country's quintessential "fine herbs" blend).  Our first group dinner will be at jaw-dropping Chateau Bychevelle (Wine-Knows has leased the entire property for four nights).  The starter will be lobster poached in a tarragon-infused butter and white wine sauce.  While the French adore tarragon, the herb's origin is far from France. 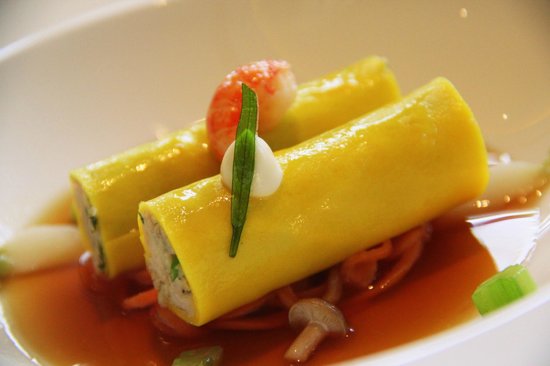 Tarragon originated in either Siberia or Mongolia.   While the Greeks were using tarragon 500 BC for medical purposes such as toothaches, the herb seems to have worked its way into Europe's cuisine sometime after Genghis Khan's army invaded Europe in the 12th century.  While the Mongolians never made it to France, they did capture parts of Germany and Italy, both of which border France.  History indicates the Mongolians were chewing tarragon both to clean their teeth and as a sleeping aid.

The tarragon herb has an anise-licorice taste so it's understandable how chewing it morphed to using it in cooking.  While there are millions of recipes that use tarragon (in countries that range from the Middle East to Asia in savory and sweet recipes), the one that really stands out in my mind is Julia Child's veal scallopini with mushrooms:  Escalopes de Veau a l'Estragon (Mastering the Art of French Cooking, Volume 1, pages 367-8.)   If you don't have the book just Google the recipe as there are copies her recipe on the web.

One last tidbit.  Did you know that tarragon was a member of the sunflower family?