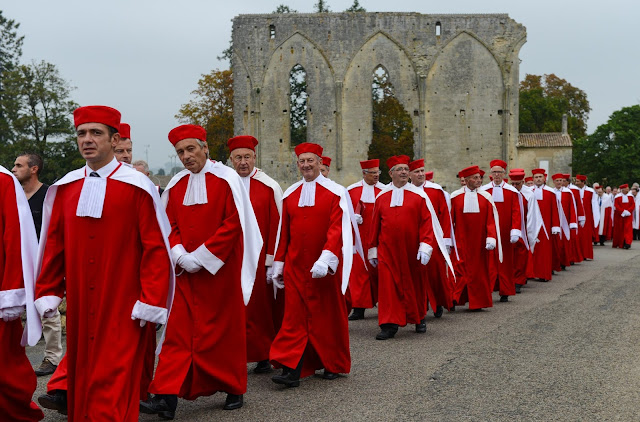 The Jurade harvest festivities are a wine-lovers' dream experience

The year was 1199.  England controlled the entire southwest of France, including the Bordeaux region.  King John (the brother of Richard the Lionheart), commissioned a brotherhood of wine to be formed in the medieval town of St Emilion located across the river from the city Bordeaux.  Known as the Jurade, this elite organization received special dispensation from the English Crown.  In return, England was given the first rights to St Emilion’s wine.

The freedom provided to the brotherhood of the Jurade (composed of the area’s top winemakers), allowed the Jurade to maintain rigorous quality control.  If the vintage was poor, winemakers were encouraged not to make wine that year.  Over 800 years later, the Jurade of St Emilion is still active.   Wine-Knows’ participants on the upcoming harvest festival tour to Bordeaux will be guests of the Jurade at their extravaganza private luncheon. 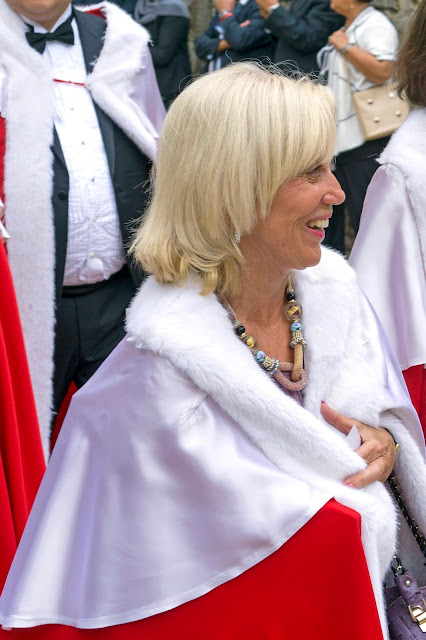 June Dunn, owner of Wine-Knows, became a member of the Jurade in 2016

On September 19, Wine-Knows will attend a private breakfast in St Emilion’s City Hall with the Mayor and members of the Jurade.  Dressed in long flowing theatrical red robes, the Jurade will depart city hall in unison and parade down the people-lined cobblestoned streets (with Wine-Knows marching right behind them in the procession).  This is one of the most important events in the Bordeaux wine district.  Photographers and television cameras will abound. 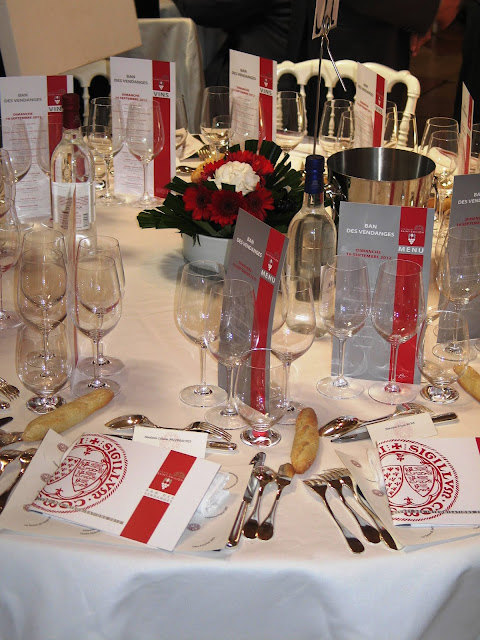 The Jurade's private lunch is one that would even impress Bacchus

The spectacle continues all the way to St Emilion’s church where a mass for the blessing of the harvest will be held.   After the mass, new members of the Jurade will be sworn in.  Then, the wine begins to flow as the Jurade and Wine-Knows will move to the city’s famous medieval Cloistures for a glass of Champagne to celebrate.   The coup de etat, however, will be the private luncheon in one of St Emilion’s ancient palaces.   At the last Jurade Wine Knows attended, lobster was the first course, foie gras the second, and the main was a tenderloin of beef.   Ten bottles of premier St Emilion adorned each table for 8 persons.  The lunch typically lasts for 3-4 hours.

A toast to the Jurade, s'il vous plait !