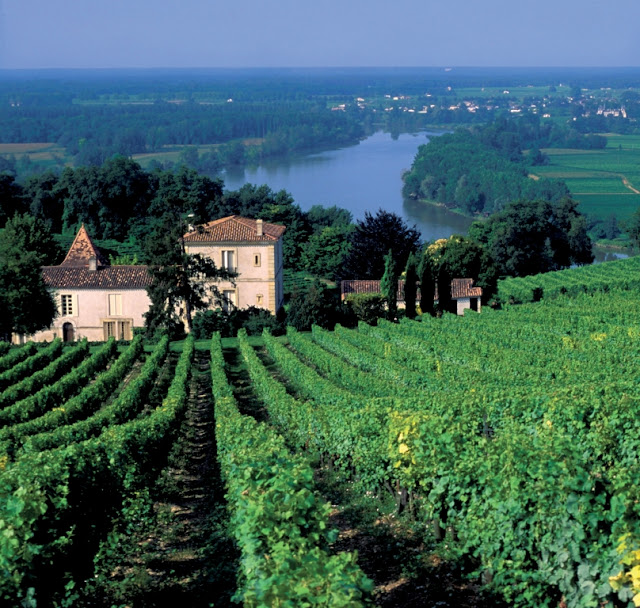 This article is the first in a four part series on Wine-Knows' September trip to Bordeaux.

White Bordeaux?  That’s an oxymoron for many.   Production of white wine accounts for a mere 10% of Bordeaux’s total (and 3% of this is sweet wine from Sauternes), thus, it’s not surprising that a dry white Bordeaux is even less known.  Indeed, Bordeaux’s dry white is rare, with little of the miniscule amount produced ever making it across the Atlantic.  Dry white Bordeaux is definitely worth seeking out, and when you find it you’ll be astonished at the inexpensive price. 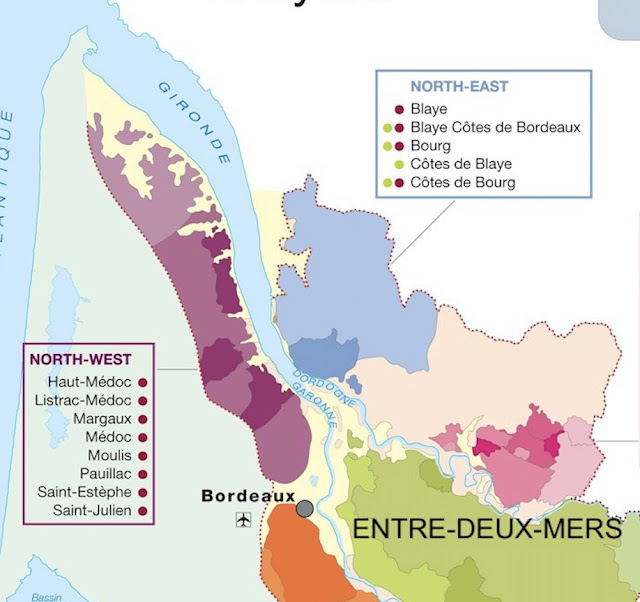 Entre-deux-Mers is just east of the city of Bordeaux

Most dry whites produced in Bordeaux come from the Entre Deux Mers sub-region of the wine district.   One of the top from this area is Chateau Marjosse which can be found online for about $15 a bottle (and the chateau’s owner is the managing director of Cheval Blanc and Yquem).    Other stars of Entre Deux Mers include Thieuley and Haut Garriga, both under twenty bucks. 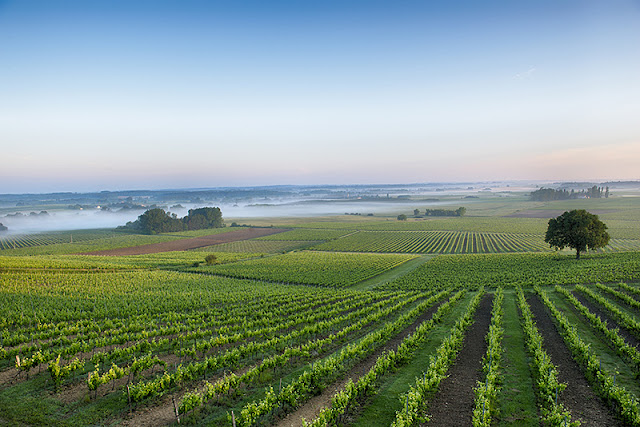 Bordeaux’s dry white is a blended wine made from mainly two grape varietals,  Sauvignon Blanc and Semillon.  Sauv Blanc is often the majority of the blend, which is not surprising since this grape originated in Bordeaux.  Contributing citrus notes and a mineral profile, Sauv Blanc forms a solid acid backbone for the area’s whites.   Semillon, on the other hand, is responsible for the unctuous texture of white Bordeaux.  Moreover, Semillon’s deep golden color also adds to the wine’s color by intensifying the hue.

As dry white Bordeaux remains relatively unknown in the US, there is little demand and prices are downright a steal for the quality.  Why not have a Bordeaux Blanc party and spread the secret?