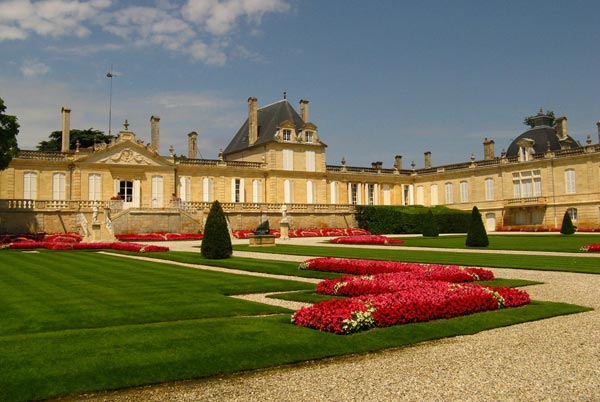 Most serious Bordeaux-lovers know that the red wines of Bordeaux’s huge wine region are always blends (there are very few exceptions).    Cabernet Sauvignon is represented in all of these blends.   But, there is one wine district of Bordeaux where Cabernet is King.   Known as the “Medoc” (or Left Bank), this north region of Bordeaux has many famous chateaux that will ring a bell such as Mouton-Rothchild, Margaux and Latour.

Formerly a swamp and marshland, the Left Bank of the Gironde estuary was drained in the 17th century by Dutch engineers who had honed their trade learning the building of dikes to protect the low-lying lands of the Netherlands.    Voila.   Once this swamp area had dried out, bankers in Paris (aka the Rothschild family) saw the potential for growing grapes in the Medoc.  The rest is history.


The Gironde estuary, however, had left something that would prove vital to winemaking.   Over centuries, rivers from the Pyrenees mountains had carried down huge rocks.  These rivers emptied into the Gironde estuary.  In fact, the Gironde, which had often overflowed its banks, had actually created the marshlands.  When the Medoc’s swamp was drained the surrounding land was filled with small rocks and gravel.  Centuries later, this gravel soil is known to be an instrumental part of the Left Bank’s terroir.

Cabernet thrives in gravel soil.  Gravel offers the perfect drainage and Cabernet hates to be in wet soil.  The rocks also retain heat, so they protect the vines from the intense cold winter nights in which vines can freeze.

Cabernet is definitely King on the Left Bank with most of the red wine having Cab as its majority.  While the largest planted grape in all of the Bordeaux regions is Merlot, Cabernet rocks in the Medoc (pun intended).   Next week on this blog we’ll move to the Right Bank of the Gironde where Merlot is Queen.