Italy makes some of the world’s most delicious chocolate pleasures.   Among  the Italian chocolate elitists, is one that is located on the island of Sicily.  Known as Modica chocolate, the delicacy can only by law be produced in the town of Modica.  This “town of chocolate” uses an ancient Aztec technique that was brought to Modica by the Spaniards in the 16th century (Modica had a close connection with the Spanish Crown).  Modica chocolate is now protected by the European Union with a special designation PDI, which guarantees the consumer it’s the real deal. 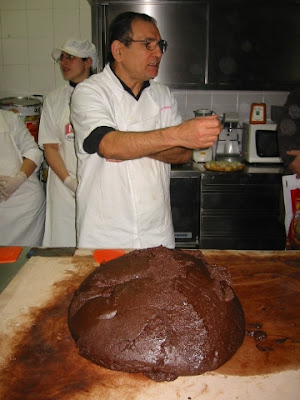 Wine-Knows was to have visited Modica today but COVID delayed our Sicilian journey until October 2021.   Next year we'll learn that chocolate is produced the same way that it was at the time when the Spanish conquistadors sailed to South America and discovered the culinary magic of the Aztecs.   The Aztec technique of “cold” processing is used in all Modica chocolate.  Typically, chocolate is produced using heat which makes it smooth, but the cold method produces a characteristic crunchy texture as seen in Modica chocolate. Another major difference of the Aztec-based tradition is that there is no added butterfat---the only fat present in Modica chocolate is the cocoa butter that is naturally present in the cocoa bean. 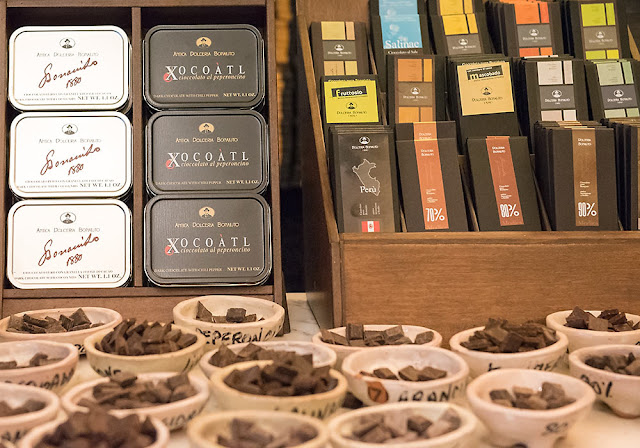 The 21st century has brought upscale packaging & dozens of flavors

The Ferrari of Modica chocolates is Bonajuto. The oldest firm in Modica, the family of this company has been making chocolate since the early 1800’s.  In 1920 Bonajuto won the Gold Medal at the International Exposition in Rome.  Fast forward a hundred years…Bonajuto, while based on tradition, has become innovation-driven, research- based, and ethics-centric (Bonajuto’s cocoa comes from certified plantations that do not use child labor and working conditions are protected and safeguarded.) 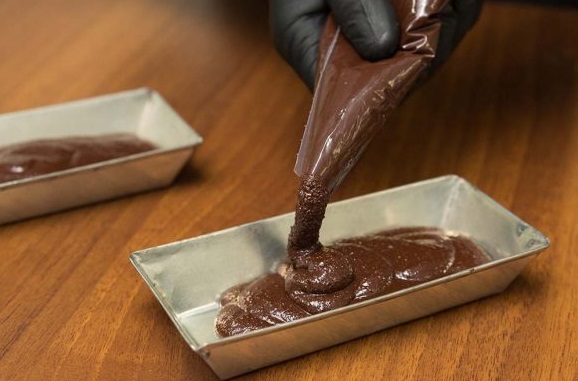 More than 500 years after the Spaniards first brought the cocoa bean to Modica, chocolate has become Modica’s black gold.  There are too-many-to-count chocolate shops in the town.  Chocolates come in every size and shape, with flavors such as cinnamon, chili, orange, sea salt, cardamom, ginger, marjoram, nutmeg, white pepper, and vanilla.   Many shops even sell frozen chocolates for tourists to buy, especially during Sicily’s hot summers.

Lucky travelers on Wine-Knows tour rescheduled for next year, October 2021, will visit Bonajuto for a tasting and tour of the facilities.    But, you don’t have to go to Sicily to buy Modica chocolates as they’ve become world famous.   You can buy Bonajuto online from many sellers in the USA.