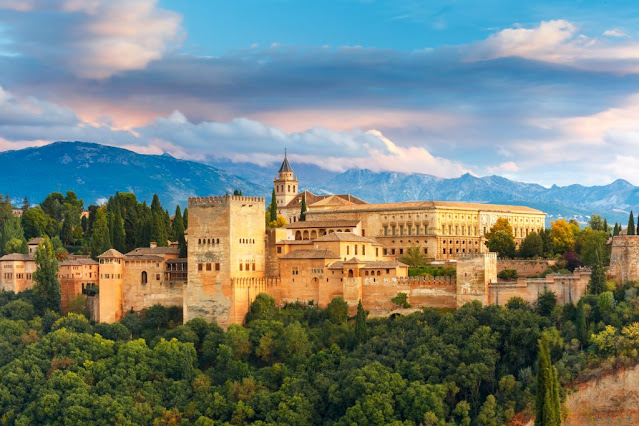 client who is coming on the Wine-Knows' Mallorca tour next year asked me recently, “Which city in Spain is your favorite?”   While I love Madrid, I immediately knew that my numero uno choice had to be either Granada or Seville.   But, which one?  Both are located in Spain’s southern Andalusia region which borders the Mediterranean.  Choosing would be very difficult. 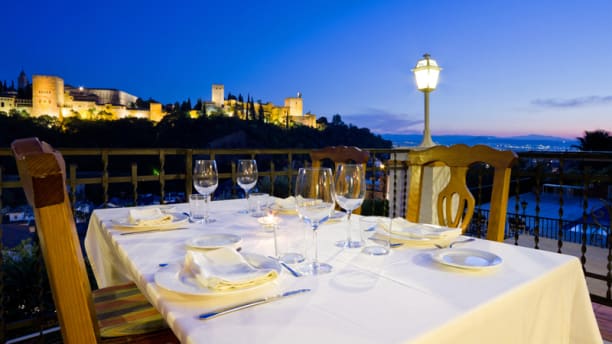 The Alhambra can be seen from all over Granada

Granada is arguably one of Spain’s most compelling cities.  Located at the foot of the beautiful Sierra Nevada mountains, it was ruled by the Moors for over 800 years.  In fact, Granada was the last Moorish stronghold in all of Spain.  This city is world famous for its Alhambra Palace, a walled fortress that is one of Europe’s most breathtaking pieces of architecture.  But, there is so much more to Granada than this astonishing Islamic citadel. 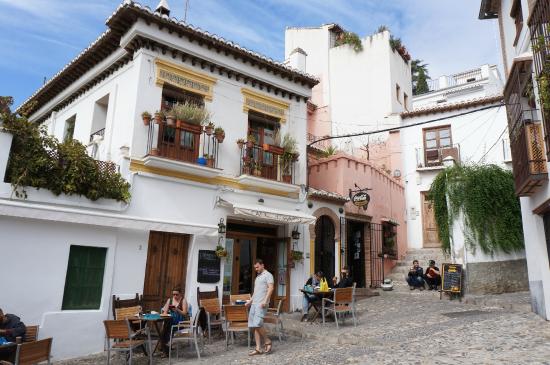 Granada has a palpable soul.  The city has an energy, especially the historic Moorish quarter that surrounds the spectacular hilltop Palace.   Known as the Albaicin quarter, think of it as an exotic Casbah with meandering cobblestone alleys, a mélange of intimate flamenco clubs, atmospheric Bohemian cafes… and then layer on seductive bars with twinkling lights, exotic aromas from both restaurants and homes, and a distant guitar serenading lovers.  Granada's old town is intoxicating. 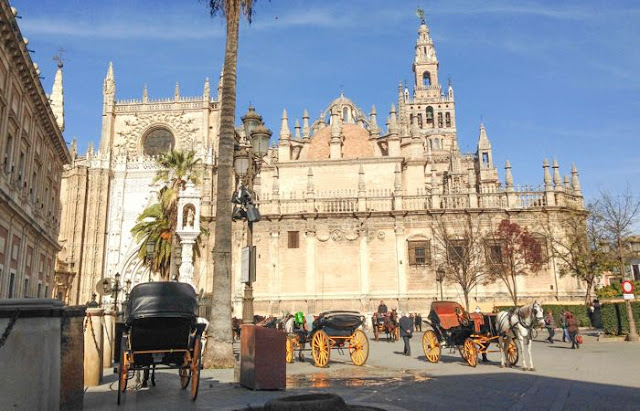 Seville seduces both the young and old

Seville, on the other hand, has been voted one of the globe’s Top 10 cities to visit.  It has an air of sophistication.  It’s passionate.  It’s also mucho romantico.  There’s no wonder why the city is the capitol of passion-based flamenco dancing, and one of the most loved by travelers in Europe.  Sevilla has all the trappings for allure, including horse-drawn carriages, quiet pedestrian-only cobblestone streets, a jaw-dropping flood-lit Gothic cathedral, and even its own spectacular Moorish castle.

But, wait!  Seville has an added bonus….it is very near Sherry wine country.   In about an hour visitors can go from a coffee on one of Seville’s  plethora of dramatic squares to tasting a flight of wine in the Sherry countryside. 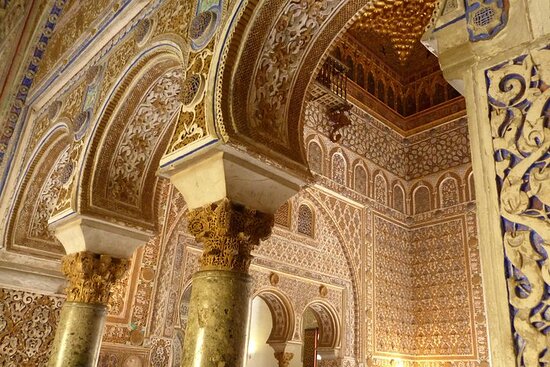 Granada or Seville?   I choose both….as can you for Wine-Knows will be visiting both Granada and Seville next October, 2021.  Currently there are a few spaces available so check out these two astonishing gems on www.WineKnowsTravel.com.