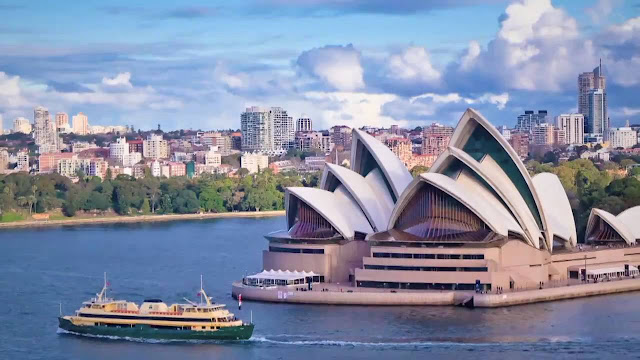 I’ve just arrived in Sydney for some days of R&R between WineKnows’ tours to Vietnam and New Zealand.  Although I’ve been to Australia three times, it’s been a while so I developed a wine "cheat-sheet."  Included is an update on the country’s current wine scene, as well as a cursory review of its major wine regions.

First, however, a couple of points.  While Australia spent a bazillion bucks developing their wine brand “Shiraz” (their word for Syrah), the country has so much more to offer other than Shiraz.   Additionally, some of the best-selling Australian wines have caused a negative perception of Australia.  Yellow Tail and Little Penguin, two of the largest selling wines that are mass produced for novices, have turned off the serious wine buying American public.  A decade ago Australian wine sales in the US hit $1 billion.  Now they’ve fallen to $420 million.

The style of Australian wines is undergoing change.  In the 1990’s and early 2000’s they were influenced by Robert Parker’s fruit-bomb, opulent, high alcohol wines in new oak (Australia’s Grange is one of the few wines in the world to have scored a perfect 100 Parker points).  But the tide is shifting.  In the last decade Australians are rediscovering what wines really work best with their climate, terroir, culture and lifestyle.  Wines that pair best with fish and seafood, as well as the popular Asian and Mediterranean cuisines, and those that can be enjoyed in the country’s popular food-on-the-barbie outdoor lifestyle are now in.  This leaves many high alcohol reds out.

Shiraz, however, remains the most planted wine grape and is equivalent to the combined total of all four of these popular grapes:  Chardonnay, Merlot, Pinot Noir and Sauvignon Blanc.  Cabernet Sauvignon follows Shiraz in number of vines which means Australia currently is big red wine country.   Factor in global warming which creates higher alcohol wines.  But, tastes are changing toward lighter style reds with less alcohol.  Pinot Noirs are often winning best in show beating out Shiraz and Cabernet.  Furthermore, Rosé sales are up.

Wine Regions
Australia is vast with huge differences in climate, geography and terroir.  It’s roughly the size of the US so consider the immense variations between grapes grown in Washington state and Texas, or the difference between Napa and upstate New York.   Below are some of the major wine districts.

Barossa Valley:
Located in the country’s mid-south near Adelaide (think New Orleans in the US), the Barossa is associated with Shiraz, however, today there is also a fair share of white such as Chardonnay and Semillon.

Hunter Valley:
Near Sydney (think Atlanta in the US), Semillon is widely considered the region’s iconic wine.  BTW:  Semillon is a white Bordeaux varietal with an unctuous texture.

Margaret River:
On Australia’s west coast near Perth (think Napa in the US), this is Cabernet country.

Tasmania:
An island off Australia’s southern coast, Tasmania is all about cool weather grapes such as Pinot Noir, Chardonnay, Sauv Blanc and Reisling

Yarra Valley:
Located near Melbourne (think the gulf side of Florida in the US), this southeast area is known for Chardonnay, Pinot Noir, and sparkling wines.

On this visit I plan to focus on the Hunter Valley and Tasmania.   As the Hunter is within shooting distance of Sydney there ought to be good availability of wines from this district in Sydney.  Moreover, I don’t know Hunter wines very well, and I’m a big lover of Semillon.   Also, I have not visited Tasmania but that’s not the only reason that it’s on my radar screen.  Tasmania is leading the country’s movement toward lighter reds such as Pinot Noir.

Australia's fires have been horrific.  Why not show some down under support by buying some of their well-priced wines?