The Science Behind Grass in Your Glass 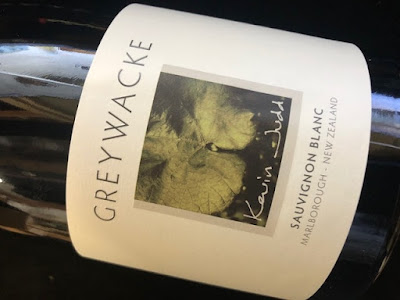 New Zealand's Greywache Sauv Blanc is one of the country's benchmarks
This is the third in a four-part blog series on aromas and flavors in wine that are directly related to chemicals produced during the wine-making process.  Today, we’ll discuss the grassy smell and taste found in wine.  These isn't a figment of your imagination, but is a scientific fact that occurs as a direct result of chemical changes during fermentation.

Have you ever wondered why your Sauvignon Blanc (SB) is reminiscent of freshly mowed grass?  This classical grassiness taste and nose found in many SB’s is due to chemicals called aldehydes.  These compounds, released during fermentation as yeasts turn SB grape sugar into alcohol, evoke the smell of just-cut grass.  The SB grape has  the ability to produce high level of aldehydes.  The perception of grassiness is driven for the simple reason that these same chemicals are also found in grass.  Cutting grass releases these highly fragrant chemicals into the air.

The less ripe the SB grape, the higher the propensity is for aldehydes, and thus the stronger the grassy profile.  New Zealand SB’s are known for their traditional grassy notes.  Kiwi SB’s are purposely picked a little less mature for this reason, but also responsible is the moderate climate where this country’s SB grapes are grown.  The Loire Valley also is famous for SB.  As this area is fairly far north, SB often can’t ripen to its fullest degree, so Lorie wines classically also have grassy nuances.   In contrast, California SB has abundant sun and generally is picked more mature.  This translates to less intense grassy nuances.  In Cali’s warmer growing areas, SB’s actually can take on ripe tropical notes.

Next week we’ll finish this series by discussing one of the common flavors in sparkling wine which is also caused by the science during fermentation.