Prosecco is CROATIAN in Origin ! 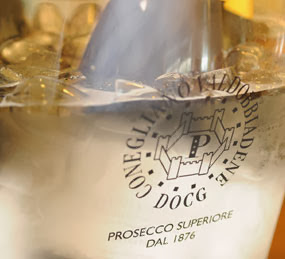 DNA technology is responsible for apprehending criminals, curing diseases that were once thought incurable, as well as finally putting to rest the misleading origin of many of the world’s wine grapes.  Prosecco, an increasingly popular Italian sparkling wine, is one of the latest to have its birthplace accurately identified…and it’s not Italy!

First things first.  Prosecco is the name of the grape, but it’s also the name of the bubbly.  This wine comes from the hills outside of Venice.  A few years ago, this area was granted a special status (DOCG) by the Italian government.  Similar to the Italian wine laws that protect the coveted Barolo, Barbaresco and Brunello de Montalcino, legally only grapes from the Prosecco area can be used to make the sparkler.  The law is meant to protect “knock-off” bubblies from being called Prosecco.

Now, back to the DNA findings.  The Prosecco grape has been shown through genetic analysis to come from Croatia…probably the Istrian Peninsula which is contiguous with Italy.  (After World War I Istria actually became part of Italy, but it was given to Yugoslavia post World War II.  Yugoslavia was later carved up and the Istrian Peninsula became part of Croatia.)   Prosecco’s Croatian origin has caused quite a scandal in the European Union (EU).   The new Italian wine laws granting a protected place of origin (DOCG) to Prosecco have mandated that Croatia’s “Prosec” (a sweet wine) must change its name to something else as it’s too similiar to the protected name of Prosecco.  How ironic is that?  The grape ends up being Croatian by birth, but the Croats have to change the name of their wine to accommodate Italy’s wine laws.

The 2014 tour to Croatia has the option of starting in Venice.  Come have a Bellini (Prosecco mixed with peach juice)  with us on the Grand Canal, and then we’ll hop a short ferry to the Istrian peninsula where we’ll sample their Prosec….and we’ll certainly not touch the subject of EU politics.