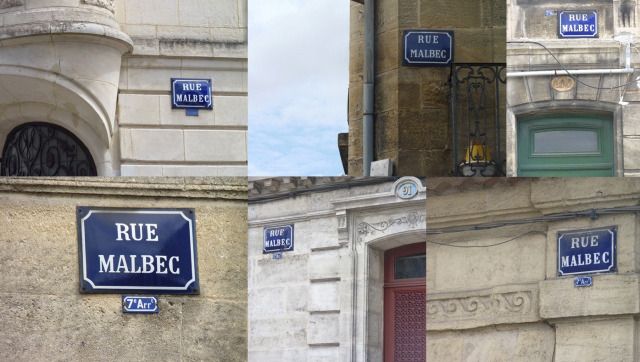 It’s late summer in the Southern Hemisphere and Malbec will soon be harvested in Argentina’s version of the Napa Valley, Mendoza.  Malbec has put Argentina on the international wine map, winning all kinds of Gold Medals at some pretty impressive international wine events.   While 70% of the world’s current Malbec is grown in Argentina, the grape’s origin is France….not far from Bordeaux.

Malbec is one of the five red grapes allowed by law in Bordeaux. At the time of the legendary 1855 Classification, Malbec was the most planted grape in Bordeaux.  This changed in the late 1880’s when the phylloxera bug wiped out most all of Europe’s vineyards. The Bordelais replanted, but beefed up their supply of Cabernet Sauvignon and Merlot which were much easier to ripen in Bordeaux’s cold Atlantic-influenced weather than Malbec.  The horrific cold temperatures of 1956, however, wiped out even more Malbec.   Once again, winemakers in Bordeaux turned to planting the more frost resistant Cabernet and Merlot.  The thicker skins of these two grapes better protected them from frost than the thinner skinned Malbec.

Today, Malbec is only a small percentage of Bordeaux’s blend.   A deeply pigmented grape, Malbec is primarily used to deepen the color of Bordeaux’s cuvees (blends).  With global warming on the upswing, however, this may change.  When fully ripe in Bordeaux, Malbec can also add red fruits such as raspberries to the profile, but more importantly, it can contribute interesting nuances such as tobacco, mushroom and chocolate.  Thus, a Malbec renaissance in Bordeaux may be on the horizon as temperatures are rising.

The Wine-Knows trip in September to Bordeaux is sold out, however, we still have availability on the 2017 Harvest Tour to South America in March.  During the Argentina portion of this tour, we will taste Malbec from the highest vineyards on earth.  For more information about this tour:
http://www.wineknowstravel.com/chile_argentina_itinerary.htm