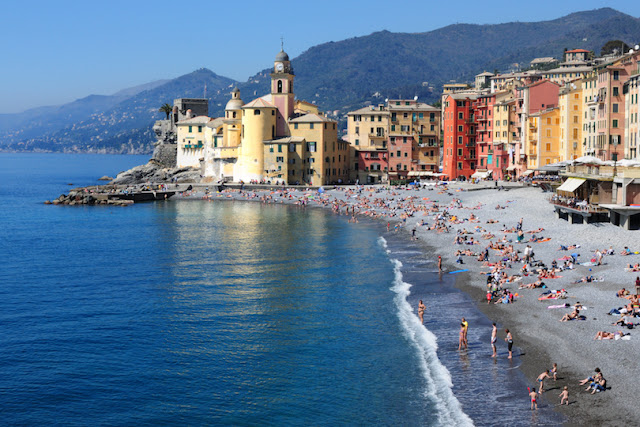 Very near Portofino & Santa Margherita, Camogli is in another world

In keeping with April’s homage to Italy during its battle with Coronavirus, this is the final article in the blog series on Italy.  I’ve been somewhat hesitant to divulge these unspoiled gems in writing for fear these would become the next Cinque Terre.  But there’s never been a better time to share my private list.  Italy sorely needs travelers to replenish its devastated economy.

Each one of these villages are unspoiled by foreign tourists.  All are popular with Italians, but you’re likely to be the only American in town at several.  I’ll start in the north just south of Genoa and work my way down Italy’s western coast as it passes through Tuscany.  Next, will be a resort that’s a popular getaway spot for Rome---near the Amalfi Coast but a world away from the madding crowds.  Then, we’ll travel clear down to the toe of Italy, Calabria.  I’ll finish with a little treasure of a coastal spot on Italy’s east coast, near the heel of the country, Puglia.

Camogli is a real-deal fishing village where clothes are still hung out from balconies to dry
I found Camogli >40 years ago on a train ride down Italy’s western coast from Genoa to Rome.  My heart skipped a beat when the train passed through this stunning small village of brightly colored homes on the sea.  I vowed to return to it the following year---which I did, and have returned nearly 20 times.

In 1989 a landmark cookbook, Italy the Beautiful by Lorenza d’Medici, was published.  This large format coffee-table book had a drop-dead gorgeous photo on its cover---I recognized it immediately as Camogli.  I thought for sure than Camogli was a goner as the cookbook sold to foodies in the US like gelato on a hot summer’s day.  Not true.   Thankfully, Camogli is difficult to reach (most trains do not stop), so a car is required---and there is no place to park it!.  Moreover, Portofino and Santa Margherita (easily accessible) are nearby so most tourists past by charming Camogli.  Big mistake.

I’m going out on a limb here by also divulging my hotel in Camogli, Cenobio dei Dogi.  Once the summer home of the Genoa Governor, this understated four star property has the best position in town overlooking the miniature half-moon bay.  Don’t even think about getting a room without a seaview. 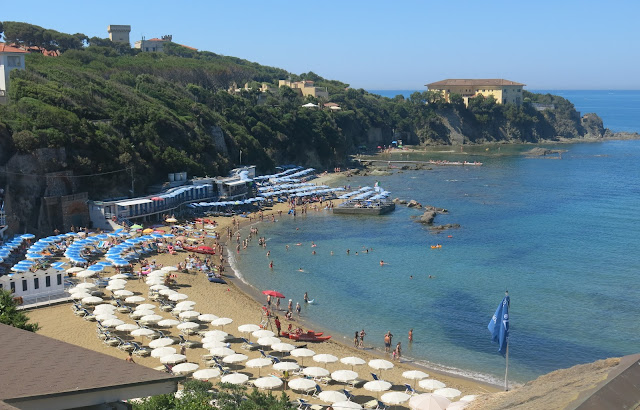 Castiglioncello is a Tuscan gem known only to Italians

I’ll drive miles to seek out the best gelato…that’s how I found Castiglioncello.  I had a group of Wine-Knows on the sea in Tuscany learning about the area’s Super-Tuscan wines.  I heard that Castiglioncello had one of the area’s best ice-cream makers so I took the group for the afternoon.  The gelato was good, but it was the village that everyone loved.  I’ve returned numerous times as it makes the perfect pre Wine-Knows spot to recover from jet lag, or the ideal spot to relax post tour.  (As the town is located just 30 miles south of Pisa, Pisa’s airport makes it easy to access.) 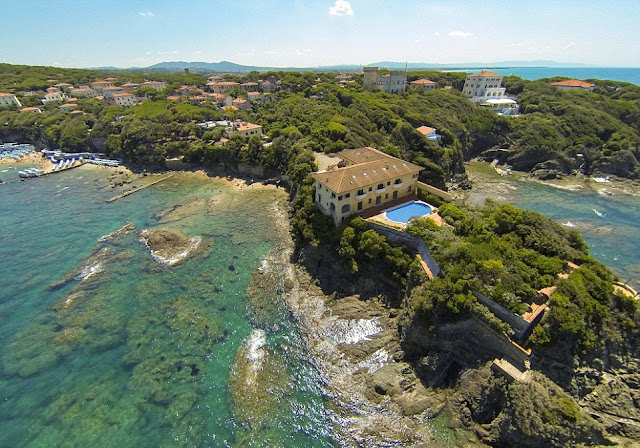 Castiglioncello is positioned on a pine forest promontory with hills that fall right down to the sea forming cliffs, little inlets and sandy beaches.  Homes are built among the pine trees giving it the feel of the pine-filled residential areas of Carmel.  There are only a handful of small hotels as the charming town is filled with vacation homes of inland Tuscans who escape here every summer to avoid the heat and crowds of tourists.   This is the place to rent a villa with friends, or a seaside home…and pretend you’re an Italian on holiday. 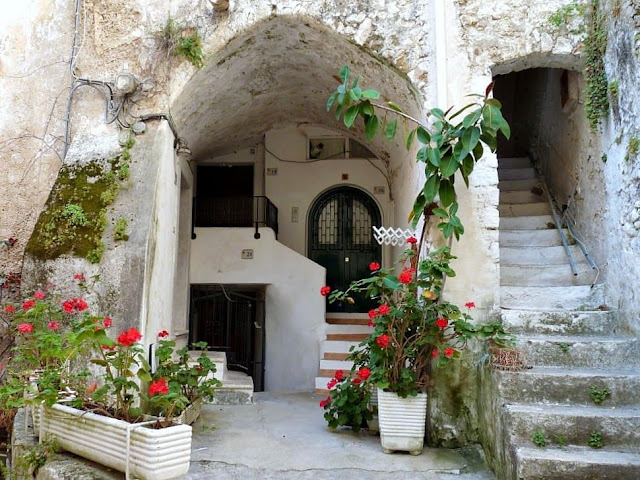 I first learned of this Mediterranean stunner many years ago from a friend who used to live in Rome and frequently escaped here during the summer for a beach holiday. Sperlonga is halfway between Rome and the Amalfi coast, but a world away from both.  Sperlonga is so gorgeous that it has been used for many movie sets.  In fact, Italy’s popular television series Capri is not filmed on the island of Capri---it’s filmed in enchanting Sperlonga. 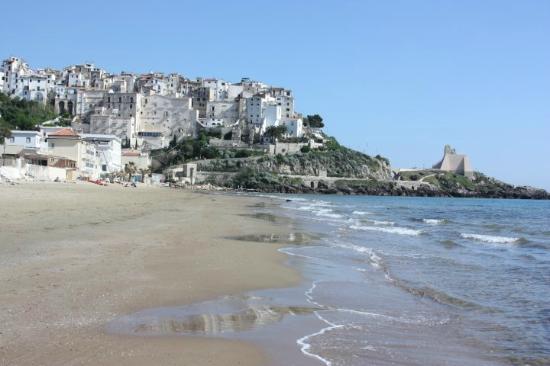 A nearly mile long dreamy beach awaits you in Sperlonga

Sperlonga has one of the best sandy beaches in all of Italy, but it also has a drop-dead dazzling medieval hilltop village.  For me, the best plan is to stay on the beach (love Hotel Aurora, a simple but charismatic family-owned hotel), and then walk to the old town nightly for dinner, or for a morning’s stroll and cappucino. 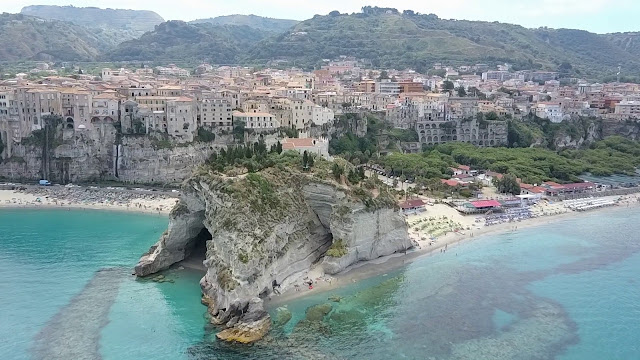 Calabria's Tropea is for "those in the know"

Heading from Sperlonga south 300 miles along the sea we come to Italy’s province of Calabria, the toes of Italy’s boot.  One of this area’s most beautiful town’s is Tropea.   Known for its cliff-side old-town, 2.5 miles of pristine beaches, and its prized red onions, this gem should be on every Italy lover’s radar….thankfully, it’s not as it’s too far south and there are no major airports nearby. 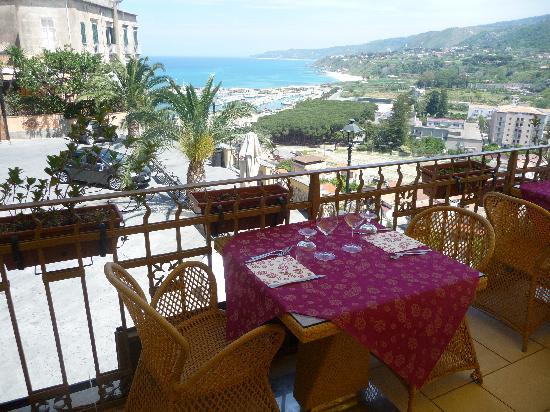 Like Sperlonga, Tropea’s historic hilltop town is right out of a movie set.  Tropea, however, was a far richer and larger town in its maritime hey-day than simple small Sperlonga.   One could spend hours wandering Tropea’s historical center maze of cobblestoned, and pedestrian only streets lined with 17th and 18th century palaces.   Five star Villa Paola is a former monastery that has been converted into a magical 11 room hotel. 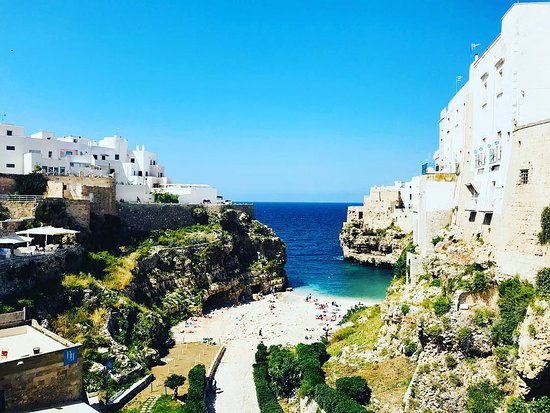 I was first introduced to this charmer when I saw a one page photo of it in a travel article some 30 years ago.  It was so beautiful that I built an entire vacation in Italy’s fascinating area of Puglia around it.  I’ve been back a couple of times since and would jump at the chance to go again as Polignano by the sea is a special destination, spectacularly positioned on limestone cliffs filled with caves along its sea. 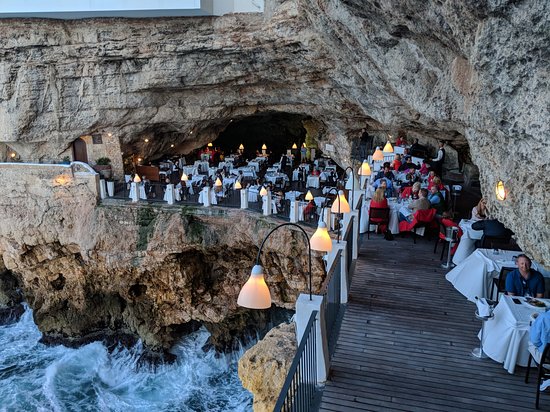 Polignano’s picturesque historic center is a delight.  The town’s only entrance is through the Arco della Porta.  Enter and you find a magical center filled with architectural traces of the town’s Arab, Byzantine, Norman and Spanish past conquerors.  In addition, four of the watchtowers that once guarded the ancient sea town remain and add to the beguiling charm of a past era.

My favorite place to sleep in town is Covo dei Saraceni, a 4 star cliff-side hotel with a terrific view of the sea, and a great feel of the Italian dolce vita.