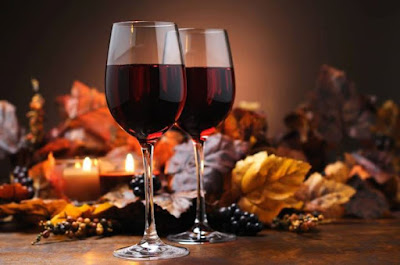 I have long been a fan of Mourvedre (more-VEH-drah).  In fact, I spent several weeks this summer in the epicenter of Mourvedre production…the South of France.  Some think that this inky dark varietal may be native to this part of France so it’s no wonder that Mourvedre reaches rock-star status in this Mediterranean-kissed area.

Mourvedre is a meaty, full-bodied red wine.  It is also a grape.  Mourvedre is used in the South of France primarily as a blending varietal with Grenache and Syrah.  The Mourvedre adds tannins and structure, along with flavors of dark red berries, spices like cinnamon and black pepper, and herbs such as thyme.  The grape can also add a floral note, usually in the form of violets.  Moreover, Mourvedre is second only to Syrah as the darkest colored wine.

If you’re a Cabernet lover you’ll probably find Mourvedre quite appealing.  In the seaside Bandol area (not far from St Tropez), Mourvedre is produced as a 100% varietal.  These wines can be killer.  Domaine Tempier and Chateau Pibarnon are the perennial faves although their prices have escalated the last few years as these wines continue to become more popular.

Although Mourvedre is most known for making concentrated reds, there are also wonderful Rosés from the varietal being made in the South of France.  Domaine Lafage Miraflors is a solid bet for less than $20.  Tempier makes at outrageously good rendition but its price is double Lafage’s Miraflors at about $40.

Why not try something new this autumn?