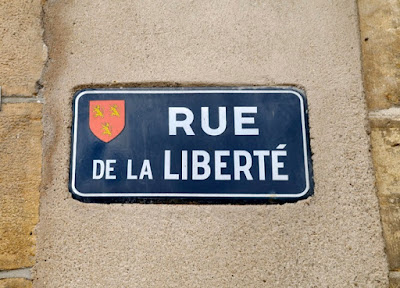 France was the first country in Europe to enact legislation regarding wine.  These regulations, ratified 80 years ago, were meant to protect the French wine industry and consumers from poorly made knock-offs.  Prior to 1935, there was no legal penalty for an Algerian wine masquerading as a Bordeaux, or for that matter, for a cheap Italian sparkling wine being marketed as a French Champagne.  In the latest update to the French wine regulations, however, the pendulum may have swung too far in terms of restrictions.

First, let’s review the new rules.  All wines in France are now classified into one of the following three categories:


As the AOP regulation noose is tightening, the Vin de France category is becoming increasingly interesting.  Some winemakers are revolting against the restrictive laws and declassifying their wines from AOP or IGP to Vin de France.  One of the best examples I’ve heard is that of the Michel Rolland, the globe’s most famous wine consultant.  Monsieur Rolland, who is French, is not only the most sought after wine consultant in the world but is a Chateau owner in Bordeaux.  During a terrible rain, Rolland used plastic sheeting between rows to protect his grapes.  The authorities demanded that wines made from these grapes be declassified to Vin de France as plastic sheeting was not found in the rulebook.  Rolland had to legal choice but to oblige.

Other winemakers are becoming appellation drop-outs for different reasons.  A common motive is to be able to use varieties that aren’t permitted.  Global warming has many winemakers concerned---some are opting out in France so that they can plant varietals that are better suited to warmer temperatures.  Others are opting out of the AOP as a means of protecting disappearing indigenous varieties that aren’t allowed by law.

For the savvy wine consumer, this means that there are going to be some serious values available in the Vin de France category.  Not only well crafted, but new innovative wines.  But, the downside is knowing which ones are these value wines from the 95%  of the others that are swill.  Perhaps the French should create a 4th category called “Liberté” (Liberation).   This one could be for creative winemakers who would like to think outside of France’s restrictive box?